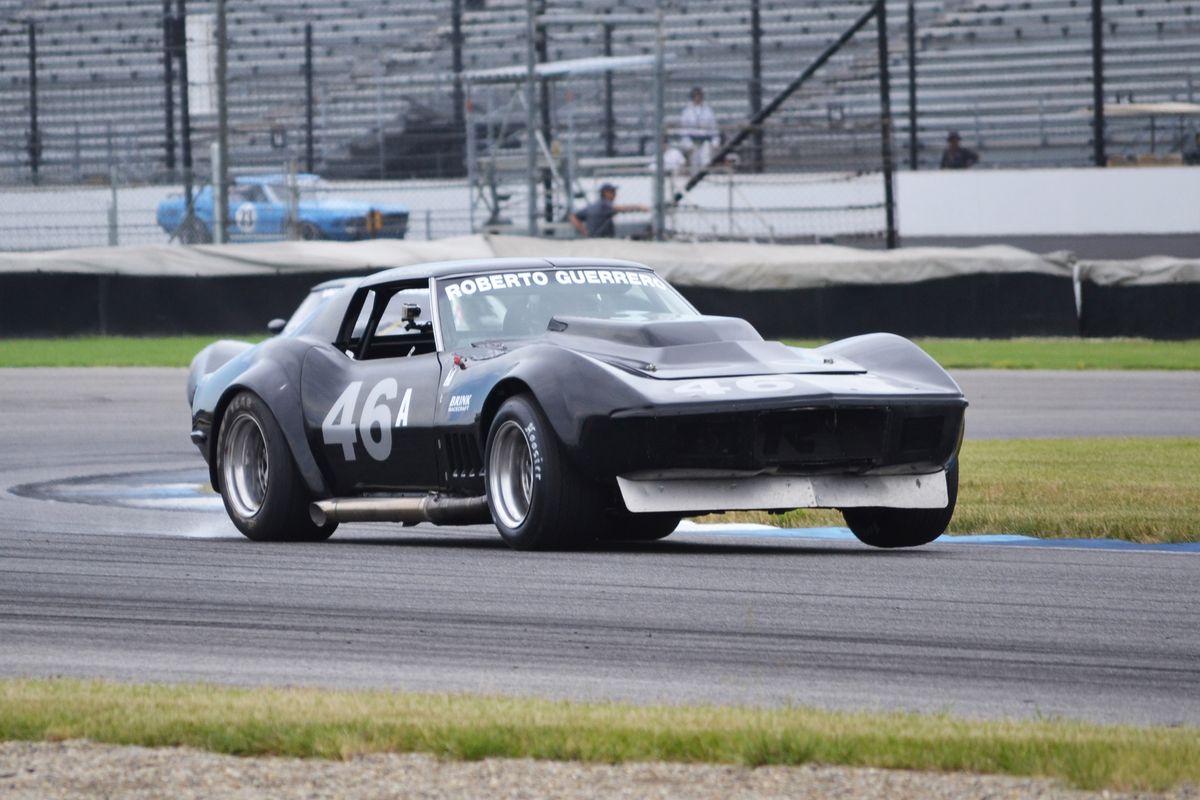 “Roberto is no stranger to our events as he, along with Davy Jones, is a big part of Jaguar’s sponsorship of our series. Still, it’s special when he actually competes wheel-to-wheel in a race this important,” said SVRA President and CEO Tony Parella. “Roberto’s career speaks for itself with remarkable accomplishments in Indy car as well as the opportunity to race in the elite Formula One World Championship as well as the original IROC series.”

Guerrero raced in 15 Indianapolis 500s beginning with his rookie-of-the-year performance in finishing second in 1984. He also won the series rookie-of-the-year award the same year. He finished second in the 1987 Indy 500 after leading late in the race. A delay in the pits dropped him behind eventual winner Al Unser. In his first four “500s” Guerrero never finished out of the top four. He set the Indianapolis Motor Speedway track record in 1992 at 232.482 mph, the first driver to win the pole with a speed over 230.

Guerrero started racing with karts in 1972 in his native Columbia, winning two national championships by 1977. The following year he ventured into British Formula Ford and won eight races. He progressed to British Formula Three where he scored five victories. Guerrero raced European Formula Two in 1981, picking off the Jochen Rindt Memorial Trophy. His success led him to two seasons in Formula One with the Ensign and Theodore teams. He came to America in 1984 to race Indy cars. Over the next few years, in addition to his impressive results in the Indianapolis 500, he scored two race wins at Phoenix and Mid-Ohio. In an Indy car career that spanned 17 years he also earned numerous pole positions and 41 top-ten finishes. His achievements garnered him an invitation to the elite IROC series in 1988.

The Indianapolis Motor Speedway Brickyard Invitational VROC Charity Pro-Am will benefit the Morgan Adams Foundation. The foundation supports laboratory and clinical research in the area of pediatric cancer, with an emphasis on tumors on the brain, spine, and central nervous system. Morgan Adams was a five-year-old girl who lost her battle with brain cancer in 1997. The foundation has a history of working with vintage racers to support their cause.

The VROC Charity Pro-Am presented by Chopard Watch is a Saturday feature event at the Brickyard Invitational. The cars are 1963 to 1972 vintage Corvettes, Camaros, and Mustangs of SVRA “Group 6” A and B Production.  The professionals will be paired with amateur drivers. Amateurs will start the race and be required to drive a maximum of seven laps.

The Pro-Am is one element of SVRA’s “Speed Tour,” where there will be a festival of other activities at the Brickyard Invitational including professional Trans Am by Pirelli series races on Saturday and Sunday. The weekend also presents the Hagerty Insurance “cars & caffeine” car corral, and 300+ vintage racers ranging over 100 years of automotive history racing in SVRA Groups 1 through 12.

Brickyard Invitational ticket information: Fans can order Brickyard Vintage Racing Invitational tickets for either or both days of the event online through the Speedway or by calling 800-822-INDY or 317-492-6700 between 9 a.m.-5 p.m. (ET) Monday through Friday.  Fans can also visit the ticket office at the IMS Administration Building at 4790 West 16th Street between 9 a.m. – 5 p.m. (ET) Monday through Friday. Tickets for groups of 20 or more also are available. Contact the IMS Group Sales Department at (866) 221-8775 for more information. Children 15 and under are admitted free each day when accompanied by an adult. RV camping passes in the IMS infield start at $60 and camping access begins Friday, August 2.