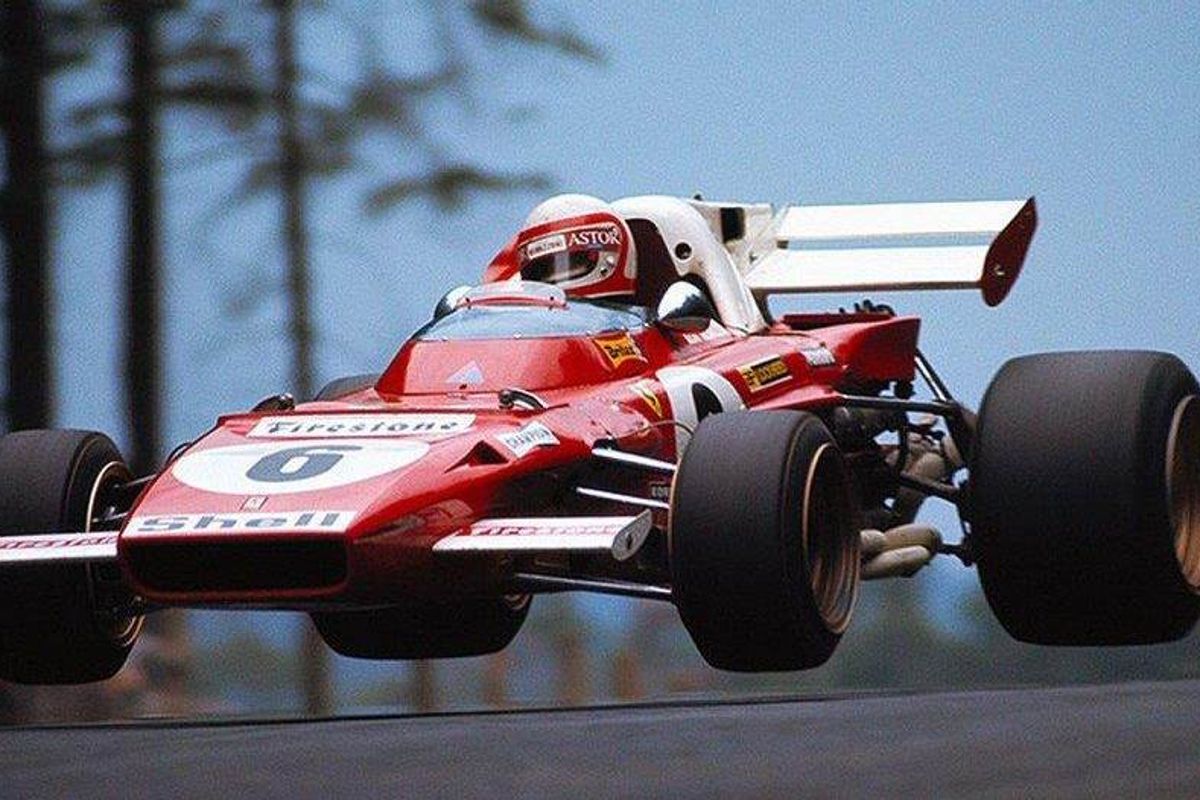 The first installment in this series reviewed the failure of the Ferrari 312/66 to the 312/69 F1 cars, beaten by what Enzo had derisively called the twenty or so English “Assemblatori” or “Garagiste” teams, all with much smaller budgets and even smaller staff.

Thanks to ever-increasing sponsorship, over the next decade F1 would transform from a 1960s club for wealthy enthusiasts to a battleground of sponsors, engineers and aerodynamicists. Ferrari would, in time, be back at the front of the pack thanks to the sale of a major stake in his road car business to Fiat, funding the 312B and the later and more successful 312 T cars.....

Click here to read more of this feature at Ferraris-online      -     with a contribution from  Racecar's Ross Bowdler:

and to catch up on the first installment  - Collecting, then and now......

There was a time when a Ferrari collection began with a Dino or a Daytona and over time a 330 GTC or a 365 GTC/4 would be added. A well-heeled collector might later add a 250 Lusso or a 250 Cab and, if economic fortune smiled, perhaps a 250 SWB or a 250 California spider. Enzo-era Ferraris were affordable by mere mortals, purchased by roofing or drywall contractors, body shop owners, doctors and lawyers. If the enthusiast was lucky enough to be based in Southern California there was no lack of weekend shows and track events where these cars could be shown, shared and tracked. Dozens of Enzo-era Ferraris would share track time at Riverside or Willow Springs raceway or race up the mountainside at Virginia City! Those days are a nostalgic but distant memory.

Times change and as the Enzo-era enthusiasts, the baby boomers, leave the market, a new and younger group of buyer’s lust after a newer era of supercars. Today’s collector often has a business that didn’t exist only twenty years ago. Perhaps they have developed an App, a software program or were an early-hire programmer at the right hi-tech company. In college they dreamt of F40s, F50s or Enzos. A decade or so ago they started with the latest-greatest road car, a 599 or a 458 and then added the cars of their dreams, usually starting with an F40 and then a 288 GTO, an F50, an Enzo and eventually a LaFerrari. The obligatory California T followed by a new 812 Superfast would keep his local authorized Ferrari dealer happy and guarantee the latest and greatest Ferraris kept coming for early delivery.