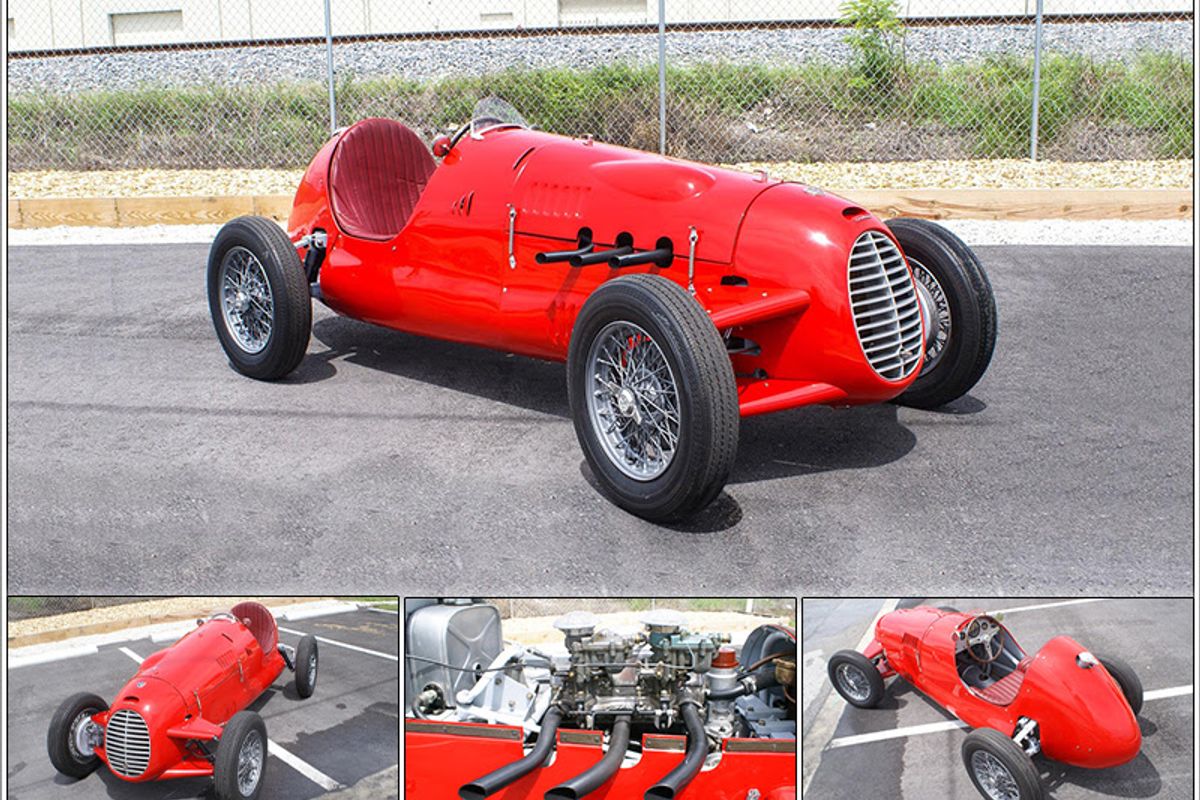 Immediately following the end of World War II in Europe, businessman and former amateur racing champion Piero Dusio sought to return motor racing to Italy with a one-make, single-seater series. Operating through his sporting-goods firm named Cisitalia, short for Consorzio Industriale Sportivo Italia, Dusio commissioned engineer Dante Giacosa to design an economical, yet fast racer using existing Fiat parts. Dubbed G46 and introduced during 1946, the racecar was built around a simple, yet robust spaceframe chassis. Since Giacosa designed the Fiat 500 Topolino before the war, he utilized the engine and suspension components of the Fiat, but extensively modified them for the rigors of racing, including dry-sump engine lubrication and upgrades dramatically increasing power output. Weighing under 400 kilograms, the 60-80 horsepower available from the highly tuned Fiat engine made the D46 highly competitive.

While Dusio's vision for a one-model racing series failed to materialize, his D46s began dominating European voiturette racing. Talented racing drivers including Tazio Nuvolari, Piero Taruffi, Zora Arkus-Duntov, Harry Schell, Roger Loyer, and other greats of the prewar and immediate postwar era piloted the D46 to remarkable wins against many more advanced, but older prewar racing cars and the contemporary Simca-Gordinis that competed against it. German racing legend Hans Stuck purchased a D46, piloting it to victory at the Maipokalrennen at the Hockenheimring, the first postwar German race. A few months later, Stuck also won the first Austrian race after the war, the Hungerburg hill climb in his D46. In all, 30 to 31 examples of the D46 were built during 1946-47, depending upon the source quoted. The success of the D46 encouraged a much more ambitious single-seater Grand Prix project. Complex and costly, the Porsche-designed Cisitalia Type 360 proved to become Cisitalia’s undoing. Piero Dusio fled to Argentina and Carlo Abarth built upon the remains of Cisitalia to start his own enterprise, which went on to enjoy great racing and commercial success.

Documented in the authoritative book, “Cisitalia da Corsa Europa,” by Sergio Lugo Podesta, known to the Cisitalia faithful as “Doctor Cisitalia,” this wonderful 1947 Cisitalia D46 Monoposto is Chassis 19 of the series. It features the twin-carburetor intake system and air-intake scoop, both updates applied to the D46 to remain competitive in 1948. Car 19 was campaigned in European Formula 2 events during 1948 under the Ecurie de Paris banner by Roger Loyer, the Parisian motorcycle racer who captured the French Grand Prix for 250cc and 350cc machines in 1937 and 1938, respectively. His first of five starts at the 24 Hours of Le Mans came in 1938, and after the war, Loyer competed mainly in single-seaters until 1950, but he did achieve success in national-level sports car events too, including victory in the 1953 Coupe du Salon at Monthléry. In 1954, Loyer was invited to drive for Gordini in his only Grand Prix start, the season-opening Argentine Grand Prix. While he did race until 1960, Loyer also designed numerous automotive devices during his professional career.

After its early time in Europe, the D46 was raced in Argentina, where it was found in 1980, disassembled and inside a warehouse. Subsequently, the Cisitalia was restored by Gonzales in Argentina. As offered, it retains the original engine, the original and special rear differential, the original chassis and much of the original body, including the hood, lower body panels and cowl, plus the original steering wheel, gauges and brake components. The tail cone was replaced, but the original item accompanies the car. A proper period transmission is currently installed. Most recently, the D46 was imported to the United States in advance of its offering at Pacific Grove. Riding on a new set of Borrani wire-spoke wheels mounting new tires, this highly engaging postwar monoposto carries an outstanding presence and offers many opportunities to the new owner.