2019 McLaren Senna, Less than 100 Miles at Time of Cataloguing 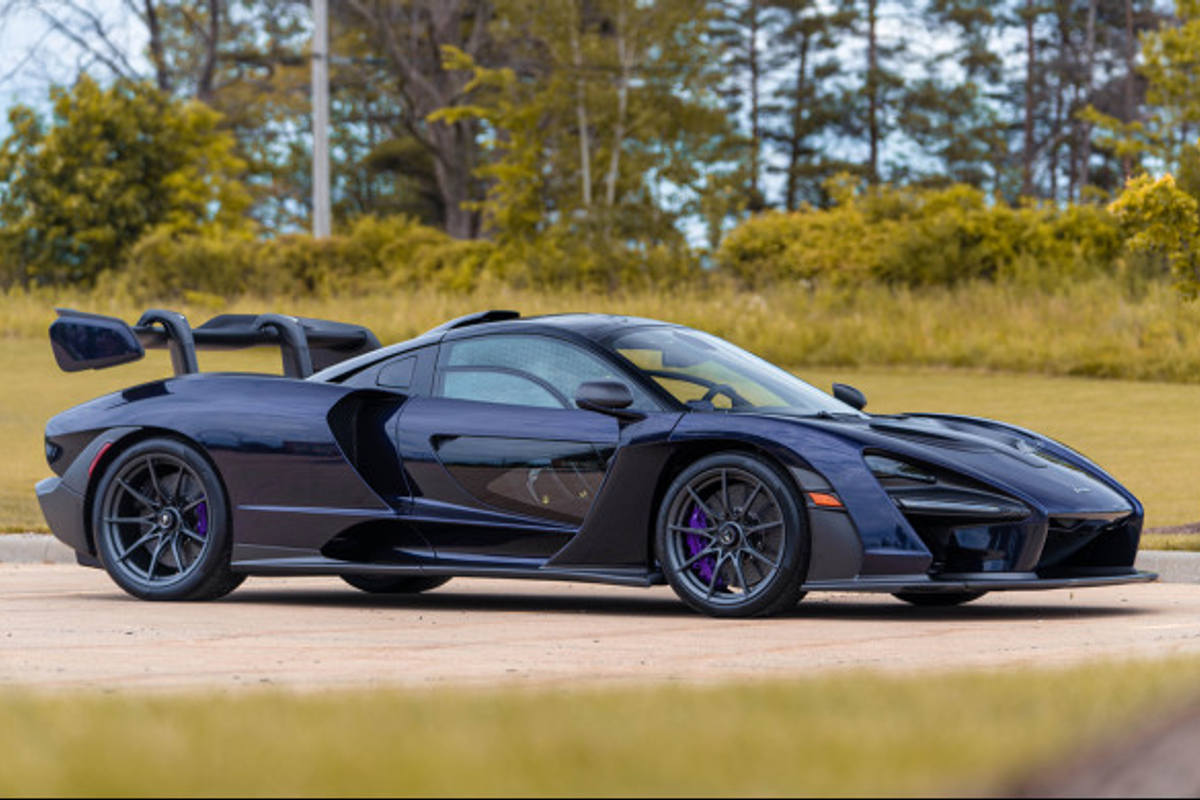 THIS CAR
Honoring Formula 1 driver Ayrton Senna, who won three championships for McLaren, the road-going but track-focused Senna was the second member of the marque’s “Ultimate” series after the P1 hybrid supercar. First unveiled online in December 2017, the Senna debuted at the March 2018 Geneva motor show. The use of the Senna name was marked by the presence of Ayrton’s nephew, Bruno Senna, a driver for McLaren’s GT3 program, who stated the model “honours my uncle because it is so utterly dedicated to allowing its drivers to be the best they can possibly be. There is an absolute, seamless connection between car and driver.”

The Senna’s styling was born of aerodynamic and cooling requirements; as McLaren stated, “you cannot follow a single line from the front to the rear without it passing through a functional air intake or vent.” Providing 1,800 pounds of downforce at 155 mph, angular carbon fiber bodywork featured wide air ducts, a prominent splitter, and active and fixed aero blades up front. A roof-mounted intake scoop recalled the McLaren F1 of the 1990s. At the rear, a double-element diffuser, and an array of stepped louvres funneled air from the rear deck and down the sides of the body, while a hydraulically operated, double-element wing weighing just 11 pounds created massive downforce at speed.

Paired with a dual-clutch, seven-speed gearbox channeling power to the rear wheels, the Senna’s mid-mounted 4.0-liter twin-turbocharged engine produced 789 hp at 7,250 rpm and 590 lbs./ft. of torque at 5,500 rpm. A development from the 720S, the engine featured new camshafts, a higherflow and more efficient twin fuel pump, a redesigned intake fed by the roof scoop, and a carbon fiber intake manifold. The most powerful non-hybrid McLaren road engine ever, it featured a melodious three-outlet exhaust system crafted from Inconel and titanium.

Weighing just 2,641 pounds due to McLaren’s extensive carbon fiber use, incredible performance figures of 0–60 mph in 2.8 seconds, the standing quarter-mile in 10 seconds, and a top speed of 208 mph were quoted. In May 2018, Road & Track magazine said the Senna was “of a breed of hyperfocused hypercar built for an excessive experience rather than just excessive performance, free of anyone’s rules and regulations.”

Accompanied by its books, keys, presentation book, and window sticker displaying an MSRP of $1,051,512, this Senna registered less than 100 miles at the time of cataloguing and presents in stunning condition throughout.

Sold out immediately after its announcement, only 500 Sennas were built. Arguably the most no-compromise, performance-oriented McLaren to date, and standing proudly with the iconic F1, this Senna is ready for use on the track and road.