1959 Lister-Jaguar Knobbly to cross the block at Pebble Beach 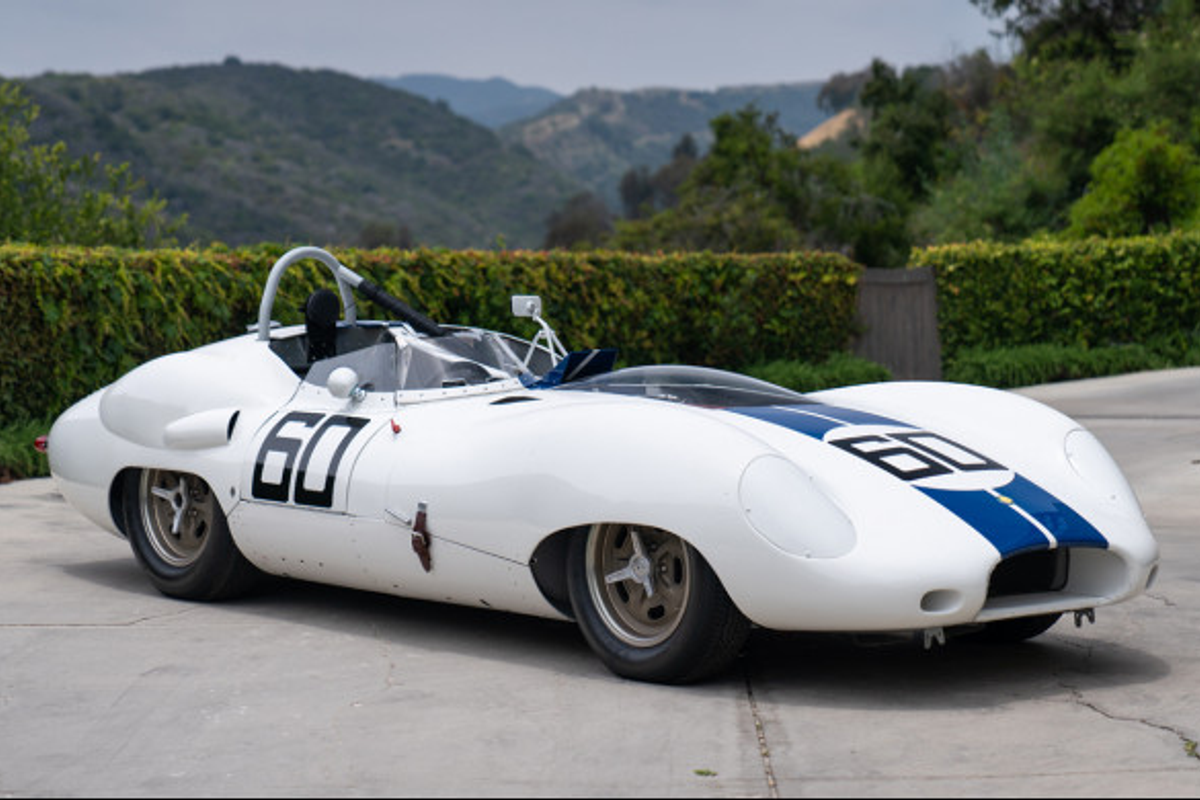 THIS CAR
The Lister-Jaguar literally rose from the ashes of the Jaguar D-Type racing program, which was consumed in a devastating fire at the Jaguar Works facility outside Coventry in January 1957. Faced with catastrophe, Jaguar was forced to focus on restarting its production car line at the Brown’s Lane plant, leaving the decimated competition department to an indeterminate fate.

Enter race car constructor Brian Lister. His family engineering firm, George Lister & Sons, were builders of high-quality metalwork dating back to the Victorian era. A highly skilled engineer, Lister had been deeply involved in race car design and fabrication since building his own Cooper-MG sports special in the early 1950s.

At the behest of sponsor British Petroleum, which desired to return to the international racing stage against rival Esso, Lister sourced Jaguar’s twin-cam six-cylinder engine for a new sports racer of his own design. Utilizing a starkly minimalistic chassis formed around two 14-gauge longitudinal steel tubes, initial cars used aluminum coachwork by Williams and Pritchard Ltd. and weighed barely over 1,900 pounds.

Lister’s body design was intuitively aerodynamic while artfully meeting the FIA dimensional rules of the day. Emphasizing minimal frontal exposure, its low nose rose to clear the tall Jaguar powerplant before falling away to a low-level scuttle, rising again at the top of its Perspex windscreen to the required regulation height of 33″. A dramatic kicked-up tail and driver’s headrest cowling completed its distinctive look. The unusual but effective bodywork of the car earned it the nickname “Knobbly.”

At the beginning of 1959, Lister engaged famed de Havilland aeronautical engineer Frank Costin to pen a restyle for the unconventional Knobbly coachwork. Costin was a prime choice for this challenge, having created the advanced bodywork for the influential Vanwall Grand Prix car of the mid-1950s as well as the iconic Lotus Mark VIII and Lotus Eleven. Costin would later go on to co-found Marcos Engineering Ltd. and continue to produce cars into the early 1990s. Just two Jaguar-powered Costin Listers would be built, with another seven bodies utilizing Chevrolet V-8 engines installed by Lister’s US importers, Jim Hall and Carroll Shelby.

The car offered here, chassis BHL 123 – wearing the initials of its creator Brian Horace Lister – is arguably the most historically important of the entire run of Costin and the Lister Knobbly. Delivered new to Briggs Cunningham and prepared by his legendary chief mechanic Alfred Momo, BHL 123 first saw competition at the 12 Hours of Sebring in 1959 with veteran Le Mans-winning driver Ivor Bueb and the great Stirling Moss behind the wheel. Moss, who had been in 3rd Place at one point, hurried an abbreviated pit stop that resulted in BHL 123 running out of fuel after which Moss was disqualified for hitching a ride rather than walking back to the pits.

By 1961, the car was sold to well-known US sports car dealer and racer Bob Grossman, who later sold it to Phil Forno, who raced it with co-drivers Ed Crawford and Dick Thompson. A string of appreciative owners tended to BHL 123 before it joined the collection of Syd Silverman, who owned Vintage Motorsport magazine at the time. Around 2000, it was treated to an extensive restoration by the Lister experts at The Vintage Connection in Oklahoma City, with subsequent refreshes from them in 2008 and 2009.

A potent vintage racer, BHL 123 won the 2006 Sportscar Vintage Racing Association (SVRA) Group 4 Sprint Races Championship as well as that club’s 2009 Group 4 Enduro Championship. It also particiapted in the Le Mans Classic from 2012-2014 and is accompanied by a selection of race spares at auction. Concours honors include a win at the Cunningham Tribute at The Quail, A Motorsports Gathering in 2007. In 2015, the car appeared at the Pebble Beach Concours d’Elegance®.

Considered the successor to the legendary Jaguar D-Type, this famed Costin Lister-Jaguar vividly evokes the golden age of sports car racing, when it regularly did battle – and triumphed over – the world’s greatest drivers and marques. Highly significant, extremely rare, and thrilling to drive, BHL 123 endures as an extraordinary example of motor sports history.