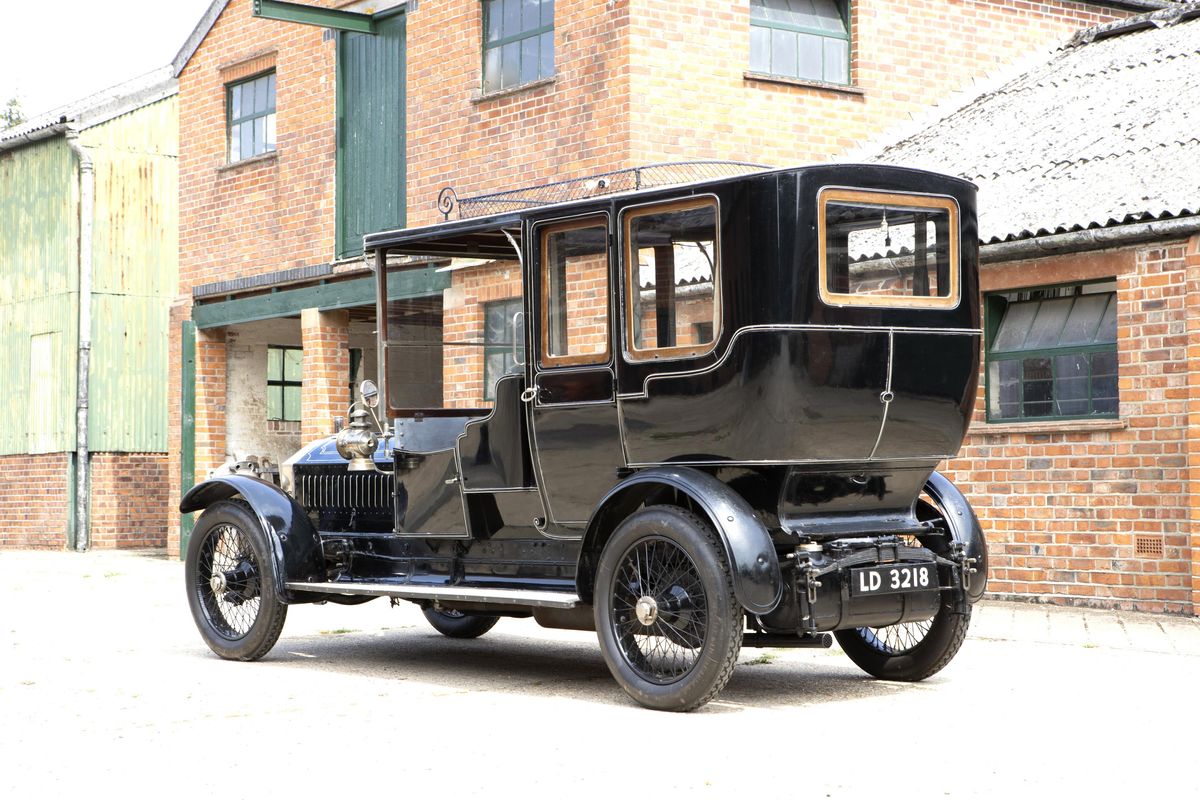 A royal Rolls-Royce and two star TV cars are to go under the hammer at Bonhams auction at Beaulieu’s International Autojumble on Saturday September 7th. A 1927 Rolls-Royce originally owned by King Edward VIII, 1952 Rover from All Creatures Great and Small and 1908 Napier from Downton Abbey are all to be sold at the show.

These remarkable auction lots are sure to excite potential buyers as part of the weekend’s award-winning International Autojumble, which will take place across the weekend of September 7th and 8th. More than 2,000 stands will be packed with classic car spares, motoring books and automobilia, with the Bonhams auction a highlight on the Saturday.

The 1927 Rolls-Royce Phantom I has an incredible history, having been originally owned by HRH the Prince of Wales, who later became King Edward VIII then abdicated in 1936. With its sleek fabric-bodied coachwork by Gurney Nutting, this distinctive and unique car was said to fit the image of a ‘Playboy Prince’.

After a decade in royal ownership, it resurfaced half a century later with its components scattered amongst piles of machinery on a Suffolk farm. After three decades of painstaking work by a Rolls-Royce specialist to piece it back together, the crowning glory of the restoration is a replica of the Britannia-upon-Globe radiator mascot fitted during the King Edward’s short reign, which was re-made using 3D scans of an original sculpture in the National Motor Museum collection. The Rolls-Royce is expected to reach £150,000 - £200,000.

The 1952 Rover 75 was a car star of much-loved BBC show All Creatures Great and Small – familiar to millions of viewers as the car driven by Robert Hardy’s character, vet Siegfried Farnon. Attending veterinary calls and animal emergencies, the classy saloon was put through its paces during filming in rural Yorkshire but was originally owned by a former WWI flying ace. The Rover is currently in need of restoration work and has an estimate of just £1,000 - £1,500, so available for a snip as a piece of TV history.

From a very different era is the 1908 Napier 45hp Type 23 limousine, which was driven in scenes for worldwide success Downton Abbey, as well as making appearances in Peaky Blinders and Mr Selfridge. Built to cosset the super-rich in its luxurious rear compartment, this prestigious British-built car perfectly captures the glamour of the Edwardian era and is expected to reach £250,000 - £300,000.

Admission to the Bonhams sale room is by catalogue only. To register in advance see www.bonhams.com/auctions/25455.

Another show highlight is Beaulieu’s Golden Oldies, a brand new display inviting all manner of pre-booked machines dating from the early days of motoring to 1969 to drive into the show. As well as taking part in the display, their owners can enjoy a complimentary weekend of event bargain-hunting.

Owners who would like to take part in the display with their pre-1970 vehicles should get in touch with the Beaulieu events team to be considered – places are limited. Show entry is free for vehicles that are accepted, with successful owners receiving a pair of three-day entry wristbands.

Visit www.beaulieu.co.uk/events/international-autojumble or call 01590 614614 for details on how to apply.

For more than 50 years, International Autojumble has been an unmissable date on the classic car calendar for enthusiasts to track down elusive spare parts to keep their cars on the road.

Other show features include Automart with an impressive selection of up to 200 vehicles – from immaculate examples to restoration projects. While Dealermart will feature a selection of top condition classics from traders.

A Sunday highlight is Trunk Traders, as enthusiasts sell assorted motoring jumble from their garages, sheds and lofts, providing a great opportunity to find bargains.

One-day and two-dayvisitor tickets are available, with a limited number of premium tickets giving early entry to the showground an hour before the event opens to the public, plus priority parking. Tickets are available in advance online, with discounts for those bought by 5pm on August 29th.

For tickets and details see www.beaulieu.co.uk/events/international-autojumble or call 01590 612888.

Event tickets include entry to the whole of the Beaulieu attraction, including the National Motor Museum with its Chitty Chitty Bang Bang 50 Years display, World of Top Gear with a new collection of cars from the latest series, On Screen Cars, Palace House, the Secret Army exhibition, Beaulieu Abbey and the grounds and gardens.

Exhibitors and Trunk Traders can book their stand online at www.beaulieu.co.uk/events/international-autojumble/exhibitors or contact the events team at events@beaulieu.co.uk or 01590 614614.