September 4, 2019 in Historic and Market 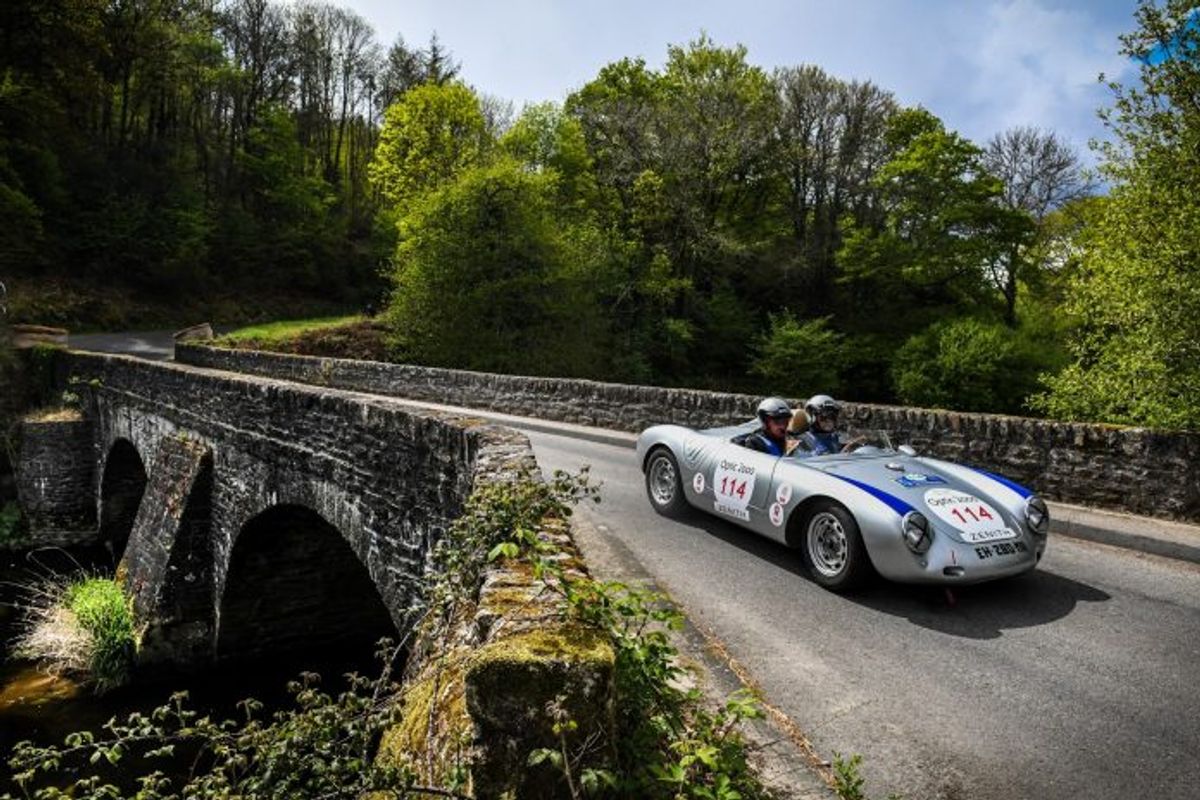 The Tour Auto Optic 2000 is among the not-to-be-missed events on the motor sporting calendar: sportsmanship, rarity and legend are the recipe for its success. This rally is a real open-air encyclopedia and an ode to motor racing.   The 29th running of the greatest French historic rally will celebrate Porsche prototypes. Start your engines: ready, steady, go!

Today, motor sport knows no frontiers as championships and the events counting for them are held all over the world. But to which country do we owe this brilliant idea? To France, where the very first motor race was organised at the end of the 19th century. It was in this era, in 1899 to be exact, that the Tour de France Automobile was held for the first time. The aim was to promote motor car mobility all over the country. Today, this race is considered as the most important motoring event of the 19th century, and is indeed the oldest still being organised. Since 1992, the Peter Auto teams have paid homage to this French pioneering and sporting spirit with the Tour Auto Optic 2000 as well as continuing to write the history of French motor racing.

PORSCHE PROTOTYPES: FROM THE CIRCUIT TO THE ROAD

What is a Porsche prototype? It is the very essence of motor sport, a work of engineering conceived and designed for racing only on both roads and circuits. As an example, a Porsche 911 R, although a very sporty car cannot be called a prototype for the simple reason that it is derived from a series production model, the 911 S. Once the context has been defined, it is easy to understand the fascination exerted by these racing cars: they are at the very core of the German make’s knowhow. Among the models eligible for the Tour Auto are: the Porsche 550 Spyder, 356 Carrera Abarth 1600, 356 Carrera Abarth 2000, 904 GTS, 910, 906 and 907.These cars have left their mark on motor racing thanks to the skills of their drivers like Herbert Linge whom finished 2nd in 1954 with the Porsche 550 and in 1964 at the 3rd position with a Porsche 904 GTS at the Tour de France Automobile. If the aficionados have occasionally been able to glimpse one of these racing cars on a circuit during a historic event, coming across one on the road is very rare. During the Tour Auto Optic 2000 not one but several Porsche prototypes will criss-cross French roads – unreal!

Throughout the year we will cover the history of the Porsche prototypes
eligible for the Tour Auto Optic 2000.

The Porsche 550 Spyder was the very first racing Porsche and the first pukka prototype designed by the German make. The 550 produced in 1953 could race on circuits, in rallies and in hill climbs or quite simply be driven on the road. Its versatility enabled these prototypes to take part in the Tour de France Automobile as the car was homologated
for road use.

Ernest Fuhrmann designed the Porsche 550 Spyder and it was officially unveiled at the 1953 Paris Motor Show in its road-going version, although it had been glimpsed a few months earlier in action on the Nürburgring and at the Schauinsland hill climb with Hans Stuck at the wheel.

This car’s real moment of glory came in 1954 in which it shone in the Mille Miglia driven by Herrmann-Linge who finished sixth and first in class. Boosted by this victory the 550 was entered for the 24 Hours of Le Mans marking Porsche’s first appearance in the Sarthe with a prototype.

In the history of the Tour de France Automobile, it was in 1954 that the spotlight fell on this car and its crew,  Claude Storez - Herbert Linge which took second just behind Jacques Pollet and Hubert Gauthier in Gordini T15S.