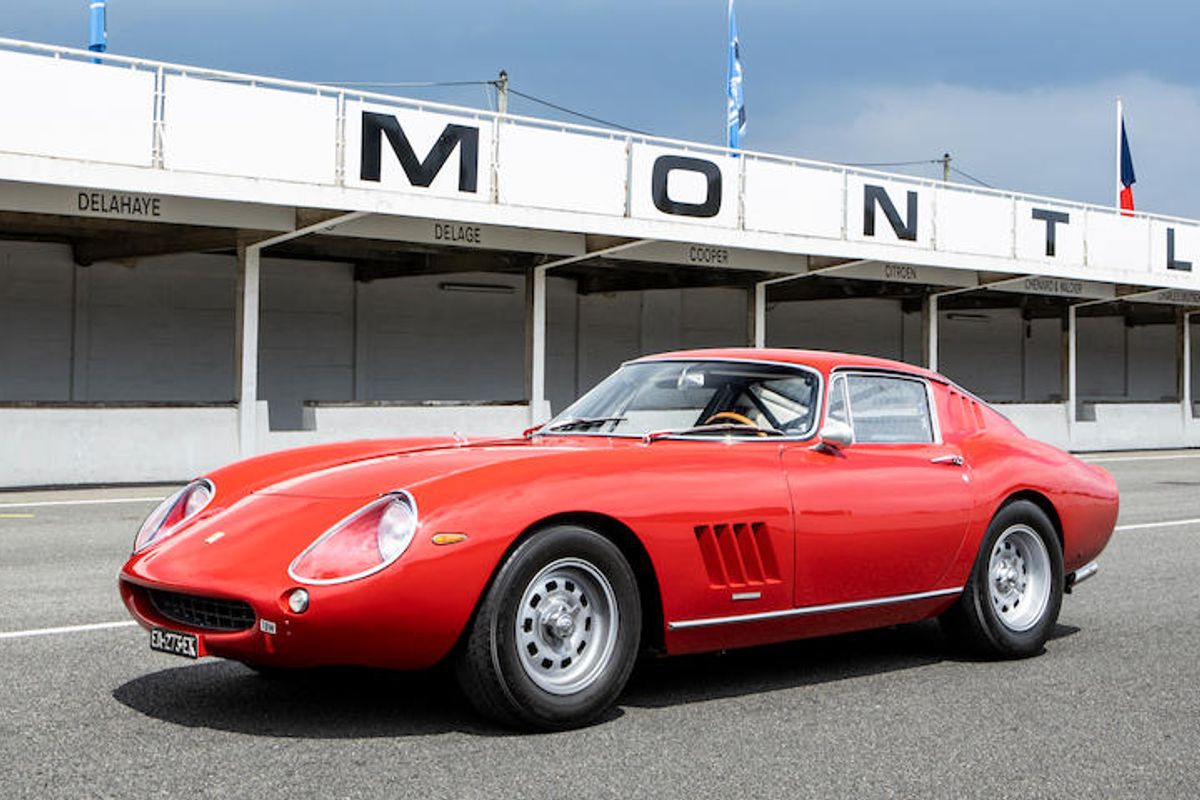 One of only 60 'long-nose' examples produced with an alloy body, the 275 GTB, finished in 'rosso chiaro' with blue interior, was previously owned for some 10 years by Gregory Noblet, son of Ferrari privateer driver and 'gentleman racer' Pierre Noblet, who, together with Jean Guichet, was on the podium at the Le Mans 24 Hours in 1962 (3rd) and 1963 (2nd) in a 250 GTO.

Noblet Junior enjoyed similar success with the 275 GTB in historic racing motor sports events, picking up various podium finishes in the Biennial Le Mans Classic. The car also led the 50th anniversary 250 GTO Tour, the only 275 GTB to be invited to this celebrated event.

The buyer, who was present in the packed saleroom, fought a hard-won bidding battle for the Ferrari – his second of the afternoon, having earlier, by contrast, successfully bid for a Citroen 2CV Sahara!

Meanwhile a younger 'sibling' from the Maranello stable, a 2004 Ferrari Enzo sold to a European bidder in the room for €1,506,500 (and subject to EU import taxes) taking the second spot in the collector's motor cars auction. The pristine example of only 400 'instant classic supercars' which had covered fewer than 27,000 kilometres from new. The three other modern Maranello marvels which featured in the top ten of today's sale were:

Philip Kantor, Bonhams Head of European Motoring, said: "The allure of the prancing horse is always powerful at Zoute, which has been proven by today's results.

The buyers and collectors here are most discerning and so it natural that they appreciated the exceptional quality of the cars on offer today."

Another popular marque making a strong showing today was Mercedes-Benz, represented in the top ten by one of its most desirable classic models, the 300 SL Roadster. The exceptional 1957 'concours-standard' example of the 'jet set' favourite sold today for €1,035,000, while a majestic 1971 280 SE 'Flachkühler' Cabriolet found a new owner for €330,000.

Other Bonhams Zoute Sale highlights include: