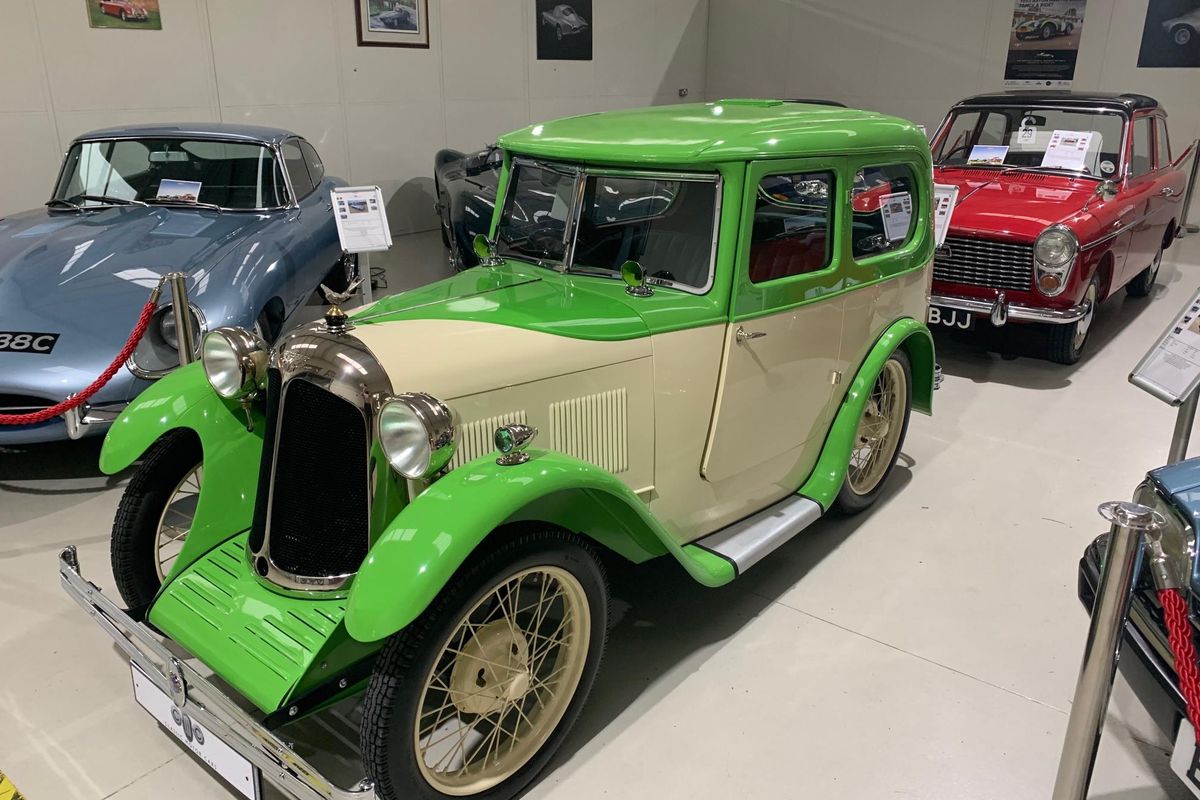 Norman Dewis artifacts to be included in sale
Annual event to be Classic and Retro day allowing young people to bring their vehicles
Valuation day for cars, bikes and automobilia to be staged in February

Classic Motor Cars, the world renowned restoration company, is to hold a major car, motorcycle and memorabilia auction at its annual open day next year. For the first time at a British auction, with the exception of barn finds and other projects, every car will not only carry a fresh MOT, but will also have been inspected and road tested by CMC who will then issue a certificate.

Nigel Woodward Managing Director at CMC said: “The reason that we are carrying out a road test and issuing a certificate stems from a recent incident at CMC.

We were recently approached and asked to sell a fantastic looking two-seater sports car which we were told by the vendor was 100% in every respect.”

He added: “ On inspection the underside was completely rotten and the car just wasn’t what it purported to be and we rejected it. A few weeks later it appeared in a catalogue from a well know auction house who described it as immaculate and 100%.

Nigel said: “We want to attract the very best vehicles to the sale and make sure that buyers know full well that the car or motorcycle for sale has been inspected by CMC.

It’s the way that we deal with all the cars that we sell or indeed restore on behalf of our customers except that on this occasion an actual certificate will be prov
ided showing that the vehicle has been scrutinized prior to being accepted for sale.

It’s should provide buyers peace of mind by answering a lot of the basic questions about the vehicle that are often difficult to ascertain on auction day from a visual inspection and where it is normally impossible to carry out a road test of the car. The certificate will then go onto form part of the car’s provenance whether it sells or not.”

Items will include his office desk, which he used during his time at Jaguar and his cherished briefcase, which he took with him all over the world.

Auctioneer Guy Loveridge said: “This sale is going to provide a new approach to car auctions in the UK in terms of the certificate that will be issued by CMC. I am delighted that we have been able to secure items from the estate of the late Norman Dewis and it gives collectors who knew or admired him a chance to purchase a piece of history.”

Among the cars on offer so far are a 1928 Swallow from the Swallow coach building company set up by William Lyons who went on to found Jaguar. Its is estimated at £25,000 and £30,000 and is probably the best ever to come to auction; a barn find Jaguar E-Type series 2 fixed head coupe from 1972 which was owned by architect, designer and motor racing enthusiast John Reid OBE, who was Pageant Master of the Lord Mayor’s Show. It was driven in the show by the late Graham Hill: Estimate £30,000; and a 1954 Austin Healey 100/4 which was supplied new by The Donald Healey Motor Company, in Warwick and which has been fully restored and prepared for historic competition, holding both FIA and FIVA paperwork. Estimate: £75,000 - £85,000.

The company is taking entries for the sale now but on February 29th, 2020 it will hold a valuation and appraisal day for cars, bikes and automobilia, when owners will be able to get a free valuation on their precious items. CMC will be open for the day with tours of their famous facility and it will also be hosting a motoring book fair.

The open day and auction will take place on Saturday May 30th and like all CMC open days will be based around a specific theme.

This year it will be ‘Retro and Classic’ cars with the intention of attracting younger people to bring the cars that they are interested in as well as attracting classics of the future.

Nigel said: “ CMC has always encouraged young people to get involved with classics which are evolving all the time.  We have our own apprenticeship program and we are partners with the Marches Centre of Manufacturing and Technology, which runs a variety of motoring courses for young people.

We want to ensure that young people are not only attracted to the world of classics but that they have the chance of getting involved from hands a on perspective.

To that end we want young people to bring their 80’s and 90’s Retro vehicles and to vote for which cars they think will be the classics of the future.

But of course we want to see as many classic cars and car clubs at the event as we can and there will be a number of activities.”

Nigel Woodward said: “There will be no seller’s premium as in most traditional auctions only a flat admin charge of £250 per entry to cover the cost of the MOT, vehicle inspection and certificate. Whilst this is not a warranty we feel it should give a far greater indication of a cars overall condition and provenance than has historically been available to buyers in the auction market. There will be a buyer’s premium of 15% + VAT.”