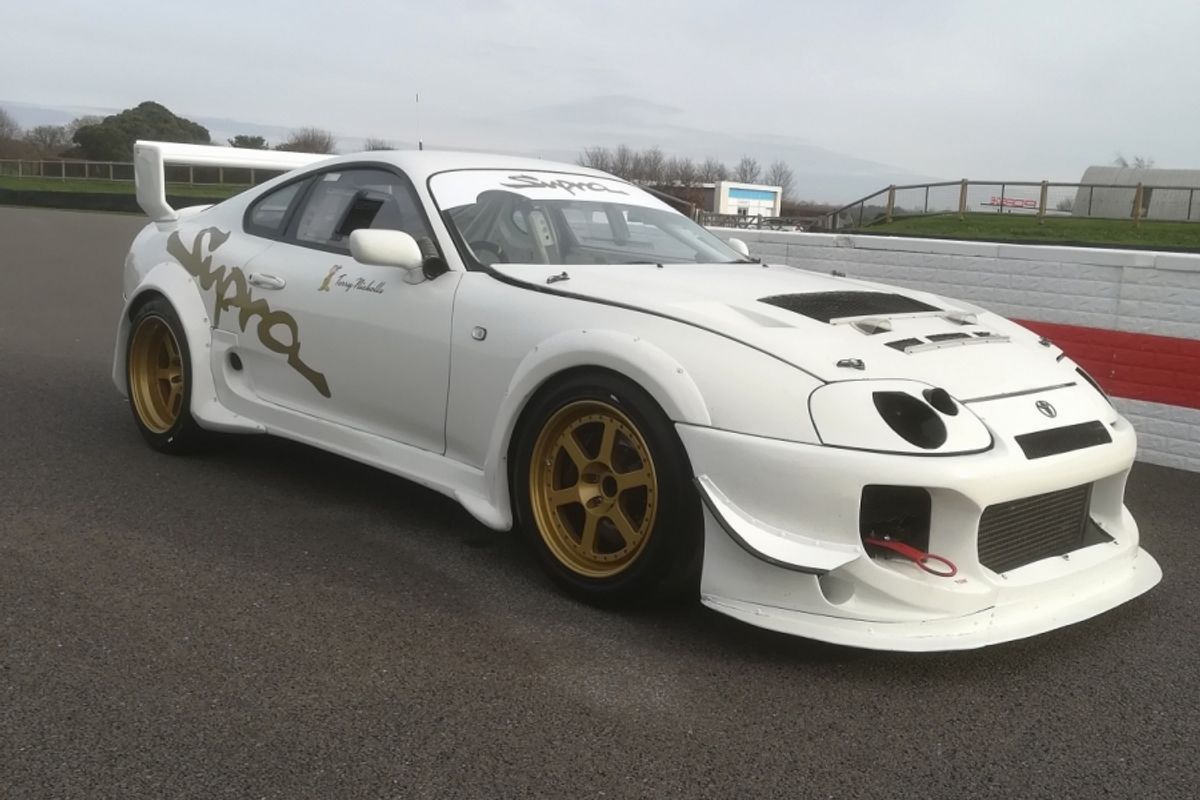 Includes a Brian James covered twin-axle trailer with an electric winch and tyre rack
Finally unveiled at the 1993 Chicago Motor Show after four years in development, the A80 Supra's proportions and flowing design owed more to the 2000GT of the Sixties than its predecessor.

With a long, low bonnet line and high-rise optional rear spoiler it was aerodynamically efficient and clearly aimed at delivering a much higher top speed.‘Less is more’ was the key concept during development of the A80, manifested in external dimensions that were shorter, lower and wider than the outgoing Mk3, while the extensive use of lightweight materials helped the engineers lose 100kg of mass compared to its predecessor.

The visually dramatic, full-race Mk4 Supra on offer here has been developed over a five year period by our vendor who is an experienced competitor but at the respectable age of 74 has now decided to hang up his helmet. He has enjoyed his motor racing in the Supra in the past but it hasn't been used in anger for a couple of years now apart from a track test in August 2019. Smartly finished in Toyota Super White with gold graphics and gold 6-spoke 18" alloys, it's fitted with all the appropriate safety equipment required to comply with circuit regulations, however interested buyers will need to check the currency of dated items.

The car is fitted with the legendary 2JZ-GTE twin-turbocharged, inter-cooled 3.0 litre, DOHC, inline-six which, we understand, now produces an attention-focussing 627bhp/570 lb.ft at the hubs fed through a 6-speed Getrag/Toyota V160 gearbox. We are informed it has Quantum suspension, a 3-way boost adjuster, new precision ball bearing Turbo, power steering with a cooler, new front and rear brake discs and a heated front screen. It's currently fitted with 18” Pirelli P-Zero slicks and the spare set are fitted with intermediates. There is also a set of Toyo 888 wets. The package is completed by a Brian James covered twin-axle trailer with an electric winch and tyre rack.

Perhaps not for the faint-hearted but this fully developed, well prepared Toyota racer will allow you to enjoy that certain purity of thought engendered by sitting behind 630 bhp as you thunder down to Paddock Bend.