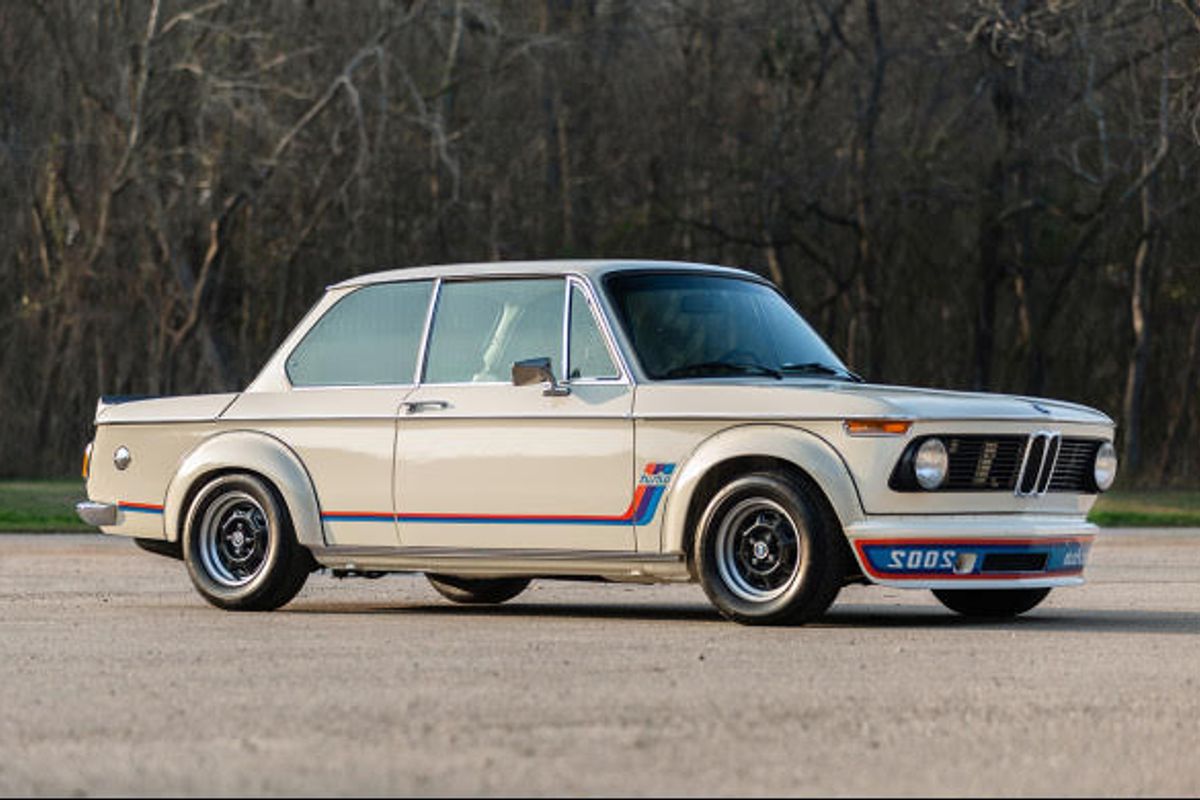 A Highly Sought-After Example of BMW’s Ultimate 2002
First European Production Car to Feature a Turbocharger
A Rare and Iconic High-Performance Model; One of Only 1,672 Built
Delivered New in Germany; Restored and Maintained by Respected Specialists
Accompanied by BMW Certificate, Owner’s Manual, Documentation, and Accessories

BMW introduced the original 2002 in 1968, and it was the fuel-injected tii model that provided the basis for the ultimate 2002 – the Turbo. Easily identified by its deep front air dam, wheel arch extensions, rear spoiler, and vibrant graphics, this top-of-the-line model debuted following a successful racing program that saw a works-entered turbocharged 2002 win the 1969 European Touring Car Championship.

This 2002 Turbo was completed on February 2, 1974, in Chamonix paint over black leather and was delivered on March 14 to Autohaus Panzer of Nuremberg, Germany, as per the accompanying BMW Classic Certificate. Additional documentation suggests that a significant amount of work was performed during the late 1980s, and according to a comprehensive dossier of receipts from certified BMW dealerships in Germany, the car was comprehensively restored between 2011 and 2014. The 2002 Turbo remained in Germany until 2015, when it was exported to the US, and has since been annually serviced and maintained by DriverSource of Houston. In 2019, this BMW was tuned and prepared for the 700-mile Raduno Rally, which it completed effortlessly.

Offered with its original owner’s manual, dealer brochure, German registration records, BMW Classic Certificate of Authenticity, and copious records and invoices, this well-sorted and beautifully presented 2002 Turbo is ideal for shows, tours, and club gatherings – or simply an exhilarating drive to the office.