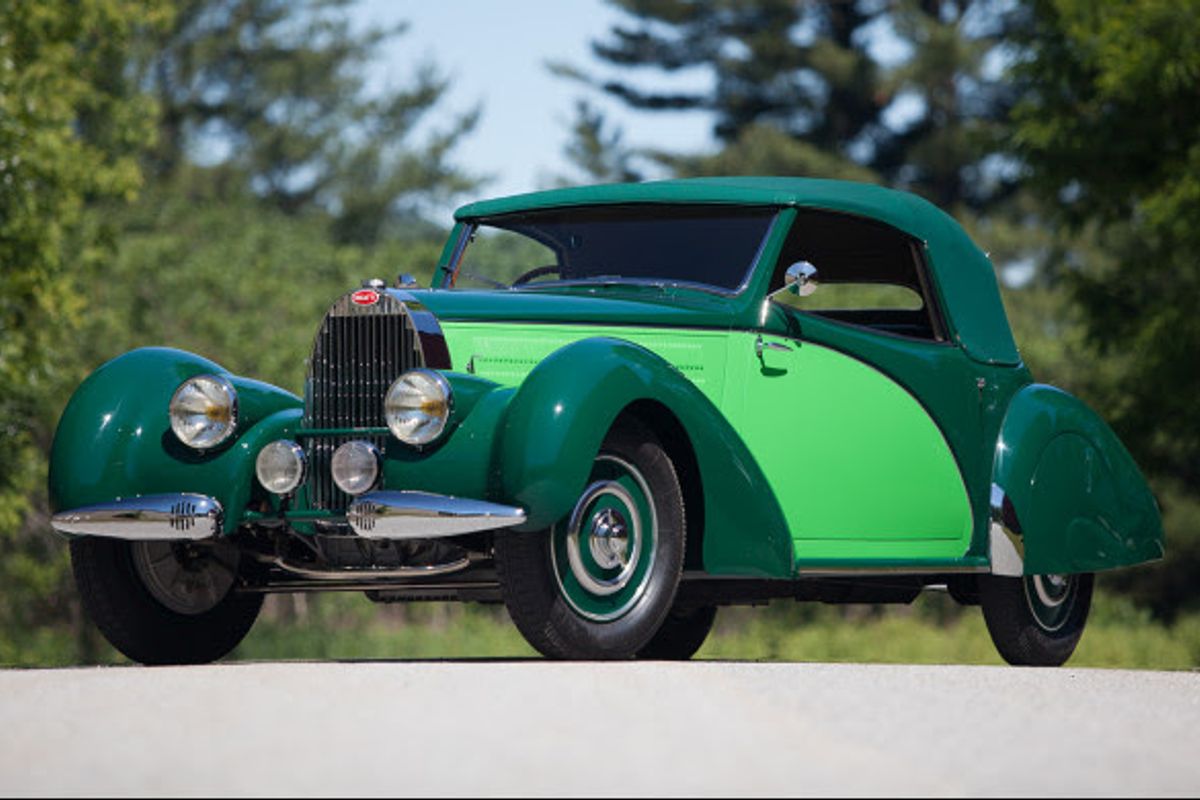 The Bugatti Type 57 was introduced in 1934 and is widely regarded as a masterpiece from the hands of Jean Bugatti. Recognized worldwide by classic car historians as a brilliant example of automotive artistry, the Type 57 Bugatti is admired by enthusiasts for its magnificent twin-cam inline eight-cylinder engine, sublime Art Deco styling, and exceptional attention to detail.

The Bugatti presented here, chassis 57644, was produced in 1938 and produced as a limited number of Type 57s originally fitted with elegant Three-Position Cabriolet bodywork from Parisian coachbuilder Letourneur et Marchand and finished in green with cream coves. This stately Bugatti was initially sold through the Paris concessionaire and then passed into the hands of a Dutch textile manufacturer following WWII. In 1949, the Bugatti was sold to Major Rudi van Daalen Wetters, whose family would retain the car for the next 66 years. It was not until 2015 that the Wetters family sold their beloved Bugatti to the current owner, a close family friend and pioneering collector of prewar French automobiles.

In the care of the current owner, chassis 57644 benefitted from a complete, concours-quality restoration overseen by esteemed Bugatti authority Scott Sargent of Sargent Metal Works in Vermont. This work saw the car returned to its original splendor, with the Cabriolet coachwork beautifully refinished in a dynamic two-tone green color scheme. Consequently, the experts at Leydon Restoration completely rebuilt the original engine and included the fitment of a Brineton Engineering supercharger, bringing the car up to full 57C specification.

Upon completion of its three-year restoration, the Type 57 entered the 2018 Pebble Beach Concours d’Elegance® where it successfully won a class award, and has since participated in several American Bugatti Club events across the US. Featuring spectacular original coachwork by Letourneur et Marchand, a history chronicled by respected marque historians, and exceptional provenance, chassis 57644 offers an exciting opportunity to acquire a historically significant and exquisitely restored Type 57 Bugatti.