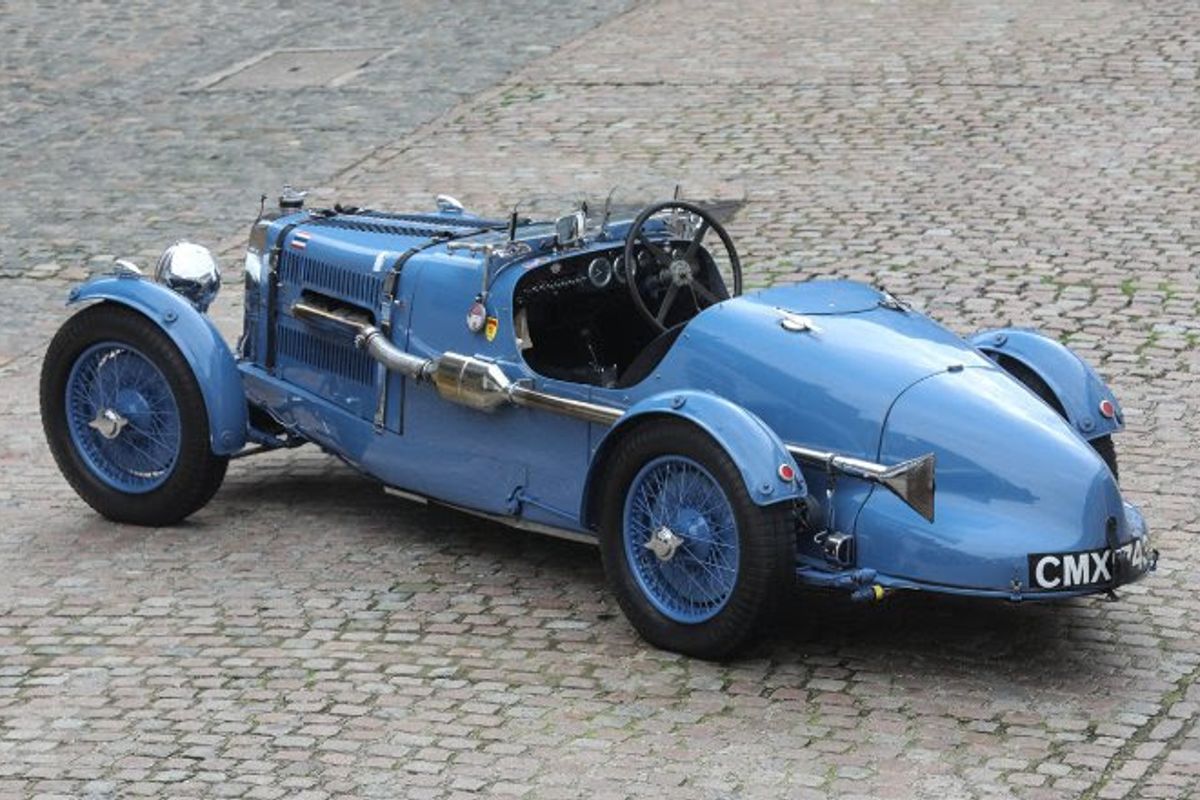 Raced in the 1935 R.A.C. Tourist Trophy; First in Class at the 24 Hours
of Spa in 1936
Well-Documented Provenance with Just Two Private Owners Since 1949

Unveiled at the 1934 Olympia Motor Show, the Ulster was described by Aston Martin as a replica of the LM-series works cars that won the Team Prize at the prestigious R.A.C. Tourist Trophy in Ulster. Of the 31 Ulsters built, surely the most famous and recognizable is this brilliant blue example first owned and raced by the charismatic Prince Birabongse Bhanudej Bhanubandh of Siam, better known by his nom de course, B. Bira.

While part of Bira’s famed White Mouse Stable, the Aston Martin was campaigned just once – at the 1935 Tourist Trophy, where a burst oil pipe forced a retirement. In the hands of its second owner, William Headlam, the Ulster was rebuilt at the works and scored a class win at the 24 Hours of Spa in 1936. Around 1949, Stuart Sharpe acquired the Ulster and took it apart in anticipation of a restoration that never occurred. The car remained disassembled until 1995, when it was sold to the current owner. In his care, Ecurie Bertelli restored the Aston Martin, fitting the car with a spare engine (numbered E4/429/L) and new scuttle bodywork, while preserving the original components, which accompany the vehicle. It has since been successfully campaigned in historic races, including the first three Le Mans Classic events, and on the concours circuit. Given its aristocratic provenance, competition pedigree, and magnificent reawakening from a decades-long slumber, Prince Bira’s Ulster is an irreplaceable artifact from the most romantic era of motor racing.