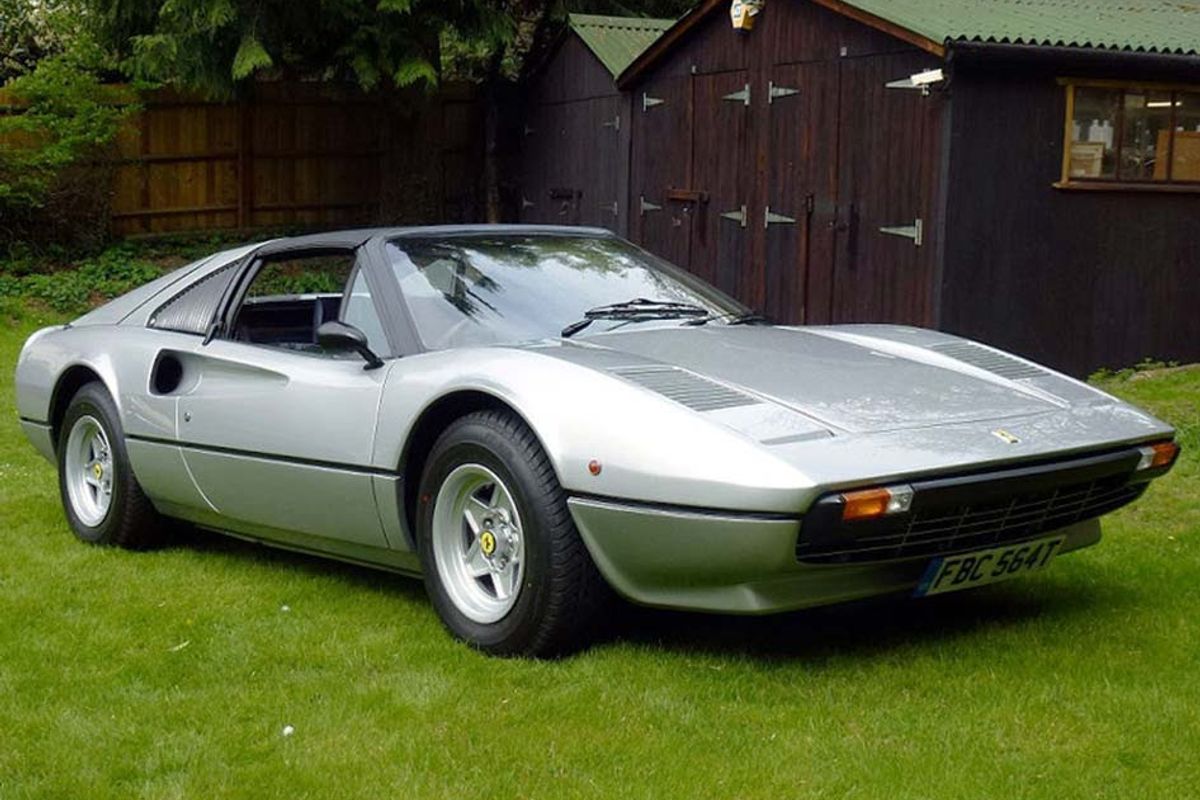 Considered by many to be one of the most beautiful designs of the 1970s/80s, the Ferrari 308 GTB was launched in 1975. Although the 1973 introduced 2+2 Dino 308 GT4 had nominally taken over the mantle of its namesake, the illustrious Dino 246 GT, the 308 GTB was in many ways the true successor to this classic design. Styled by Pinninfarina (the Dino 308 was Bertone's one and only Ferrari design) the 308 GTB was built by Scaglietti on the chassis and suspension of the 246 with a brand new 2926cc dry-sump V8 engine and most notably featured distinctive sculptured air intakes on the body sides ahead of the mid-mounted engine. Initially the cars were built with some fibreglass body panels (another first for a Ferrari) but from May 1977 all-steel construction was used.

Long awaited, the open-topped GTS Spyder version arrived in March 1978 with a detachable centre roof section much in the manner of a targa rather than a full convertible. It did however only enhance the 308's delectable lines and the model then evolved through a fuel-injected version into the 3.2 litre 328 GTB/GTS until its replacement in 1988 by the less widely admired 348. By this time the 308/328 had become Ferrari's best-selling model to date, these sales including an Italian-market only 208 GTB/GTS 2-litre produced to circumvent Italian taxation laws.

We are delighted to offer this desirable early production RHD carburettor example which has been the subject of a comprehensive restoration by renowned specialists GTB Restorations Ltd of Elmswell, Suffolk costing approx. £46,000 in 2016. A photographic feature on their website records their progress and gives testimony to the care and attention lavished on the car. The 308 GTS has been showcased at many GTB Restoration Ltd events. A detailed summary of works carried out by them is also contained in the accompanying history file together with a photographic record comprising numerous images on disk.

Works carried out included thorough restoration of the bodywork followed by a high quality and expensive bare metal respray to a 'piano finish' in the original shade of silver, attention to the blue interior including recovering of the seats, refurbishment of the wheels using the correct base coat and an engine overhaul which included the fitment of solid race valves. The vendor, who commissioned the works, has striven to keep the car as original as possible even down to sourcing a correct Carello headlamp replacement and correct vinyl to rejuvenate the targa roof section. New tyres were fitted all round including the spare and the original Ferrari labelled windscreen was retained. The all-important cambelts were replaced at the same time as the other mechanical work and the car has only covered a minimal mileage since completion. The odometer currently registers some 55,800 miles only.

Understood to have been owned new by musician Tony Banks, of Genesis fame, FBC 564T has been in the current ownership since 2011 and is now only being offered for sale to help fund the purchase of another Ferrari. Offered with a detailed history file of invoices for past works and the recent restoration, original sales invoice, assorted expired MOT certificates, owner's manual, replacement service book, Swansea V5C document and current MOT.

The car has been inspected over by Paul Hargreaves Racing of Bedfordshire and carries a fresh MOT. The original steering wheel, professionally re-leathered, has now been fitted. Whilst there would appear to be a plethora of tired LHD examples currently being offered on the market, a cherished and restored righthand drive carburettor model 308 GTS is much harder to find and we believe this fine example, properly looked after, should provide years of trouble-free enjoyment for the next owner