Mazda at 100, a history of competition success, including Le Mans & Spa 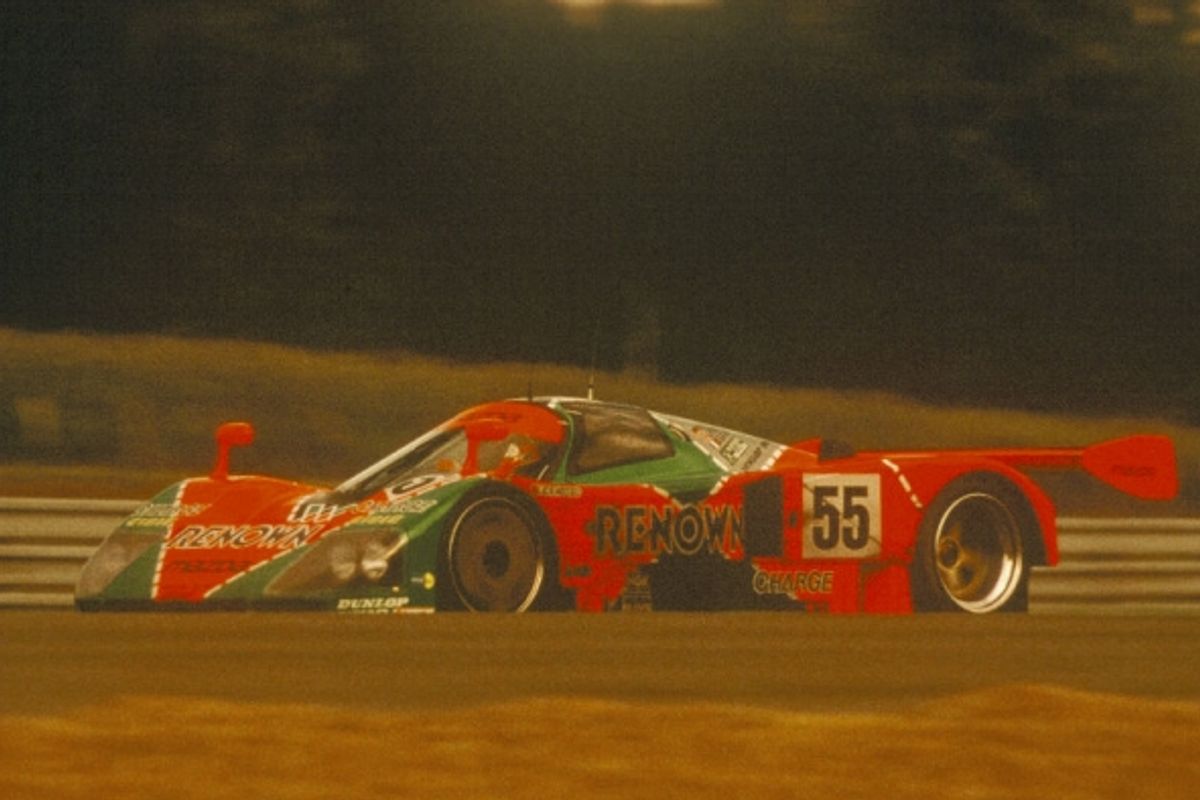 Highlights of Mazda’s global motorsport heritage include overall Le Mans and Spa 24 Hour victories.
From the beginning of the company, motorsport has highlighted sporting attributes and reliability.
Today, Mazda North America competes in the IMSA Sportscar Championship with the Mazda RT24-P.

With a century of history that has seen Mazda turn itself from a manufacturer of cork products to a successful independent global automotive company, Mazda’s story has always had engineering innovation at its heart and Mazda has never been afraid to highlight the capabilities of that engineering in the fierce world of motorsport competition.

By demonstrating its products in the public eye, putting them to the test against rival manufacturers on the racetrack and rally stage, Mazda validated its technology, marketed its cars across the globe and inspired countless privateers to compete in their own Mazdas at all levels of motorsport. This never stop challenging approach has seen Mazda compete from the very earliest stages of the company.

When industrialist Jujiro Matsuda took charge of Toyo Cork Kogyo Co., Ltd in 1921 and transformed the business first into a machine tool producer he spotted an opportunity to promote his evolving company.

Motorcycle racing was popular in Japan in the late 1920s but most of the bikes were imported or assembled from imported parts. Toyo Kogyo, as Mazda was then known, wanted to build a domestic Japanese bike and began development of a prototype in 1929. A 250cc 2-stroke prototype motorbike was revealed in October 1930 and to everyone’s surprise it won its first race beating a British-made Ariel, which was one of the most-respected and fastest bikes of the time.

Toyo Kogyo went on to produce 30 more motorcycles in 1930, but commercially Matsuda took the decision to instead focus attention on developing the practical Mazda Go three-wheeler, setting the company on the road to success in automobiles rather than motorbikes, and leaving Mazda’s flirtation with motorbikes as a small snippet in the 100-year story of Mazda, but one that started with victory in motorsport.

However, this approach of using motorsport to promote the company and its new products was revisited three decades later as Mazda expanded to sell cars across the globe. Just seven years after the launch of its first car, the tiny R360 Coupe - Mazda revealed the stunning rotary powered Mazda Cosmo Sport. So, what better way to show the world this unheard-of Japanese sports car than to head to Europe and the hugely competitive world of European racing. And for this first foray into international motorsport in 1968 the company didn’t choose the easy option, instead they opted to test the endurance and reliability of the Cosmo’s rotary engine in the grueling Marathon de la Route – a mind-boggling 84-hour race around the fearsome 28km Nurburgring circuit.

While one car crashed out of the race, the surviving Cosmo finished fourth, beaten only by a pair of Porsche 911s and a Lancia Fulvia – considered at the time to be two of the finest sports cars in Europe. Mazda, the rotary engine and the stunning Cosmo had made their mark.

After success in the 1968 Marathon de la Route, in 1969 Mazda entered the Spa 24 Hour race with three Mazda R100 coupes. The R100’s twin-rotor engine produced 200bhp at 9,000rpm, while the unsilenced noise of the rotary engine left European fans in no doubt about the unique engine under the bonnet. Held on the ultra-fast original 14km Spa Francorchamps circuit this race tragically claimed the life of Mazda driver Leon Dernier, yet the Mazda team bravely continued to race.

Against competition from BMW, Lancia, NSU, Gordini, Mini, Alfa Romeo and Porsche, the remaining Mazda R100s finished fifth and sixth, behind four Porsche 911s. The little rotary powered coupes had proved their speed and reliability in one of Europe’s toughest races, while repeating the success of the Cosmo the year before, a R100 finished fifth in the 1969 Marathon de la Route.

Building on these successes abroad, Mazda focused on racing at home in Japan – taking on the Nissan Skyline in domestic racing with the new RX-3 coupe. In the 1972 Fuji Grand Prix race for touring cars the RX-3s took a historic 1-2-3 finish as the battle for supremacy with Nissan reached a new level of intensity. The RX-3 also became a popular and successful race car around the world – competing in the USA, Europe and Australia.