Marcos Ambrose's winning NASCAR up for auction for the first time 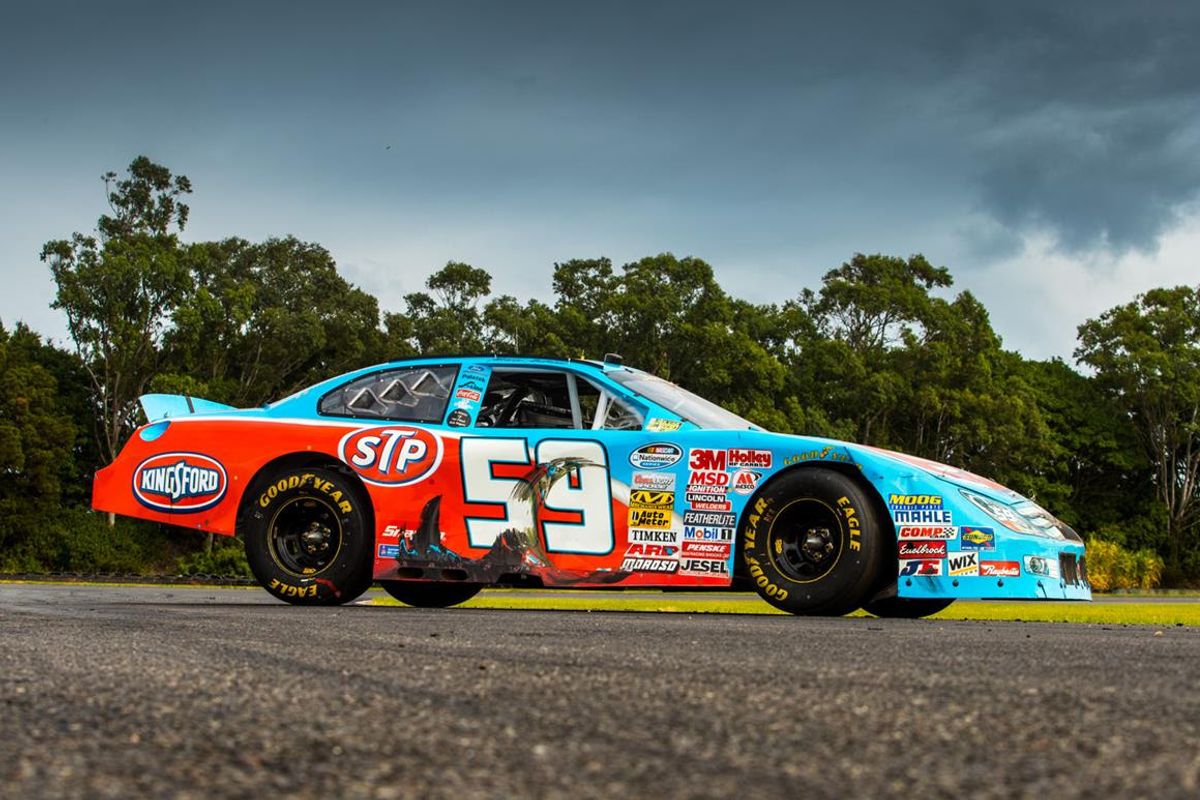 Australia’s first winning car in NASCAR competition, which Marcos Ambrose drove to victory in a Nationwide race at Watkins Glen International Raceway in 2008, has been put on the market for the first time.

The #59 STP Ford, which is considered an important part of Australian motorsport history, sat in storage in an old workshop in Charlotte North Carolina for more than a decade before being mechanically rebuilt last year and shipped to Australia.

The car is owned by Speedcafe.com founder Brett “Crusher” Murray who has relocated it to Queensland where it has been in storage and serviced.

The car is for sale through leading auction house Lloyds Auctions and collectors have until 7pm AEDT on November 28 to bid on the car which has already attracted major national and international interest.

Lloyds Auctions Chief Operating Officer, Lee Hames, described the car as one of the most significant pieces of the Australian motorsport history to be put on the market and admitted it had already attracted enormous interest.

"When you look at this car you would think you were looking at it in victory lane at Watkins Glen," said Hames.

"Cosmetically it has not been touched and has every rub mark and dent from that incredible race which every Australian race fan remembers.

"The fact that it comes in those famous STP Racing colours made so famous by Richard Petty provides that little bit more romance.”

The STP Ford has not been touched cosmetically since appearing in victory lane at the Zippo 200 and still has all the major bumps and bruises as well as the remaining windscreen tear off strips that were unused during the race.

“It has been fun to have this car in the collection, but it is time for it to move on to its next owner,” said Murray.

“We had it rebuilt thanks to some NASCAR guys I had met and become friends with through Dale Earnhardt Jr in North Carolina.

“Mechanically we had to do some things to bring it up to scratch, but cosmetically it has not been touched. There are even some Gatorade splash marks still on the roof and windscreen.

“Owen Kelly, who enjoyed his own NASCAR career, helped me with the logistics to get it back here.

“The Charlotte-based guys sourced all the original 2008-spec parts, including the Roush Yates Engine bits and it is now almost identical to the car that rolled into victory lane at Watkins Glen in August 2008.

“I am just glad we have the car in absolute original condition and that we managed to get it back to Australia where hopefully it will be eventually be enjoyed by local fans either on track, in a collection or both.”

Ambrose said he was pleased to see the car back in Australia and hoped it sold to a locally-based fan.

“It is great that Crusher (Brett Muray) has held on to the car for all this time and that it has made its way back to Australia,” said Ambrose.

“I don’t get too emotional about this type of stuff, but it would be cool to have it remain in Australia because of its significance.

“It is quite amazing that the car looks as it did when we rolled it into victory lane.”

The car comes with a new set of mounted road-course racing slicks.