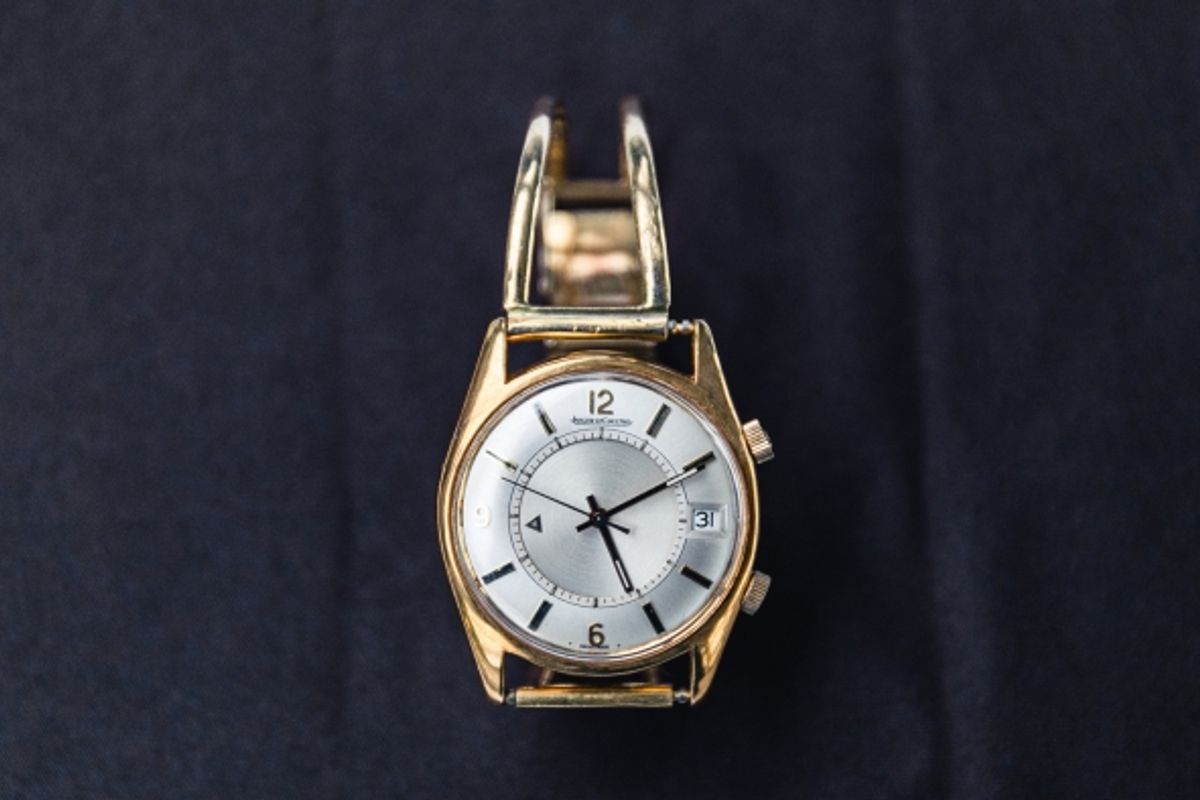 Silverstone Auctions introduce a unique and exceptional collection of personal items belonging to the late Sir Stirling Moss OBE, complemented by a selection of limited-edition collectables and automobilia from the British racing icon.

The collection forms part of Silverstone Auctions final sale of 2020, The NEC Classic Live Online Auction, which will take place on the 13 and 14 November. It features a number of significant, personal items which are offered from a close personal friend of the motorsport legend, and amazingly, are all offered without reserve.

The solid gold, twin bar watch band that Stirling personally designed and had made in 1954 is perhaps one of the most recognisable items in the collection. Engraved with his initials S.M, it was designed to be interchangeable with different watches and to be easily cleaned after each race. Worn constantly over a 38-year period, it was on Stirling’s wrist for so many memorable moments including three victories in the Monaco Grand Prix and his victory in the 1955 Mille Miglia. The watch that was fitted to the band at the time of gifting to the vendor is a 1956 Gold Jaeger LeCoultre alarm watch and is simply a wonderful piece of Sir Stirling Moss history.

In the 1970’s Stirling parted with most of his trophies to an American collector. However, in 2010 the vendor of this collection discovered one of them at Pebble Beach, the 1951 Daily Express Tourist Trophy which Stirling had won at Silverstone, and as such brought it home. The trophy has been hand-signed by Stirling and included as part of the sale is a photo of him doing so, as is a race programme from the day he won it.

Nick Whale, Silverstone Auctions Managing Director commented, “It is an honour to offer such a unique and remarkable selection of items that were part of the late, great Sir Stirling Moss’ life. He was a true racing icon, having participated in over 500 races, these personal items represent a significant piece of his history. Accompanying the personal articles are a number of limited-edition and signed memorabilia items which complement the collection, with there being 50 Lots overall”.

The completely unique items in the collection also include one of just four race helmets that Sir Stirling wore during his professional racing drive career. Of those four helmets, two were manufactured by Herbert Johnson Ltd. and this is one of two helmets that were built for him by Patey Helmets. Circa 1958, it was worn both in period and occasionally until 2007, totalling a phenomenal 49 years ownership.

An item that was from the very end of Sir Stirling’s career is the race suit he wore on the day he retired. Worn in 2011 at Le Mans whilst racing his newly restored Porsche, it was after qualifying that he announced his retirement from 60 years of incredible racing. A book with images of him wearing the suit will accompany it as part of the sale.

The Sir Stirling Moss OBE Collection will be offered on Saturday 14 November at 12:00 GMT,