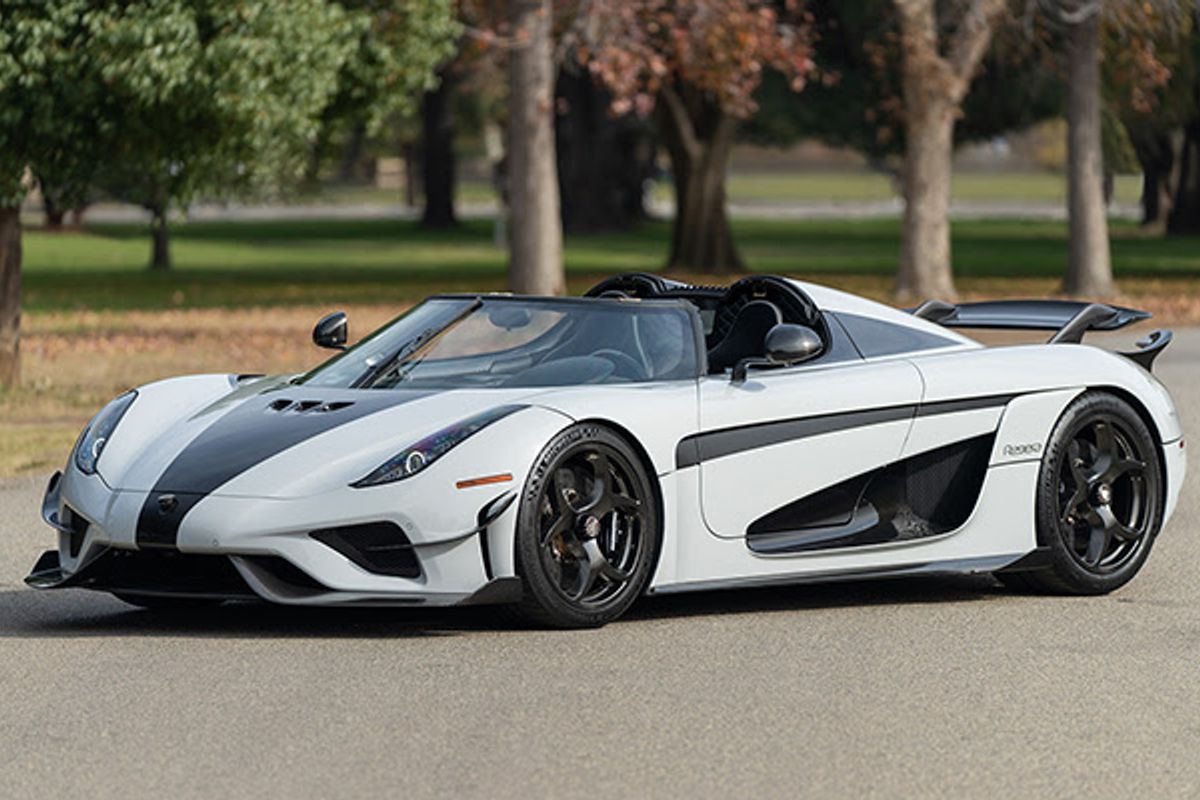 The 2020 Koenigsegg Regera is considered to be the ultimate hybrid hypercar and is fitted with rare Ghost Package and Tresex Aircore carbon wheels.

Gooding & Company has revealed the innovative, technologically-advanced 2020 Koenigsegg Regera for its 2021 Geared Online Scottsdale Edition auction. From Monday, January 18 to Friday, January 22, 2021, the online only sale will continue the company’s Geared Online series and transpire during the Arizona Auction Week.

“This is a remarkable consignment and one of the first Regeras ever to be sold at public auction,” states Gooding & Company President and Founder, David Gooding. “Along with this incredibly desirable Koenigsegg, our Geared Online Scottsdale Edition sale has a diverse selection of collector cars that will appeal to many enthusiasts.”

Christian von Koenigsegg founded Koenigsegg Automotive AB in 1996 for the sole purpose of building a world class sports car. By 2002, the company’s first production model, the CC8S, was driven out of the company’s Angelholm, Sweden factory. Widely considered the most advanced boutique car manufacturer in the world by 2016, Koenigsegg began to apply their creativity to more advanced powertrain systems, resulting in the hybrid-powered Regera. All 80 planned units sold out shortly after introduction.

The Regera’s pioneering propulsion system combines a powerful Koenigsegg twin-turbo V-8 internal-combustion engine with three electric motors via a new powertrain technology dubbed Koenigsegg Direct Drive. The system completely replaces the car’s transmission by placing an electric motor on the 1,100 hp engine’s crankshaft and drives the differential directly through a fluid coupler. The Regera has the first production hybrid system to run at 800 volts, utilizing battery technology pioneered in Formula 1. With total output for the Regera at 1,500 hp, the new model’s time of 22.87 seconds promptly broke the 0–400–0 km/h hour record previously held by a Koenigsegg Agera RS.

The Regera offered here is delivered directly from its original owner and shows just 369 miles from new. It is tastefully specified in non-metallic Battle Grey over a Desiato Black interior extensively accented with bare carbon fiber. This Regera benefits from $710,200 worth of options added to its US-specification base price of $2,213,000. These include the exclusive Ghost Package, which offers revised aerodynamics that add 20% more downforce and cost an additional $285,000. The $250,000 Environmental Power Upgrade was also incorporated, adding 200 hp when running E85 fuel. Optional exterior carbon fiber panels such as air intakes, roof panel and bonnet, Speedster Sides, and inner rockers come to $103,700. Rounding out the extreme specs of this incredible Regera are Koenigsegg’s own Tresex Aircore carbon fiber wheels, a $57,000 option that reduces unsprung weight and improves aerodynamics. This wonderful Koenigsegg offers collectors the rare opportunity to not only buy a practically new Regara, but one specified with care, taste, and a no-holds-barred approach to the option sheet.