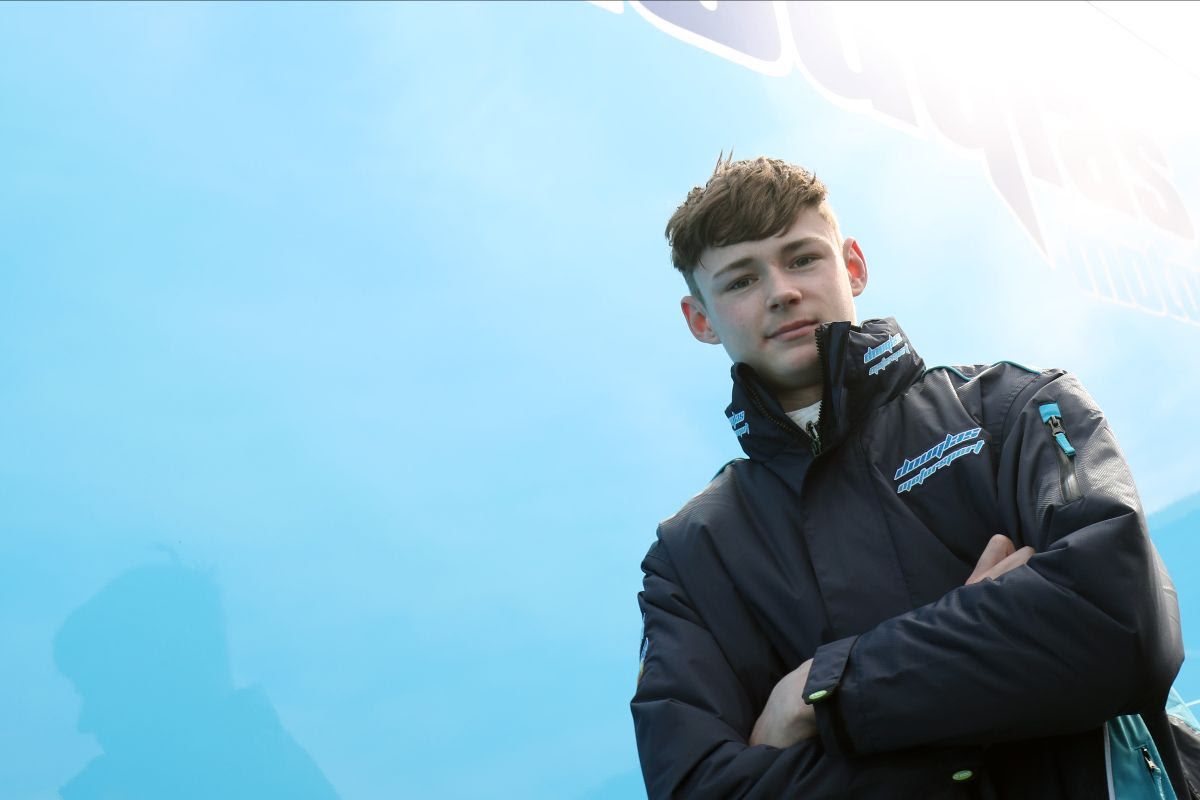 Douglas Motorsport has announced its second driver for the 2021 BRDC British Formula 3 Championship, with the confirmation this morning that former World Junior Karting Champion Dexter Patterson will join the grid.

Patterson then moved to the global stage, with the crowning moment of his career to date being victory in the 2017 CIK-FIA Junior World Championship. He later added the WSK Super Masters Series OK crown to his resume. Patterson’s rise up the ranks caught the attention of the Sauber F1 team, which added him to its karting team in 2019 and has since supported his transition into car-racing as part of its driver academy.

The 17-year-old impressed with a pair of fourth place finishes during a one-off debut in the UAE Formula 4 Championship last January before contesting the Italian F4 Championship.

Patterson has begun a pre-season testing programme with Douglas Motorsport in the 230bhp Tatuus British F3 car ahead of the new season, which is due to begin at Brands Hatch on 22-23 May.

Team Principal, Wayne Douglas, said: “We’re very excited to have Dexter [Patterson] racing for Douglas Motorsport this season. He’s an extremely talented young driver with a superb karting pedigree, while he showed last year that he has huge promise in single-seater competition as well. We’ve started working with Dexter on a comprehensive driver development programme, including in-house simulator work and on-track testing, to ensure he’s ready to go and hit the ground running from the opening race of the season.”

Patterson said: “I’m really looking forward to entering the BRDC British F3 Championship this season with Douglas Motorsport. It’s an exciting next step in my single-seater career and I’m relishing the challenge ahead. I’ve enjoyed working with the team and we’ve made some great progress so far.”

The 2021 BRDC British F3 Championship is scheduled to begin at Brands Hatch on 22/23 May.