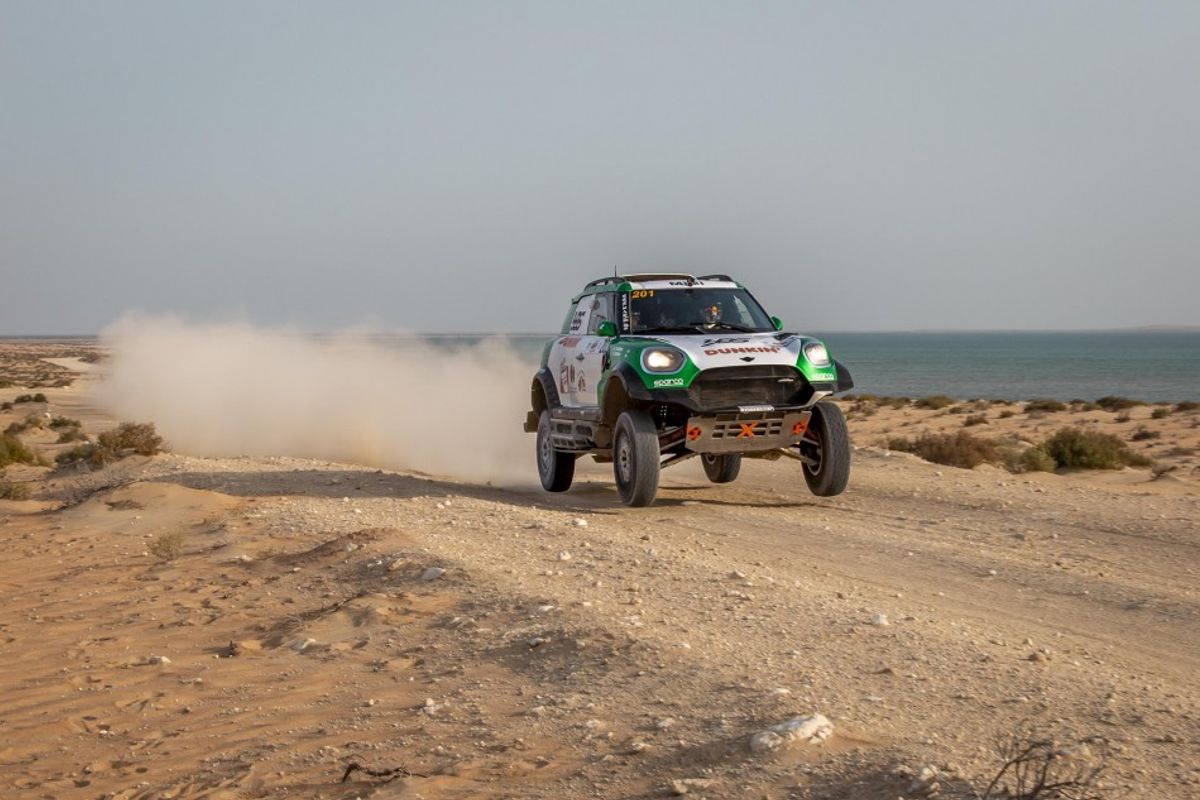 Yasir Seaidan and Alexey Kuzmich claimed a maiden victory in the FIA World Cup for Cross-Country Bajas by winning the third round of the series, the Sharqiyah International Baja. The MINI John Cooper Works crew, who now lead their respective World Cups, headed Miroslav Zapletal and Marek Sykora by over 13 minutes with Saleh Al-Saif and Oriol Vidal claiming the final podium position and victory in the T4 category.

Seaidan and Kuzmich got off to a great start by winning the opening 10-kilometre Qualifying Stage. The first of the two long selective sections, on Friday, was however then cancelled due to strong winds and sandstorms, grounding the safety helicopters. Today, in a revised itinerary that saw two 172 and 138 kilometre sections run consecutively in good conditions, the MINI crew were again victorious and claimed their first win by 13 minutes and 38 seconds, their drive to victory eased when pre-baja favourite Yazeed Al Rajhi was side-lined 82 kilometres into the first section. Following his accident, both he and co-driver Michael Orr were taken to hospital for medical examinations.

Zapletal and Sykora got their first points of this year’s series by claiming second in their Ford F-150 Evo. The Czech/Slovakian pairing were second throughout the baja to claim good points in the first running of the event in the FIA series.

Local driver Al-Saif, partnered by Vidal, bounced back from a disappointing outing on the previous round in Dubai, taking third overall in his Can Am Maverick. Crucially top points in the T4 category have also bolstered his title aspirations after three of the nine rounds.

Meshari Al-Thefiri, co-driven by Nasser Al-Kuwari, claimed more useful points by finishing second in T4 and fourth overall while Saeed Zaki Al-Mouri and Sergio Lafuente finished fifth, third of the T4 crews in another Can Am Maverick. Frenchman Claude Fournier, who went into the event leading T4, claimed sixth overall with Polish navigator Szymon Gospodarczyk. Erik van Loon and Sébastien Delaunay were fourth in Overdrive’s Toyota Hilux, but dropped to seventh after penalties were applied. The T3 crew of Dania Akeel and her French co-driver Laurent Lichtleuchter, rounded out the finishers and took the category win in a Can Am Maverick X3.

The fourth round of the FIA World Cup for Cross-Country Bajas keeps the contenders in the Middle East for the third of three events in the region, Jordan Baja (March 18-20).

*  Subject to the result of appeal lodged by competitor No. 202