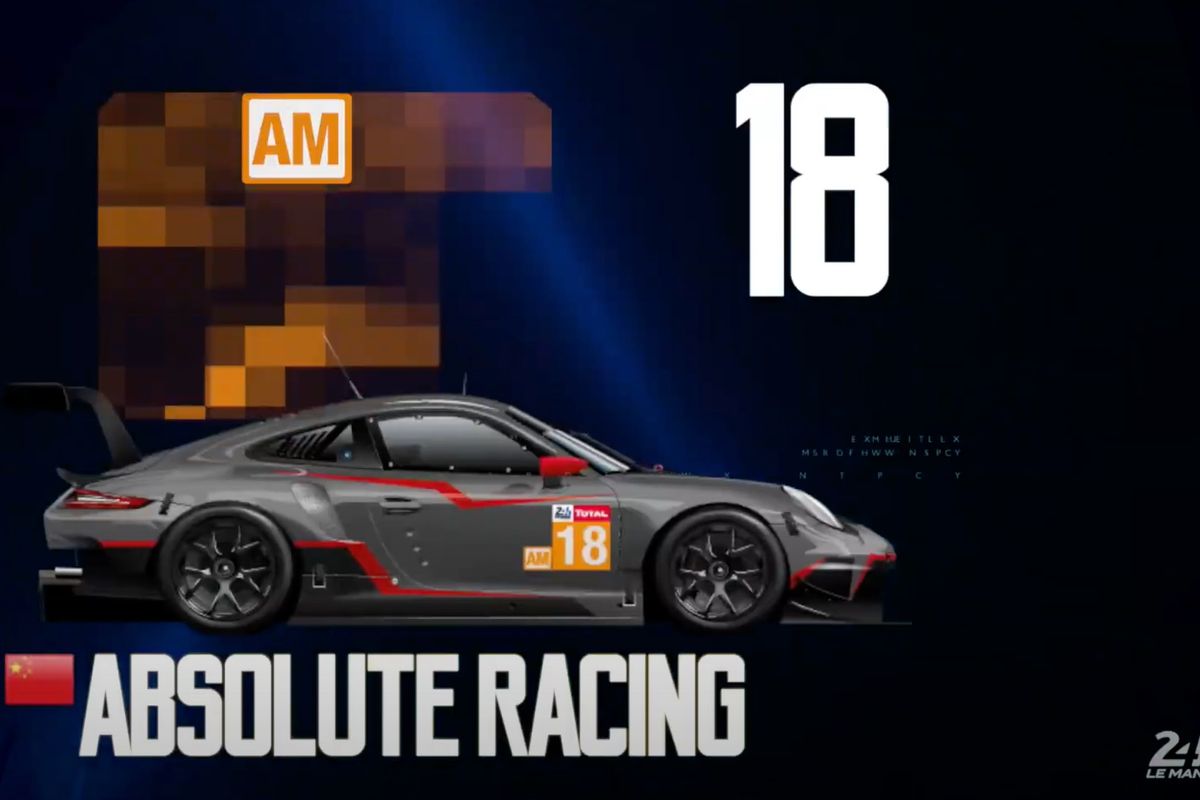 Absolute Racing is honored to have earned an invitation to participate in the 24 Hours of Le Mans in 2021. The Automobile Club l’Ouest (ACO), official sanctioning body of the 24 Heures du Mans, has named Absolute Racing as one of 24 LMGTE-AM entries to its 62-car field for the 89th running of the classic sportscar race.

The only Mainland China entry in this year’s race consists of the No. 18 Porsche 911 RSR with Andrew Haryanto of Indonesia and Alessio Picariello of Belgium, while a third driver will be announced at a later date.

Indonesian Andrew Haryanto has been racing since 2013 and won the 2017 Lamborghini Super Trofeo Middle East – Am category. In 2018 the experienced amateur racer was crowned champion in the Audi R8 LMS Cup with Absolute Racing, and was part of the Asian team that raced in the 24 Hours of Spa.

Alessio Picariello is another familiar face rejoining Absolute Racing. The well-established GT driver won the Audi R8 LMS Cup in 2017 with the team after kick-starting his junior career with Absolute Racing in the 2015 Formula Masters China. The Belgian racer has been chosen as the 2021 Porsche Motorsport Asia Pacific Selected Driver for the second consecutive year after taking the European Le Mans Series LMGTE drivers’ title last season.

Team Director Ingo Matter said, “It’s a dream come true to receive an invitation to compete at the 24 Hours of Le Mans. We have assembled what we think is the best crew and car package for a privateer to challenge for the GTE-AM win at Le Mans against the top privateer teams in the world. It will be our first time at Le Mans, and all we can do is concentrate on ourselves and build on what we have got."

Team Director Fabien Fior added, "For the last 11 years, we have worked hard to bring the team to the international arena. The Le Mans 24 hours is the biggest endurance race in the world, and the competition there is tough. As an Asian-based team, we know from our previous outings in Europe and US the difficulties and complexities of racing far from home. There is a lot of work to be done in the coming weeks, but I am confident that we’ll be well prepared when the time comes”.

Final details of the team's first 24 Hours of Le Mans campaign, including the third driver, will be announced shortly.