Absolute Racing and its drivers, Andrew Haryanto, Marco Seefried and Alessio Picariello finished a fighting seventh in GTE-Am class in the 2021 Le Mans 24 Hours, the debut participation of the Chinese team in the world’s greatest endurance race.

The team lined up P13 for the start of the 89th Edition of the 24 Hours of Le Mans, with German driver Seefried at the wheel. The contest was full of action right from the start, with the weather causing a safety-car start. For the #Underducks’s Porsche 911 RSR-19 the first four hours were quite eventful with one puncture, two visits to the gravel, one spin and two laps lost between.

Undeterred, the team fought back and Picariello eventually managed to recover one lap from the class leaders in the beginning of the night. The Porsche Motorsport Asia-Pacific Selected Driver climbed through the field as high as eighth place in the GTE-Am, but a contact while overtaking an opponent, which cost three laps in the pits to replace a damaged track rod, sent the car that featured a special livery inspired by the motto #OneWorldOneRace to the back of the pack.

The night was far from over, and despite four more punctures, a combination of impeccable driving by all three racers, and inch-perfect pitstops by the Proton Competition crew saw the #Underducks’s Porsche 911 RSR-19 moving up from 13th to ninth throughout Sunday morning.

Without taking any unnecessary risk, the team maintained a strong pace until the chequered flag at 4pm on Sunday, crossing the finish line in P7 in the GTE -Am class and in 34th place overall.

Ingo Matter (Team Director): "Of course it was a difficult start to the race with a lot of little problems, which is normal when you have rookie drivers. We had contacts and gravel excursions that we did not need, which put us at the back of the field. After that complicated start, we slowly got back on track, but then we had four punctures, all at the wrong moments. We still take a number of positives from this weekend. We finished the race, and that was the goal, and we finished P7, which is pretty good in this field, especially when you have two rookies in the driver lineup."

Andrew Haryanto (Driver): "I am really happy for the team, to have finished this race is an incredible achievement. It was an experience I will never forget. I am grateful to have been given this opportunity.”

Alessio Picariello (Driver): "As we expected, it was a tough race, especially in the first couple of hours when a lot of things went wrong. In the end, we pulled it together and had a very clean night, and we had a very good race all the way to the finish line. We showed that we were one of the strongest, if not the strongest, Porsche GTE-Am teams. At one point, after four hours, we were last, but we bounced back. I think that for the first time at Le Mans we can be satisfied with this result.”

Marco Seefried (Driver): "As always, it was a tough race, but the 24 Hours of Le Mans is never easy. I think it was one of the toughest races since I can remember, with 23 GTE cars in the class. It's no secret, but it was hard to fight the Ferraris and Aston Martins. I think if we had stayed out of trouble, without the long repairs and minor setbacks, we might have finished P5 or P4, all things considered. Even if everything had been done right, most likely a podium position would not have been possible. But I have to say that we still achieved something good, because we were the second best Porsche in the field, and I am happy we finished the race.” 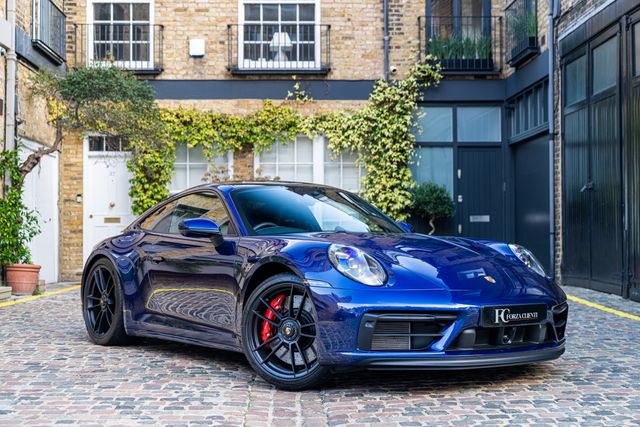