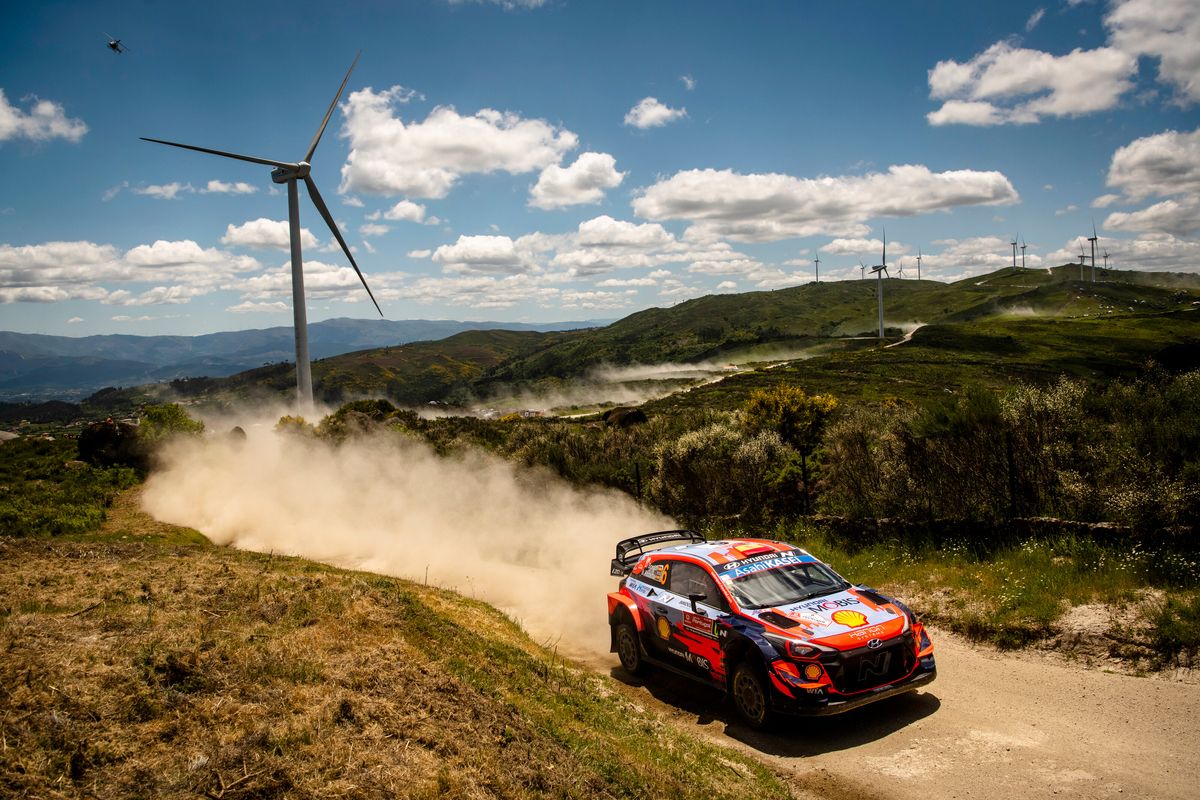 Dani Sordo hunts for a hat-trick of wins at this weekend's Rally Italia Sardegna (June 3-6) as his Hyundai Motorsport squad bids to maintain its mastery of the tough Mediterranean event.

Sordo shares the team's third car and this will be only his third FIA World Rally Championship start of the season, but the island's gruelling gravel roads suit the Spaniard who topped the podium in 2019 and 2020.

Victory for team-mate Thierry Neuville in 2016 and 2018 means Hyundai has won four of the last five Sardinia fixtures. Sordo is in good form after finishing second at the previous round in Portugal two weeks ago.

"It is an event that I really like," acknowledged Sordo, whose Sardinia love affair began in 2005 when he scored his maiden Junior WRC win en route to the title. "I feel very comfortable there, plus I will have an advantage with road position on the first day."

He is seventh in the start order for Friday's opening leg. It offers a significant advantage over the early starters, who sweep gravel from the surface to leave a cleaner line and more grip for those coming behind.

That challenge is the biggest facing Toyota Gazoo Racing, for whom world champion Sébastien Ogier and Elfyn Evans lie first and second in the championship standings in their Yaris World Rally Cars. They are separated by two points.

"We have to be realistic going into the event," said team principal Jari-Matti Latvala. "Seb and Elfyn will be the first two drivers on the roads during day one and this is usually one of the most difficult rallies in terms of road cleaning."

Kalle Rovanperä drives Toyota's third car and, like Ott Tänak in Hyundai's other i20 World Rally Car, must bounce back from disappointment in Portugal. Both retired and had to make do with bonus points only from the Wolf Power Stage finale.

M-Sport Ford's Gus Greensmith has his third co-driver alongside him in four rallies. Chris Patterson, who replaced Elliott Edmondson at round three in Croatia, is unavailable for personal reasons so Stuart Loudon steps in.

Teemu Suninen drives the other Fiesta World Rally Car, the Finn replacing Frenchman Adrien Fourmaux, who returns to the WRC2 support category after two rallies at the top level.

The rally base has switched back across the island to the east coast town of Olbia for the first time since 2013, although the fast and narrow roads, many lined with trees and bushes, will be familiar.

So, too, will be the high temperatures which combine with tracks that become increasingly rocky and abrasive in the second pass of special stages to make it a punishing encounter for cars and tyres.