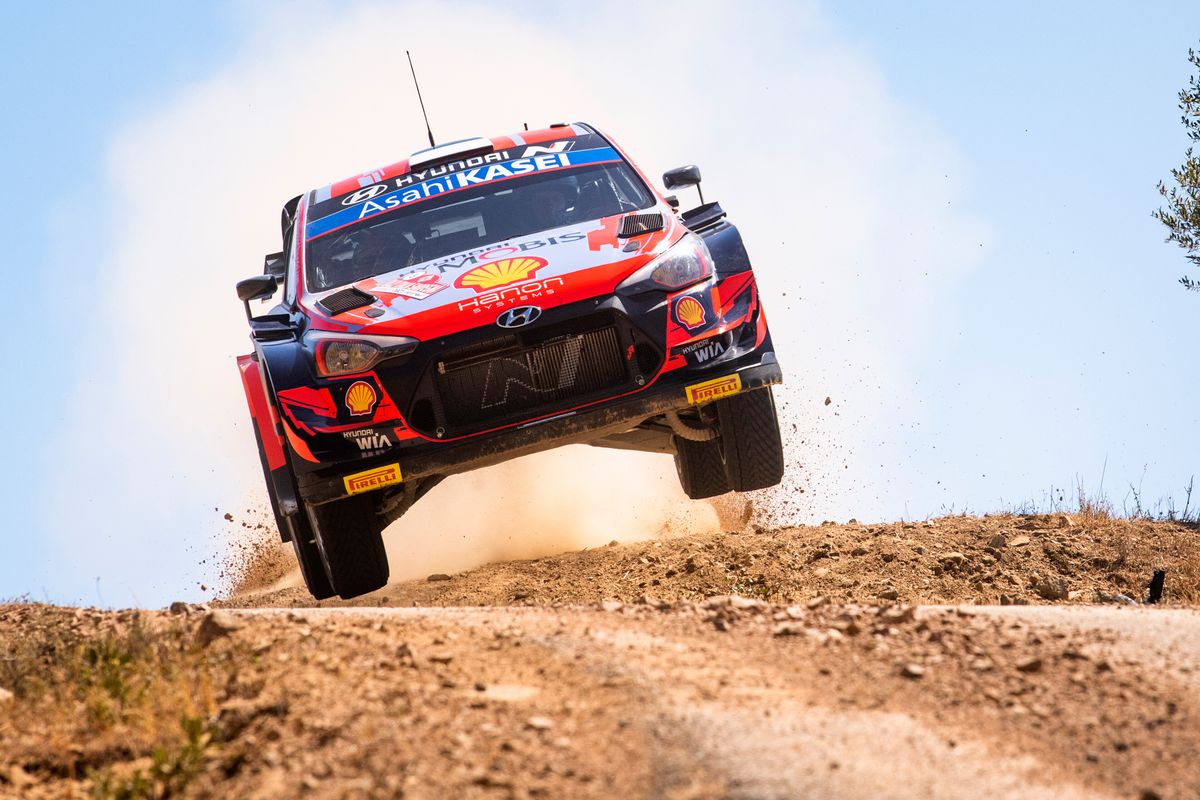 Estonian carves out big lead over Sordo with title leader Ogier back in third.

Tänak won five of the eight sun-kissed and rocky speed tests in his i20 World Rally Car to build a handy 19.0sec advantage over his Spanish colleague in this fifth round of the FIA World Rally Championship.

After dominating the previous round in Portugal only to retire from the lead, the Estonian was fastest out of the blocks on the Mediterranean holiday island. He won all four morning speed tests to lead by 16.9sec.

A fifth straight win was followed by a brace of second fastest times. His only blot on the day was a delaminated front left tyre in the closing test, which cost a handful of seconds.

"The car has been behaving nicely since the beginning so I've been able to give a good rhythm," said Tänak. "I knew the two Toyotas at the front might struggle so it was definitely our chance to build a gap. The more gap we have the better, so I keep pushing tomorrow as well."

Sordo was hampered by minor problems this morning but hit top form later. He traded places with championship leader Sébastien Ogier before reeling off three fastest times to end the day 16.8sec clear of the Frenchman's Toyota Yaris.

Ogier was delighted with his drive. Expecting a day of damage limitation after starting first on sandy roads where grip was at its lowest, he briefly held second but was unable to match the Hyundais and ended 36.2sec off the lead.

Elfyn Evans ended a frustrating day in fourth in his Yaris. The Welshman was out of sorts in the morning and languished in sixth, but better pace in the  afternoon enabled the winner of the previous round in Portugal to recover. He ended more than a minute adrift of Tänak.

Thierry Neuville was another to struggle Friday morning. Set-up changes had a positive effect and the Belgian ended on a high, sharing fastest time in the final stage with team-mate Sordo. Two punctures didn't help his efforts, but he was only 1.2sec behind Evans.

Kalle Rovanperä was initially Tänak's closest challenger, but the Finn retired his Yaris with a broken front right suspension in the morning's final stage.

It was a disappointing day for M-Sport Ford. Teemu Suninen retired in the opening stage after tipping his Fiesta onto its side, while Gus Greensmith retired from seventh in the last stage with transmission troubles. Brake problems cost Pierre-Louis Loubet more than three minutes and he was 11th in an i20.

Today's is the longest leg with 129.62km of competition. The morning features a double pass of two stages in the Monte Lerno area, including the breathtaking Micky's Jump. After service, two afternoon tests, which are also driven twice, include one not used since 2005.