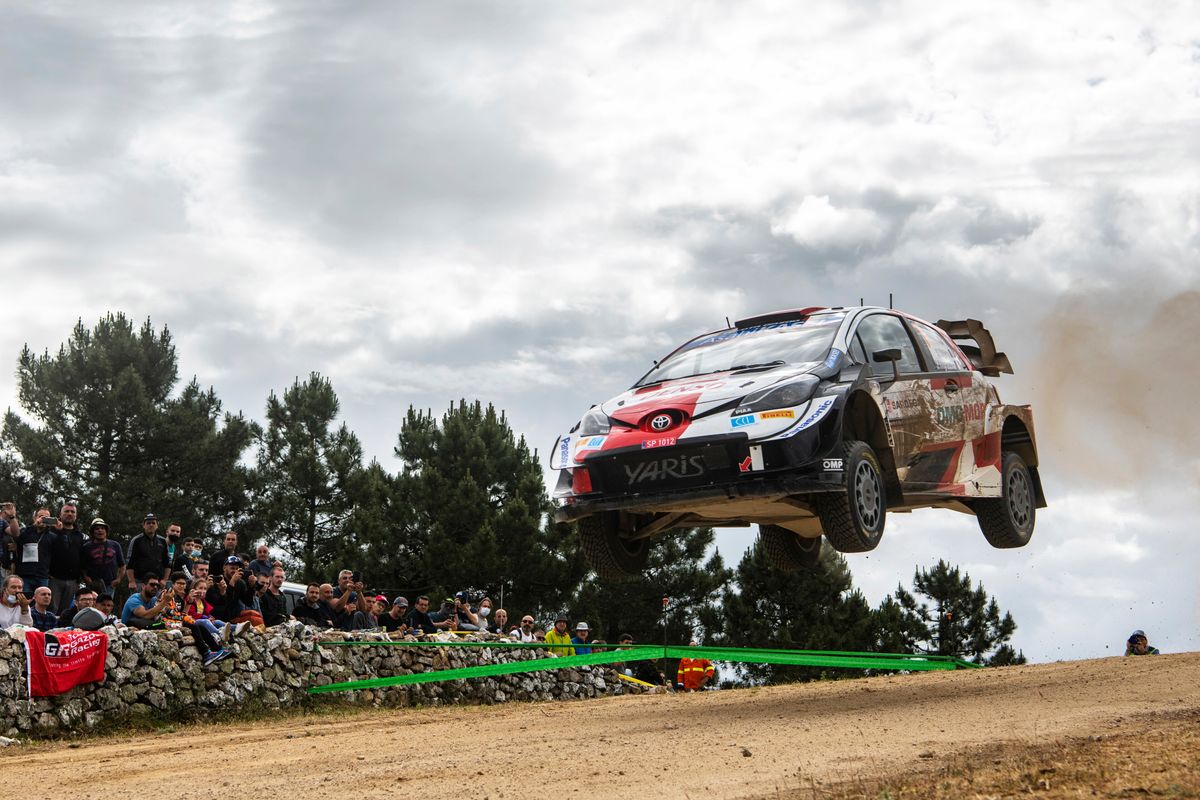 Sébastien Ogier is on course for a remarkable victory at Rally Italia Sardegna after Saturday’s gruelling second leg decimated his challengers to leave Toyota Gazoo Racing first and second.

Tänak was 40sec clear when he thumped a rock and shattered his i20 World Rally Car’s rear left suspension this morning. It was the second successive rally from which Tänak has retired whilst leading after suffering similar heartbreak in Portugal last month.

His demise left Ogier ahead after he had earlier relegated Sordo from second. Sordo’s day came to a violent end in the penultimate speed test when he ran wide, clipped a culvert and rolled. The impact ripped the right rear wheel off and he, too, was out.

Ogier was never expected to lead here. He was first in the start order in Friday’s opening leg, sweeping dusty gravel from the surface to leave more grip for those behind. He did a superb job to limit the time loss and take advantage of Tänak’s exit.

The Frenchman managed his tyre choice perfectly and won five of the day’s eight gruelling stages. As the sandy surface was wiped away, a hard and abrasive rocky base was exposed beneath which proved tough on cars and tyres.

“I think it’s been a perfect weekend for us so far,” said Ogier. “We did everything we need to do and we need to finish the job tomorrow. The only alarm was two big impacts this morning with big rocks in the middle of the road that I couldn’t avoid, which lifted the front of the car.”

Evans struggled to find consistent pace in the first leg but the Welshman was rejuvenated today. Set-up changes provided an improved feeling with his Yaris and he won two stages, getting the better of his fight with Thierry Neuville to head the Belgian by 22.7sec.

Neuville made constant changes to his i20 but none delivered the pace he wanted. There was no pressure from behind with Takamoto Katsuta three minutes adrift in fourth in another Yaris.

The Japanese driver was lucky to survive after hitting a rock which almost threw his car off the road. He dropped more time in the penultimate stage when he stopped to remove the blanking used to reduce air flow through the radiator which had been left in place.

The rally has been so demanding that the rest of the leaderboard comprised support category cars. WRC2 leader Jari Huttunen was fifth but had just 7.4sec in hand over Mads Østberg.

Sunday’s finale is based north-west of Olbia and is new for this generation of drivers. They tackle two loops of two tests, ending with the bonus points-paying Wolf Power Stage which finishes amid spectacular views of the Sardinian landscape. The four tests cover 46.08km.