Croft Ready to Roll Back the Years at Nostalgia Extravaganza 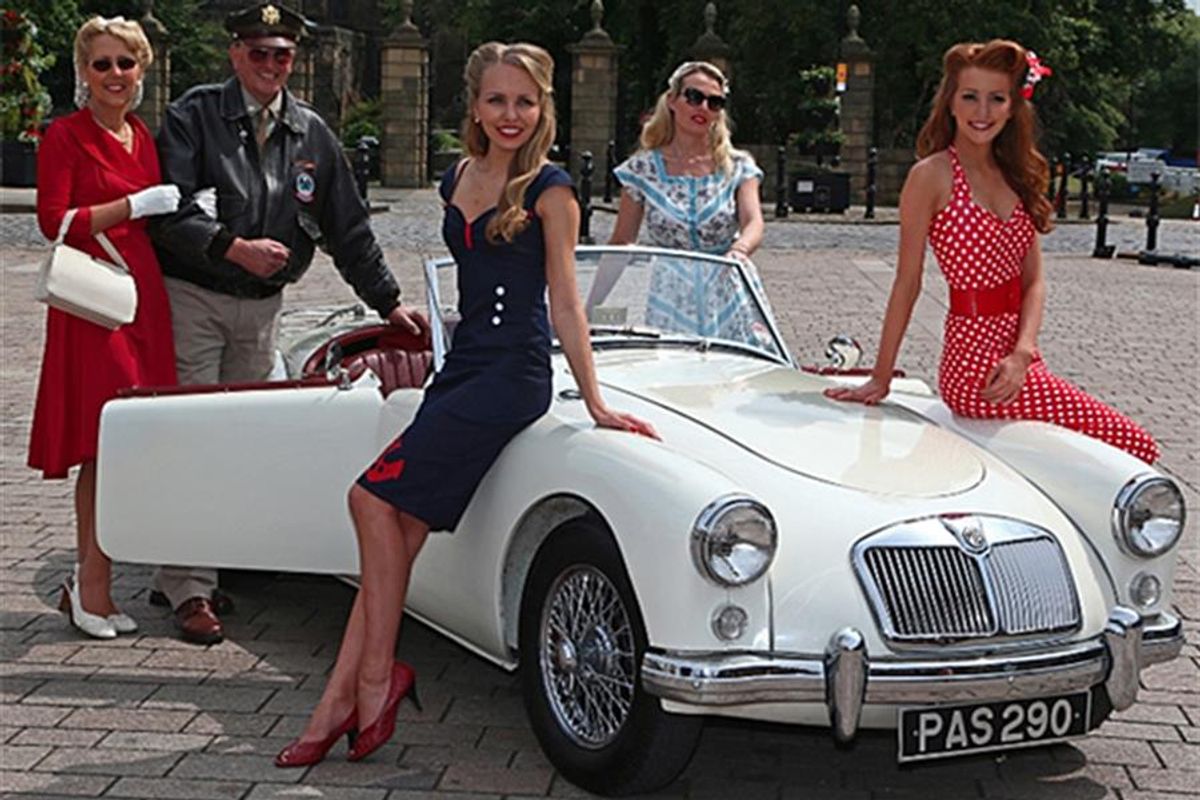 As it celebrates its half-century in 2014, Croft is revving up to roll back the years at its retro-flavoured Nostalgia Weekend next month – with a winning blend of thrilling on-track duels, vintage vehicles and period music, dress and entertainment.Having grown rapidly in stature to become one of the region’s undisputed social events, the fifth annual Nostalgia Weekend will take place at the North East’s premier motorsport venue on 2-3 August – fittingly, exactly 50 years to the date of the inaugural Daily Mirror Trophy Meeting at Croft Autodrome in 1964.Organised and run by the Historic Sports Car Club (HSCC), the thriving mid-summer extravaganza has been a hugely popular fixture on the motor racing calendar every year since 2010, and its enchanting 1940s-1970s theme regularly unites some 250 single-seaters, saloons, GTs and sportscars.Amongst them this year can be found legendary Lotus’, the timeless Jaguar E-Type, a clutch of Brabham, Cooper and Lola single-seaters, Lotus Cortinas, a flame-spitting Chevrolet Camaro and Ford’s original American muscle car – the iconic Mustang, which like Croft, hits the ‘Big 5-0’ in 2014. The entry list even includes a 1965 Volkswagen Beetle, one of the most redolent reminders of the much-loved ‘Flower Power’ era.Beyond the 18 races scheduled over the two-day programme, there is every bit as much going on off the track, too, making the Croft Nostalgia Weekend an outing for all the family.Amongst the attractions will be collections of rare classic cars and motorcycles, extraordinary World War Two machinery, evocative living history encampments and spectacular air displays from a variety of jet and propeller-powered aircraft harkening back to times gone-by. There is even a fashion show through the ages, face-painting and the opportunity to enjoy a 1940s-style makeover and hairdo!Some of the cars and WWII machinery that will play such a significant role at the Nostalgia Weekend were to be found in Darlington’s Market Square today (Friday, 11 July), kick-starting what promises to be an energetic and innovative touring promotional campaign over the next three weeks – and drawing plenty of interest from admiring passers-by.“The Nostalgia Weekend is one of the acknowledged stand-out jewels in Croft’s crown,” explained Mike Cantelo, manager of the popular Yorkshire circuit. “It is a flavour of yesteryear – although don’t forget, each and every one of the cars present was a pioneer in its day.“The Nostalgia Weekend is a tremendously popular affair – and with good reason. It is a flashback to a lost era, enabling those who lived through it to reminisce and offering the younger generation a glimpse of what life was like some 50 or more years ago. Whatever age you are, it is an unmissable event that never fails to captivate and enthrall.”Discounted advance tickets for the Croft Nostalgia Weekend can be ordered before 18 July online at  www.croftcircuit.co.uk/tickets/nostalgia.html  or by calling 01325 721815. Prices begin at just £10 for Saturday entry, rising to £23 for a weekend pass. After the advance deadline, tickets must be purchased on the gate. Accompanied children aged 15 and under go free, and spectators are encouraged to embrace the vibrant retro atmosphere by attending in period dress.For a provisional timetable, see   www.croftcircuit.co.uk/timetables/nostalgia-2014.pdf