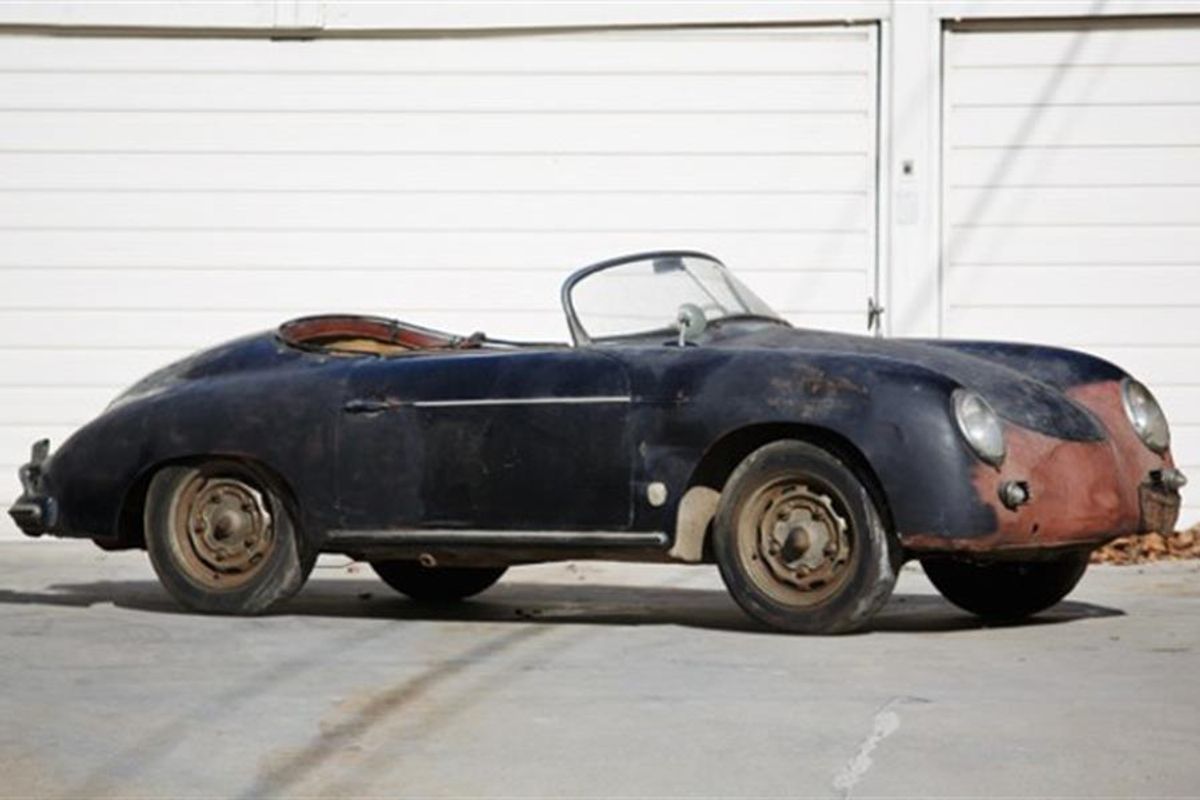 THIS CARTo enthusiasts of early Porsches, the name “Speedster” is held in particularly high regard. In 1955, Porsche debuted this somewhat stripped-down, lower- cost version of its 356 Cabriolet. With its sleekly raked, cut-down windshield, tasteful chrome body side-accent strip, minimalist folding top, side curtains (rather than roll-up glass windows), lightweight racing-style bucket seats, and track-oriented demeanor, the 356 Speedster had no trouble gaining fans. Some of the latter were Hollywood stars and professional athletes, though any sports car enthusiast worth his leather driving gloves could appreciate the lithe and agile Speedster.

Produced through the 1958 model year, the Speedster saw minor changes throughout its brief four-year model run. This final-year Speedster benefits from those upgrades, which include an improved rear suspension design, quicker steering, and a larger (1,600 cc versus 1,500 cc) flat four engine that was available in either “Normal” (60 hp) or optional “Super” (75 hp) form. The 15 hp increase represents an impressive 25% higher output.

According to Porsche factory records, this Speedster, chassis 84274, was completed on December 13, 1957. Originally equipped with a Super engine and finished in Meissen Blue, this Porsche was originally sold through Competition Motors in Los Angeles to E. K. Logie.

This car epitomizes the term “garage find,” having been stored in one for 42 of its 58 years. Its second known owner, B. Mitchel Reed, a popular Los Angeles disc jockey, and his wife enjoyed the Speedster for some years until it was purchased in 1970 by its current owner. The consignor purposely resisted the urge to have the car’s body refinished in shiny new paint, believing that it would make his car less tempting to thieves. Still, the car attracted so much attention from Speedster enthusiasts that people were constantly asking him whether it was for sale. After draining the oil and removing the battery, he garaged the Speedster in 1974. It sat there for the next quarter-century. He moved in 2000, taking the Porsche with him and again put it into his garage until 2016, when he decided to consign the car to auction.

The owner states that the engine turns freely, although it has not been started in quite some time. A selection of items accompany the car, such as a copy of the original Kardex, two emblems (“Porsche” and “Speedster”), an original key, two jacks, and a car cover.

A black plate Southern California car, this final-year Speedster provides the next owner with a fantastic candidate for a concours-correct, factory- specification restoration.