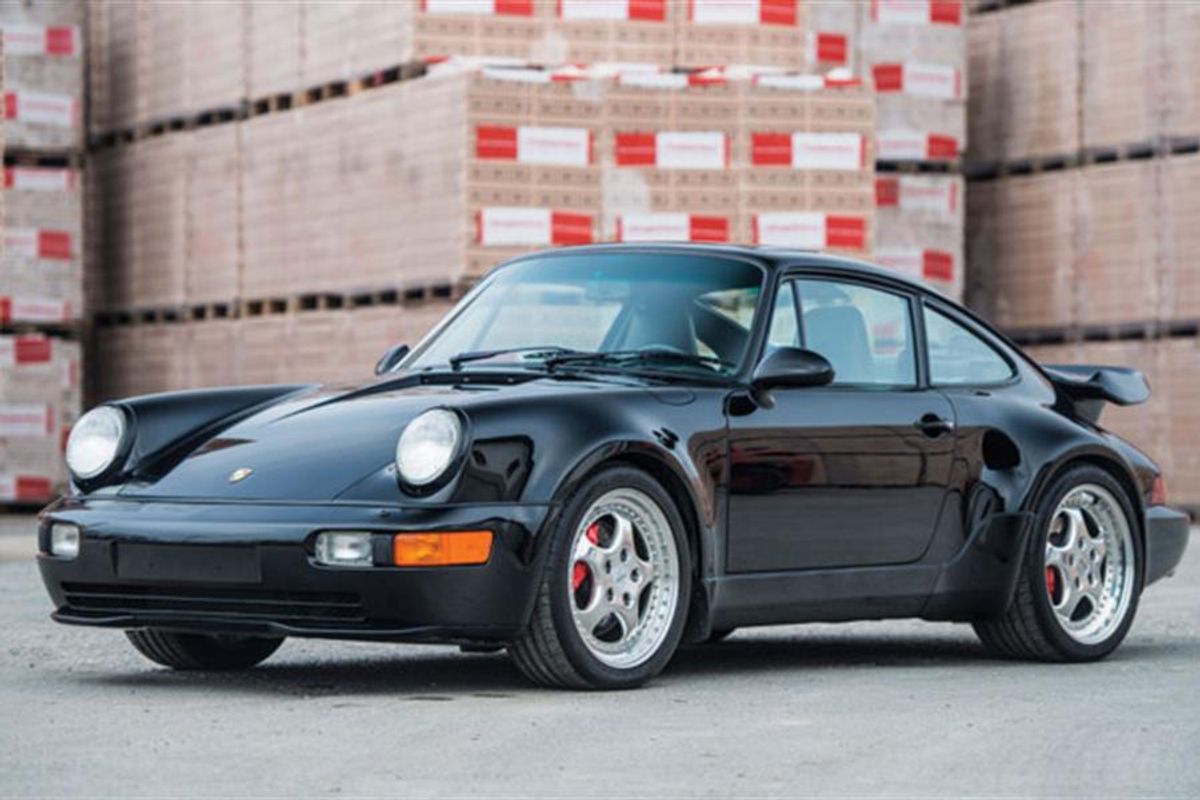 Offered from an exceptional Swiss Porsche collectionOne of 17 964 Turbo S Package carsArguably one of the rarest and most desirable 964-generation 911sJust under 23,000 miles from new

Introduced in early 1990, the 964-generation 911 Turbo S was introduced with the 3.3-litre turbocharged engine from the previous 930-generation 911, as the new 3.6-litre Turbo engine was not quite ready yet. Finally introduced for the 1993 and 1994 model years, only 1,500 of these 3.6-litre cars, both Turbos and Turbo S’ were produced. These cars were also fitted with the uprated ‘Big Red’ brakes and Speedline wheels, and ride height was lowered by almost an inch.

While the vast majority of Turbo S’ were fitted with the ‘Flachbau’ nose as a no-cost option, the Turbo S could also be had with the traditional 964 nose as well. Seventy-six Flachbau cars were built, but only 17 of these non–flat-nose Turbos S’ would be built, dubbed ‘package’ cars. These cars were also fitted with the X88 option, which bumped up total output to at least 385 brake horsepower as well as an auxiliary oil cooler. This was a result of adding a larger turbocharger and increasing the boost, as well as fitting upgraded camshafts, cylinder heads, adjusted valve timing, and a ZF locking differential. Furthermore, the package cars boasted the X92 front lip spoiler, X93 rear spoiler, and the X99 optional engine air inlets.

This particular example looks truly menacing, finished in black on black, it has travelled just under 23,000 kilometres from new and still retains its original paint. Offered from a Swiss Porsche collection, the car was purchased by its current owner from the United States, where it had once belonged to a professional baseball player. It has shared garage space with a number of historically significant and rare Porsches, and it presents in wonderful condition both inside and out. As such, it remains ready for further road use and would be a welcome addition to the garage of any Porsche enthusiast.

Tuesday night preview is by invitation only.