The Only U.S.-Spec Koenigsegg CCXR Trevita Built on offer at Mecum Monterey Auction 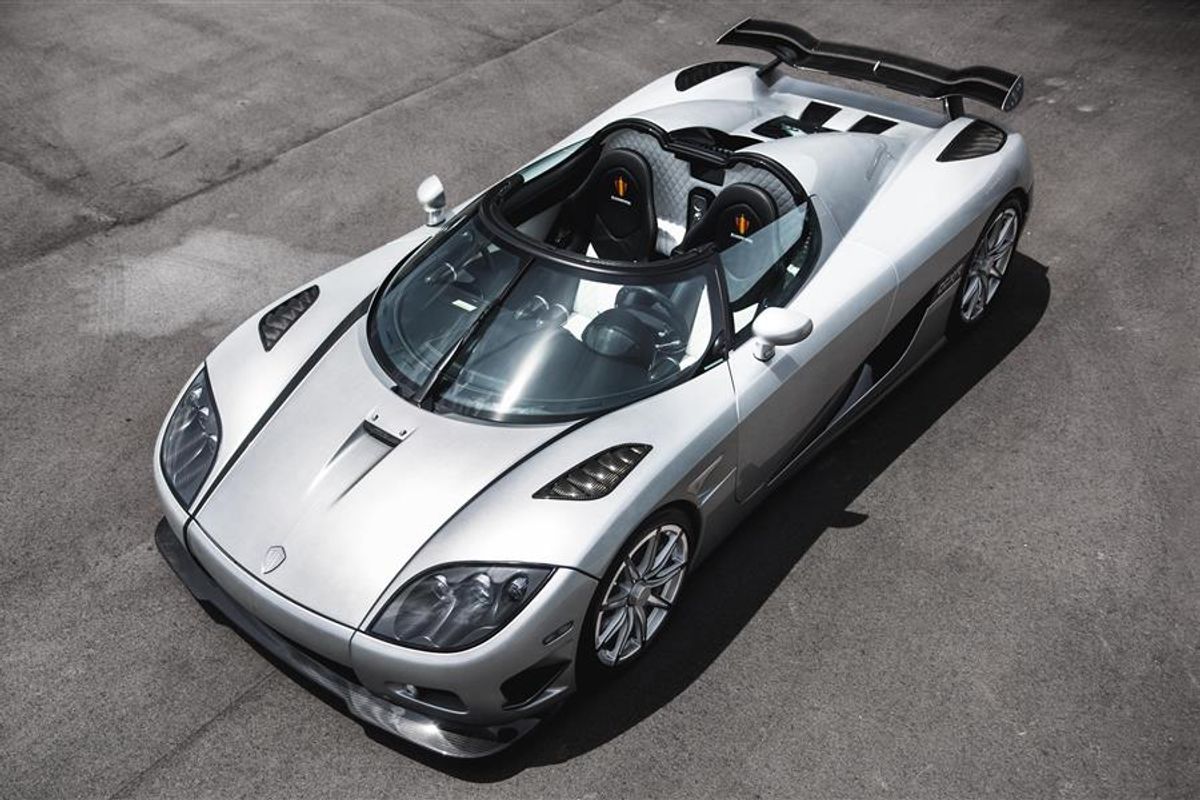 THURSDAY, AUG. 17: On display at the Mecum Daytime Auction

FRIDAY, AUG. 18: On display at The Quail, A Motorsports Gathering; following the event, the car will join other Koenigsegg vehicles at Cannery Row from approximately 3-8 p.m. for admission-free viewing by all members of the interested public

SATURDAY, AUG. 19: Offered for sale at the Mecum Daytime Auction

As one of only two built and the only example completed to U.S. market specification, this 2010 Koenigsegg CCXR Trevita from the Ash Crest Collection is one of the most exclusive cars on Earth, even in the rarified world of elite supercars. Its previous owner, professional boxing legend Floyd Mayweather, paid $4.8 million for the car. It was worth every penny for any number of reasons, the most striking one being its incredible “Diamond Weave” carbon-fiber finish that literally sparkles like millions of fine diamonds when exposed to the sun’s light. Its very creation is symbolic of Koenigsegg’s deep commitment to creating the world’s greatest automobiles.

Koenigsegg invoked the name “Trevita,” a Swedish abbreviation that means “three whites,” to describe the three cars he planned to finish with the visually stunning Koenigsegg Proprietary Diamond Weave carbon fiber. Until that material’s invention, carbon fiber was only available in black, but Koenigsegg researchers and technicians developed a new-and-unique method of processing the fibers to give them their dazzling finish. The fiber treatment is conducted carefully in small quantities using the same superior-quality pre-impregnated material used in the manufacture of aircraft, Formula 1 machinery and other leading-edge technologies.

Koenigsegg initially planned only three CCXR Trevitas for production, but because of the complexity of the Diamond Weave production process, that number was reduced to two, making this one of the rarest of Koenigsegg’s creations. Both cars feature the shimmering Koenigsegg Diamond Weave bodywork, double carbon rear wing, carbon-ceramic brakes with ABS, airbags, paddle shifters, Chrono Dial control cluster, infotainment system, tire-monitoring system and a hydraulic lifting system to protect their undercarriages.

Since 2002, human dynamo Christian von Koenigsegg has been manufacturing what many call the best-engineered supercars on the planet. Tucked away in the woods on a former air base in Ängelholm, Sweden, Koenigsegg’s manufacturing facility turns out these rare creations with an amazing level of attention to detail, each one as finely crafted as a handmade timepiece.

Koenigsegg took that practice to another level in the CCXR Trevita, which bristles with studied design and engineering details that comprise one of the most well-conceived supercars ever made, a gorgeous hand-built automobile of astounding build quality and technological superiority.

The basic parameters are well established: carbon-fiber chassis and body with aluminum honeycomb reinforcements; mid-mounted engine and gearbox and all-independent suspension with 4-wheel disc brakes. But the CCXR Trevita’s magic lies in Koenigsegg’s execution of that formulation.
A signature Koenigsegg feature is the detachable hardtop that fits into the front luggage compartment—the largest of any in the supercar category—making the Trevita both a true coupe and a roadster complete with dual Speedster-style humps. Another unique yet practical exterior feature is the “dihedral synchro-helix actuation” doors that swing out and up simultaneously on hinges invented by Ko, requiring minimal space for opening.

The Trevita’s engine is an elegantly packaged all-aluminum 4.8L V-8 powerhouse with twin superchargers, double overhead cams, dry-sump lubrication, Inconel exhaust and flex-fuel capability. The block is cast in England, but all machining and hand assembly are done at the Koenigsegg factory. A compact, lightweight unit that weighs just 435 pounds complete with exhaust and superchargers, it is dyno-tuned to deliver 1,018 HP at 7,000 RPM and 797 lb-ft of torque (burning E85 fuel) to the rear wheels through a specially developed Xtrac Super Synchro paddle-shift 6-speed transverse gearbox with a torque-sensitive limited-slip differential.

More than a high-impact visual feast, the Trevita’s bodywork is a thoroughly developed envelope that carves the air stream and guides it over and through the various vents, planes and spoilers that constitute the car’s aerodynamic system, which begins with a deep carbon-fiber front splitter and ends in a dual-element full-width carbon-fiber rear spoiler mounted above large venturi tunnels and dual diffusers.

Step over the Trevita’s wide sills and into the custom-fitted cockpit to a world of well-appointed accommodations and cutting-edge technologies highlighted by the Koenigsegg-designed Chrono Dial multi-function control cluster. Koenigsegg likens the driver’s gauge cluster to a multi-dial watch, its tachometer, speedometer and boost gauges arranged in concentric dials for quick readouts. In addition to the adjustable steering wheel and pedals, there is beautifully crafted leather upholstery and carpeting, power windows and an infotainment system that includes satellite navigation, an MP3 player and USB connection, climate controls, G-sensor, alarm and tire-monitoring system.

The Koenigsegg CCXR Trevita is unquestionably a leading candidate for the title of the World’s Greatest Supercar. It is as exclusive, beautiful, exquisitely detailed and outrageously fast as any of its competitors, if not more so, and this one enjoys the extra fillip of celebrity ownership by one of the 21st century’s all-time great athletes, Floyd Mayweather. Today the supercar has traveled only 1,947 miles and represents a magnificent expression of the automobile as art.