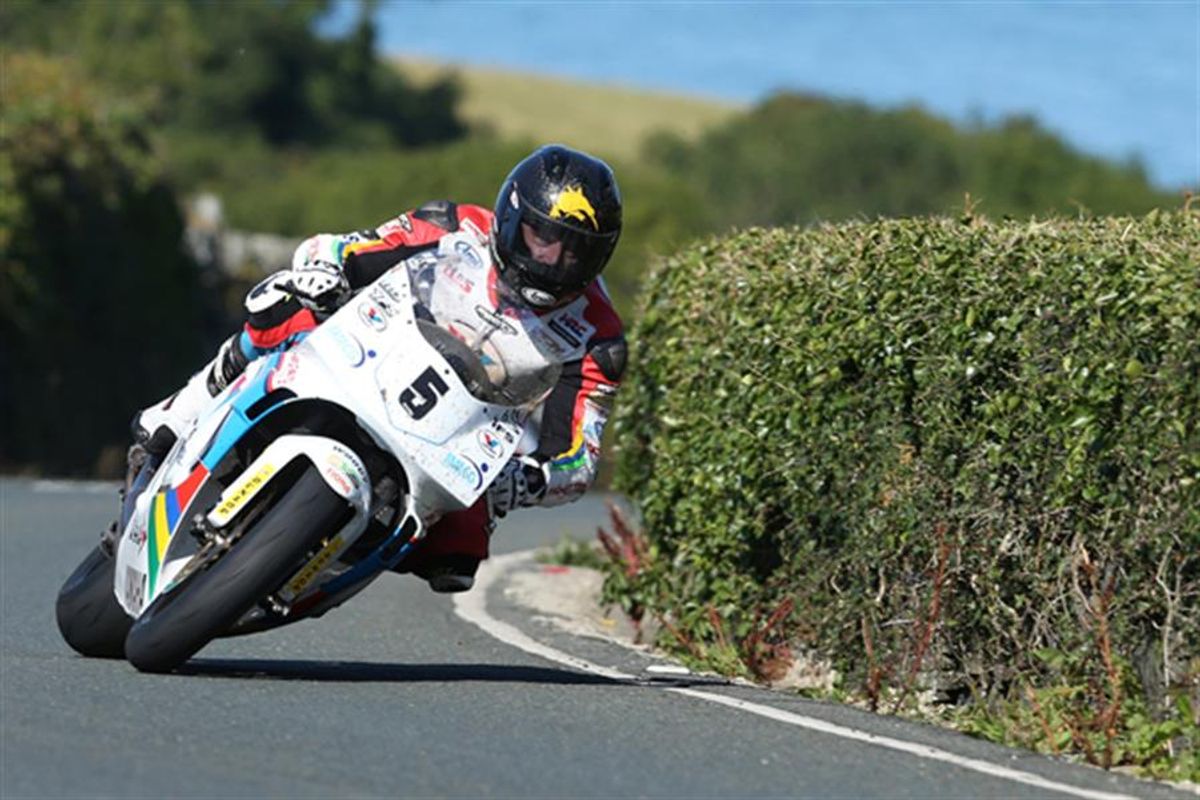 This year’s Classic TT Races presented by Bennetts will be brought to a thrilling climax on Bank Holiday Monday 28th August with the four-lap Motorsport Merchandise Superbike Classic TT Race closing the 2017 race programme. And with a top quality line-up, it is expected to be another record-breaking affair.

Michael Dunlop, the winner of this race in 2013, 2015 and 2016, leads the entry on the 1100cc Team Classic Suzuki and with a near 127mph lap twelve months ago; it would be a brave man to bet against the Northern Irishman who again has the number three plate.

That will see him set off ten seconds behind 2014 winner and, arguably, his biggest rival - Bruce Anstey. The Kiwi has lapped at over 126mph on the Padgett’s Motorcycles YZR500 Yamaha and although he was out of luck last year, further refinements to the two-stroke machine should see him on record-breaking pace.

Just like this year’s Isle of Man TT Races, David Johnson will set off at number one with the Australian lining up on the 1100cc Team York Suzuki with his team-mate and namesake Gary Johnson hoping to make up for a disappointing season at number seven.

A significant threat to Dunlop’s dominance comes at number 9 with Dean Harrison on the Silicone Engineering Kawasaki looking to make amends for last year when he finished second only to be removed from the results due to a technical infringement.

The race is packed with potential race winners and podium finishers - none more so than at numbers four, five and six where Michael Rutter, James Hillier and William Dunlop line up. Rutter finished second last year but switches from the Winfield Yamaha to the Red Fox Grinta Racing Ducati he rode in 2015 whilst Dunlop, third in 2016, remains with the Herheim Racing Kawasaki team.

Meanwhile, Hillier lines up on the Oxford Products Ducati made famous in 1992 and 1993 by Trevor Nation, Mark Farmer and Robert Dunlop.

Conor Cummins, fresh from a strong outing at the Ulster Grand Prix, reverts back to his usual number ten on the Padgetts Motorcycles OW01 Yamaha with Josh Brookes ten seconds behind the Manx racer on the Advanced Performance Coatings Norton, arguably one of the most intriguing combinations in the entry list.

Double Lightweight TT winner Ivan Lintin (12), who was running in the top six last year before retiring, returns with the Kraus Racing Kawasaki ten seconds ahead of Team York Suzuki’s Lee Johnston at 13 while two more potential podium finishers, at least, are also Kawasaki-mounted in the shape of the Mistral Racing pairing of Dan Kneen (14) and Jamie Coward (15), both of whom are enjoying excellent seasons.

Greenall Racing will field Horst Saiger (16) and Derek Sheils (18) on a pair of Kawasaki’s with Danny Webb (17) sandwiched in between them on the Team Classic Suzuki while Andrew Dudgeon (19) and Dan Hegarty (20) complete the top twenty on Kawasaki and Suzuki machinery respectively.

There are a whole host of privateers confirmed to race outside the top twenty who will be looking to impress including Phil Crowe, James Cowton, Michael Russell, Timothee Monot, John Barton, Dan Stewart, Dan Cooper and Michael Sweeney while David Madsen-Mygdal, Kiaran Hankin and Nick Jefferies are set to be the leading runners on the iconic RC30 Honda.