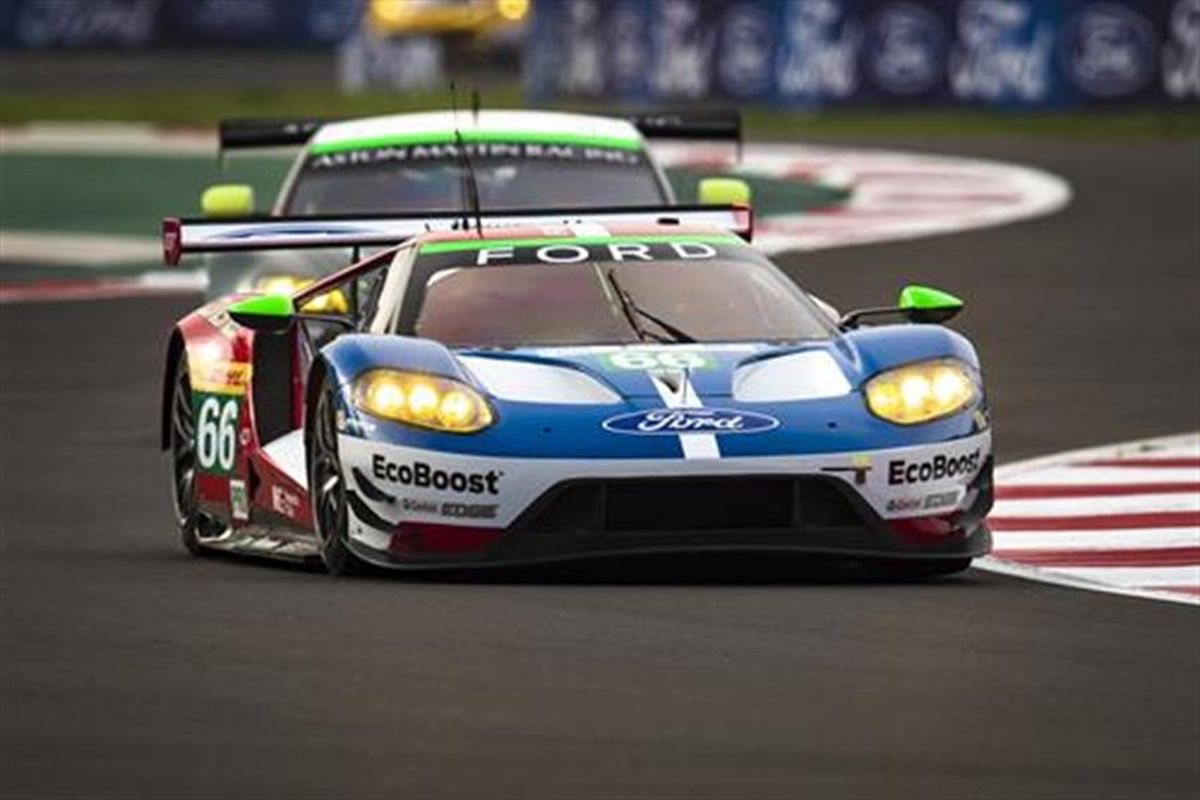 The summer break is over and the FIA World Endurance Championship teams are ready to fire up their engines for the start of the long haul phase of the season.

Starting in Mexico City this weekend, the Ford Chip Ganassi Racing team will compete in the U.S., Japan, China and Bahrain as it fights to be the first winner of the new GT World Championships, following the FIA’s granting of full World Championship status to the GTE Driver and Manufacturer titles at the start of 2017.

The 6 Hours of Mexico was a hard race for the Ford Chip Ganassi Racing team last year, but Team Principal, George Howard-Chappell, is feeling positive about the challenge ahead. With the #67 Ford GT drivers leading their championship and Ford sitting second but level on points with Ferrari in the manufacturers’ battle, it is vital to take as many points as possible out of every event.

“We hope to fair better in Mexico than we did last year,” Howard-Chappell said. “Our 2017 Michelin tyres should be better suited to the track and we have been busy with some changes since the race at the Nürburgring, Germany, so we are very much approaching the race with a positive frame of mind.”

The 6 Hours of Mexico takes place at the 4.438-kilometre Autodromo Hermanos Rodriguez in Mexico City, one of the world’s biggest cities. The track sits at more than 2,000 metres above sea level, providing an extra challenge for the teams due to the effect of atmospheric pressure on the cars’ performance. This altitude also makes it a tough race for the drivers, as Harry Tincknell, driver of the #67 Ford GT explains:

“Because the air is thinner there is effectively less air for your lungs to take in so no matter whether it's running, driving or walking up the stairs, everything feels harder than normal as there isn't as much oxygen being transported around your body. In the car you are normally working at 150-165 bpm heart-rate for two hours, which is the equivalent of a high paced jog, so you feel a difference. It helps to get out there earlier than normal and go for some runs as this helps your body to acclimatise much quicker.

“We also have less power even though we have a turbo-engine car, due to the series’ Balance of Performance adjustments for turbo/normally aspirated cars, so we need to try and carry more minimum or rolling speed through the corner as we don't have the power to slingshot us out the corner.”

During last year’s race the #67 Ford GT ran as high as second place, ultimately finishing in fifth. The #66 car, despite making a good start, was spun out by a competitor and later suffered a mechanical issue that required an extended pit stop, pushing Olivier Pla (FRA) and Stefan Mücke (GER) down to seventh place.

“Last year, Mexico was a difficult race for us but we are hopeful of a good result this time,” Pla said. “We’ve completed some useful testing in the U.K. since the Nürburgring round and I think we’ve done everything we can to improve our chances at a track that doesn’t suit us. As always we will be looking to take maximum points out of this event.”