A trio of fantastic Lamborghinis on offer at Silverstone's September Sale 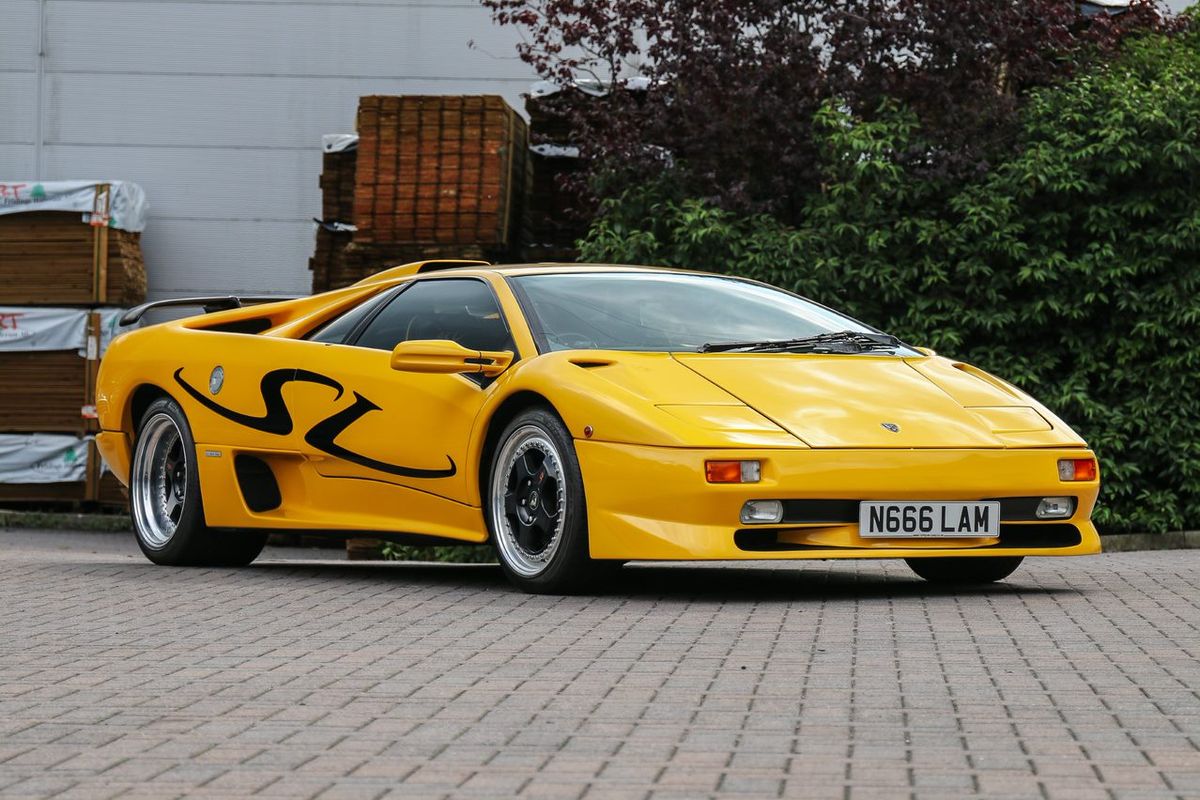 A 2007 Murcielago LP640-4 Versace Edition, 1974 Espada Series 3 and 1996 Diablo SV will be on offer
The September Sale will take place at the Dallas Burston Polo Club in Warwickshire on 29th September

A trio of amazing Lamborghinis will to be offered at auction during the September Sale at Dallas Burston Polo Club on 29th September. The Italian supercar line-up includes a rare Murcielago LP640-4 Versace Edition, a former press and show 1996 Diablo SV and a one-owner 1974 Espada Series 3.

The 2007 Lamborghini Murcielago LP640-4 Versace Edition on offer is one of only 20 cars built and one of only eight cars in right-hand drive. This exotic special edition was first supplied to New Zealand in 2007 before being imported to the UK in 2017 by an avid collector of exotica. Finished in Aldebaran Gloss Black with a Nero over Bianco leather interior, the Murcielago features the Versace Greco motif, which was designed for the car by the stylists from the Versace fashion house. The interior also features a Gianni Versace plaque on the centre console designating the car number 19 of 20 editions. Estimated at £150,000 to £170,000, the Versace Edition uses the same 6.5 litre V12 engine as the standard LP640-4, producing 631BHP and 487lb-ft of torque. The Murcielago comes to auction in impeccable condition, reading only 11,300Km (7,500 miles), and even comes with its original Versace branded luggage.

Also on offer is a 1996 Lamborghini Diablo SV which was the former Alpine Radio press and show car. Estimated at £130,000 to £150,000, the Diablo is one of only 33 right-hand drive UK cars and was first registered on 14th June 1996. Powered by a 5.7 litre V12 with 517BHP and 428lb-ft of torque, the Diablo SV had been in long-term storage since 2007, recently entrusted to The Ferrari Centre, Kent to service the car with the bill amounting to £12,300 only 1,500Km ago. Covering just 33,473Km (20,000 miles), in total the Diablo is presented for auction freshly painted in Giallo Yellow and sporting new SV decals along with a luxurious Alcantara interior stitched in yellow.

“Lamborghini has always held a special place in car enthusiasts’ hearts and the adrenaline and excitement delivered by a Lamborghini is unmatched by any other manufacturer”, says Arwel Richards, classic car specialist at Silverstone Auctions. “Born from a tractor manufacturer and an argument with Enzo Ferrari, the raging bull has grown to become the prancing horse’s fiercest rival. The quality of cars on offer from Lamborghini is incredible and they are always an exciting addition to our auction catalogues”.

For those with a taste for more classical Lamborghinis, a one owner 1974 Lamborghini Espada Series 3 offered in the sale is sure to attract attention. Estimated at £90,000 to £110,000, the Espada is the 50th from last car built of the 1,225 cars in total. Covering just 26,000 miles under its sole ownership, the Espada is finished in a gorgeous shade of Black Cherry with a Burgundy interior. The car has been maintained by highly-qualified aero mechanics using Lamborghini parts and has also been retrofitted with an electronic ignition system, high torque starter motor and braided fuel lines. Recent maintenance has included a full transmission overhaul, cylinder head rebuild and full service by Classic Workshop Ltd in Bicester at a cost of £4,668. The car is supplied with its original tool kit, jack and spare wheel. Along with an original pair of Lamborghini Cologne leather-bound flasks.