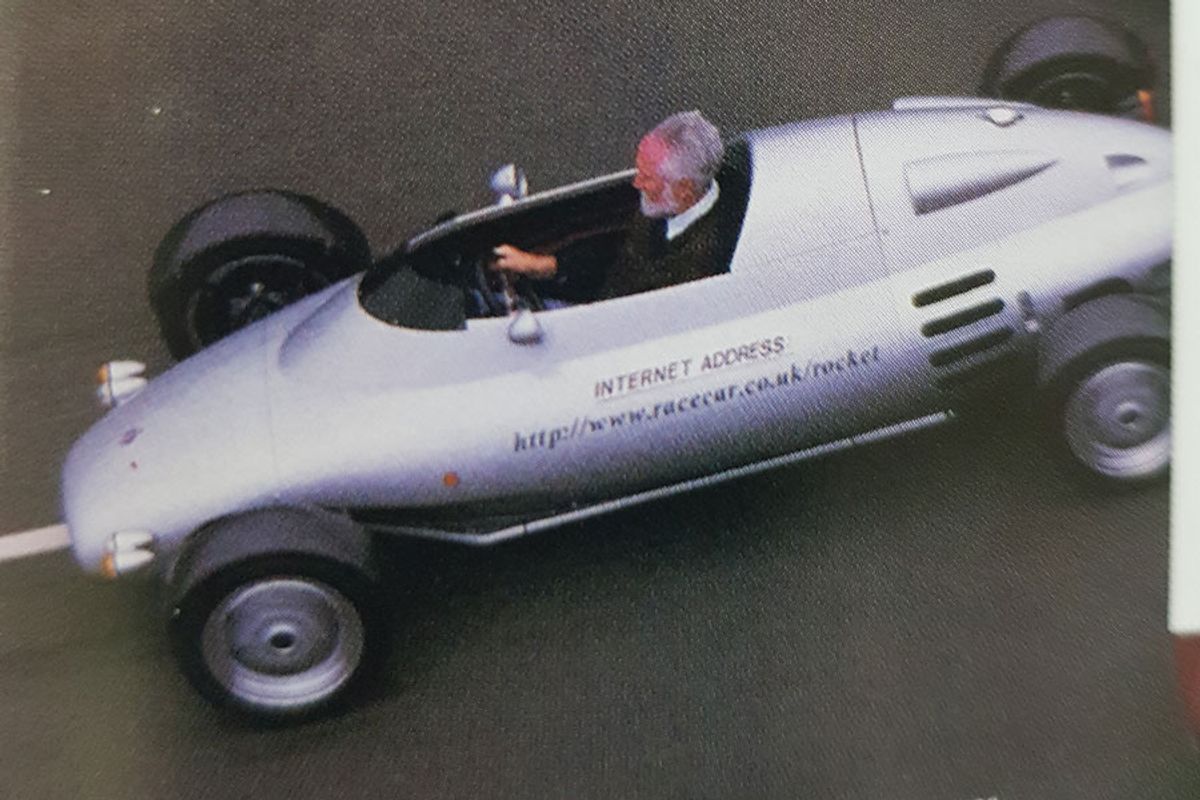 So not a client in the strict sense - as we have not looked after the Light Car Company web site for many years - we built the original site for £300 back in 1997(!) - nor do we have any affiliation to Porter Press the publishers.

However, we did build the orginal web site for Chris Craft and Chris Holley years ago and as part of the deal they leant us a car for display at our stand at the Goodwood Festival of Speed in 1997.

They put the web address on the car and it featured in the Autocar 0-100-0 (see picture above) - whereupon the car clocked a quicker time from 60-100 mph than the other Gordon Murray designed car - the Mclaren F1.

It was at the Oxford LCC base that I also first saw the Russell Savory designed RSV8 2 litre engine (based on 2 FZR1000 engine joined together) which was planned to go in a pretty aluminium 2 seater barchetta that was under the cover in the factory...We ended up doing work for Russell Savory and built the RS Performance site a few years later...

Anyway the book - authored over a long period of time by enthusiast and owner Clive Neville is a cracking read and tells the tale of the cars conception and chequered commercial history. It goes into detail into all the 47 chassis made and brought back memories of trying to manouvere the car with that "switch" of a clutch - would love to have taken it on the circuit - but I think it was Brandon Wang's personal car and taking for a spank and potentially damaging the demo car was not an option sadly - I think some previous demonstration runs had ended with a bit of damage, which made Chris Holley who brough the car down a bit twitchy!

Rarer than a Mclaren F1 and now belonging to a number of well-resourced collectors the prices of the cars when they come up for sale have appreciated somewhat - but that does not mean that thoughts of a whole scale car rationalisation to own one of these exquisite little cars is not thought of from time to time...

Anyway the book would make a great Christmas present for any enthusiast - it is well written and refreshingly candid about the commercial challenges - recommended - link on how to buy below: