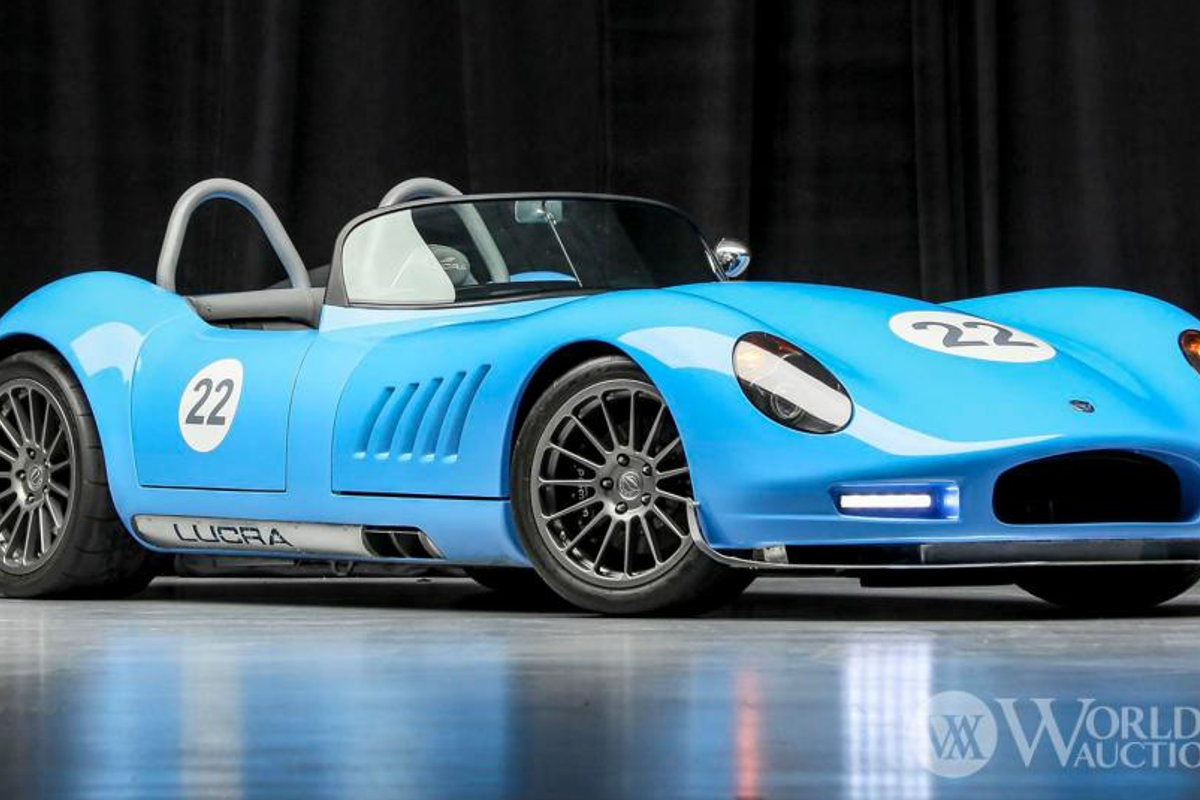 Luke Richards founded Lucra Cars in 2006 as a cure for what he considered wrong with the sports car world. Growing up in England surrounded by European sports cars, Luke learned firsthand about the beauty of a car that handles well and snaps to your utmost command. The craftsmanship and handling of European cars was unrivaled; however, despite the handling the notorious pitfall was the sluggish speeds on straightaways. After moving to America as a teenager, Richardson was introduced to the power and the speed of American muscle. American muscle cars were known for their ability to scream down straightaways, but any race with more than a gradual left turn sent most muscle cars into the barriers. The performance failures of cars on both sides of the Atlantic caused Richardson to spend much of the next two decades searching for a sports car that catered to a need for both speed and power. It is from this hunger for performance that Lucra Cars was born.

Although founded in 2006, Lucra didn’t finish production on the first LC470 until 2010. With a custom chassis designed to perfectly fit a single piece carbon-fiber body, the LC470 could only be considered a work of art. Designed as the perfect bridge between science and art, the LC470 was engineered to optimize weight distribution and balance while still delivering the utmost power and performance. With the choice of three different engines, the LC470 will turn like a race kart and corner as hard as the driver has the guts for.

This example, 1 of only 63 estimated builds, is powered by an LS7 with a Lucra-built custom cold air intake. The engine is mated to a Tremec TR600 five-speed manual gearbox and is equipped with CNC-ported heads. The custom side exhaust features headers and Magnaflow mufflers. The cockpit is finished with gray Connolly leather and sports lightweight aluminum racing seats. The seats, like the carbon-fiber body, help keep the car in the Featherweight fighting class at a mere 2,000 lbs. The 18-inch custom wheels are fitted with Nitto tires to achieve the utmost in traction and grip.

The LS7 engine pulls about 500 horsepower in the Corvette C7; however, Richardson has tuned the engines in his LC470s to push out 650 horsepower. That power combined with the mere 2,000-lb. weight has resulted in a car that is capable of ridiculous speeds. Shooting from 0-60 in a blistering 2.5 seconds and screaming to a top speed of over 200 MPH, this hand-built supercar is made with only two things in mind: speed and cornering. At those speeds, the only features that are relevant to a non-owner are the small, round, European style taillights. The car was designed with a focus on performance, and it achieved something that few other American built cars have: the ability to go head-to-head with supercars that sell for several million dollars. The LC470 is the reason that the Ferrari F50 still sleeps with a nightlight.