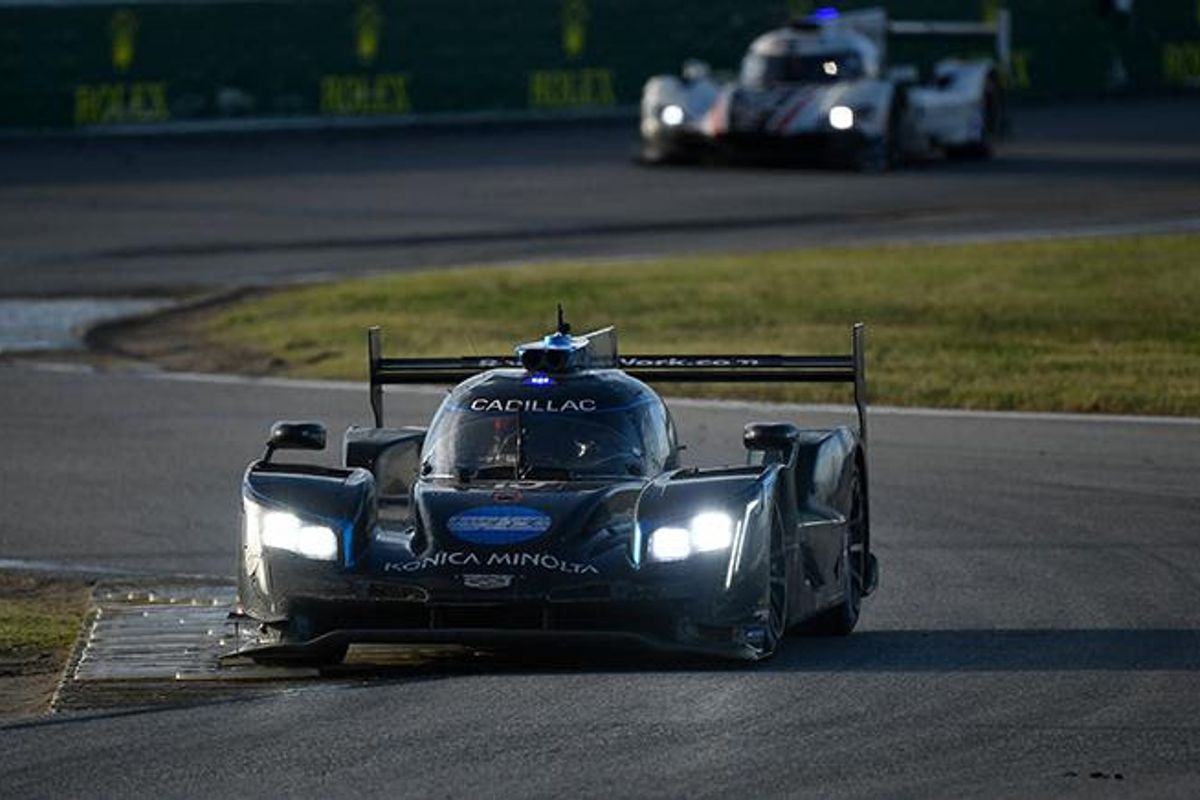 You might need a scorecard to keep track of the first few rounds of the 2021 IMSA WeatherTech SportsCar Championship.

Changes in affiliations between teams and manufacturers produced more than the usual amount of shuffling in driver lineups. And since this has been a shorter offseason than usual, it may take a bit longer to remember who has gone where.

Barely 60 days have passed since the checkered flag flew on the 2020 Mobil 1 Twelve Hours of Sebring Presented by Advance Auto Parts, precious little time for teams to button up contracts. With so many faces in new places, the annual Roar Before the Rolex 24 test – which includes a 100-minute qualifying race for the first time this year – will be more important than ever.

Acura’s decision to split its pair of Daytona Prototype international (DPi) entries between Wayne Taylor Racing and Meyer Shank Racing with Curb-Agajanian was the key domino in the offseason movement.

Ricky Taylor and Dane Cameron, incumbents from Acura’s 2018-20 DPi affiliation with Team Penske, will continue to anchor the marque’s lineup. Taylor returns “home” to the operation run by his father to team with Filipe Albuquerque, who most recently raced Cadillacs for Action Express Racing. Cameron will share MSR’s full-time entry with Olivier Pla, a veteran of the GT Le Mans (GTLM) Ford GT program and Mazda Motorsports’ DPi effort.

Team Penske’s other previously full-time DPi drivers will provide continuity to the 2021 Acura program by competing in the endurance races, starting with the season opener, the Rolex 24 At Daytona. Juan Pablo Montoya will drive for MSR and Helio Castroneves for WTR. Alexander Rossi, an endurance driver for Team Penske, maintains his Acura links with WTR, while Simon Pagenaud has jumped to the Cadillac ranks.

Pagenaud will be part of the Action Express “star” car at Daytona, the No. 48 Ally Racing Cadillac, along with two-time defending Rolex 24 co-champion Kamui Kobayashi, NASCAR champion turned IndyCar rookie Jimmie Johnson and Mike Rockenfeller, who returns to Prototypes after spending recent years as an Audi factory driver in the DTM touring car series and being an add-on for Corvette Racing in WeatherTech Championship GTLM endurance races.

AXR’s full-time entry piloted by Pipo Derani and Felipe Nasr, the No. 31 Whelen Engineering Cadillac, has a star co-driver of its own: 2020 NASCAR Cup Series champion Chase Elliott will make his Rolex 24 debut, along with 2019-20 FIA World Endurance Championship champion Mike Conway, making his fourth Rolex start in the No. 31.

While Cadillac lost WTR to Acura, the American marque picked up a worthy substitute: Seven-time IMSA champion Chip Ganassi Racing returns to sports car racing after a one-year sabbatical, stepping up from the GTLM category into DPi with drivers Kevin Magnussen and Renger van der Zande. The latter comes to CGR from WTR, where he joined Kobayashi as the Rolex 24 winner in 2019 and ’20.

In GT racing, Nick Tandy has been synonymous with Porsche for more than a decade. His accomplishments with the German marque include overall victories in the 24 Hours of Le Mans, the Nurburgring 24 Hours and the Spa 24 Hours, plus 13 wins in WeatherTech Championship GTLM competition since 2014.

But for 2021, the 36-year-old native of Bedford, England, has moved to Corvette Racing, teaming with incumbent Tommy Milner in the No. 4 Corvette C8.R for the full season. For endurance races including the Rolex 24, they will be joined by Alexander Sims, who served as a factory BMW driver the last four years.

Given that he’s staying in GTLM and that Corvette switched to a mid-engine layout last year, Tandy’s learning curve isn’t as steep as it could be. But he still faces a tall task getting up to speed quickly with a new car, team procedures and personnel.

Sims competed full time for BMW Team RLL in GTLM in 2017 and ’18, winning five times and finishing second in the standings in 2017. For the last two years, BMW utilized Sims in Formula E, the electric-powered championship for semi-open-wheel cars.

The 32-year-old London native has run just one sports car race in the last two years, in a front-engine BMW M6 GTLM, so his adjustment from the comparatively low-power Formula E single-seater will be much greater.

Over the last two months, Sims and Tandy spent plenty of time in the GM Racing simulator in North Carolina, and Corvette Racing conducted a private test at Sebring International Raceway to get them seat time in the C8.R.

Other changes of note regarding familiar WeatherTech Championship drivers include:

WeatherTech Racing and Cooper MacNeil stepping up from GTD to the GTLM class to field the No. 79 Porsche 911 RSR-19 in partnership with Proton Competition. MacNeil will share the car with a rotating cast of Porsche factory drivers throughout the 2021 season, opening the year alongside Richard Lietz, Kevin Estre and Gianmaria Bruni at the Rolex 24;
Ryan Briscoe, also a Rolex 24 DPi winner last year with WTR, hopping into the Scuderia Corsa Ferrari GTD entry for the Rolex;
Earl Bamber, who won 25 races and the 2019 GTLM title with Porsche, forming his own team with Rob Ferriol (Team Hardpoint/EBM) for a full-season GTD entry;
Patrick Pilet, who picked up 12 wins and the 2015 crown while a member of Porsche’s GTLM program from 2014-2019, co-driving the Black Swan Racing Porsche this year at the Rolex;
Joao Barbosa moving from the Mustang Sampling Racing DPi to the Sean Creech Motorsport entry in the new Le Mans Prototype 3 (LMP3) class;
Long-time Corvette Racing driver Oliver Gavin heading to Vasser Sullivan Racing for its GT Daytona (GTD) run at the Rolex 24;
Mario Farnbacher, the two-time reigning GTD champion with the Meyer Shank Acura NSX GT3 program that was halted in favor of the DPi effort, joining Magnus with Archangel in an Acura for the Rolex 24.