Two Aston Martin Racing Vantage GT3s will vie for podium honours in the IMSA GTD class of this weekend’s 2021 Rolex 24 Hours at Daytona, with our partner teams The Heart of Racing and TF Sport each having entered strong line-ups for the first major endurance event of the international sportscar season.

24 Hours of Le Mans GTE Am class-winning team TF Sport will make its debut on the hallowed Daytona banking with a strong line-up that includes works driver and FIA World Endurance Championship GTE Am vice champion Charlie Eastwood (IRL) and 2018 Rolex 24 GTLM class winner Richard Westbrook (GB). They will be joined by the team’s new WEC signing Ben Keating (USA). A veteran of 10 Rolex 24s with two podium finishes (USA), Ben is also competing in the event’s LMP2 class in which he finished the race in second in 2020. The line-up is completed by student racer Max Root (USA).

Aston Martin Vantage GT4s will also feature heavily in the 4-Hour Michelin Pilot Challenge opener at the same venue on Friday at 1335 ET (-5 Hours GMT). The British luxury sportscar brand goes into the MPC season as the reigning manufacturers’ champion, and with three strong teams entered, hopes are high for a successful defence. Long-time AMR partner Automatic Racing returns for another season with the #09 driven by Ramin Abdolvahabi (USA), Rob Ecklin (USA) and Brandon Kidd (USA). Meanwhile, Alan Brynjolfsson (USA) and Trent Hindman (USA) will embark on a full season with the #7 VOLT Racing with Archangel Vantage GT4. Notlad Racing by RS1 completes the trio of cars with American drivers Patrick Gallagher and Matt Dalton.

David King, President of Aston Martin Racing, said: “The American sportscar market is vital to Aston Martin, and therefore it is important to see our footprint grow in IMSA. Our US partners Heart of Racing went from strength-to-strength through 2020 in the GTD class, and we have every confidence in their ability to be contenders all season. Their Vantage GT3, combined with what we know TF Sport is capable of this weekend with the #97, represents a great opportunity for us to finally notch up a podium in the Rolex 24. Aston Martin Racing’s success in the Michelin Pilot Challenge last year was further evidence of competitiveness from our Vantage GT customer platform, and with the help of our North American distributor CSJ Motorsports, the teams we have racing them in 2021 are capable of harnessing that promise. These are exciting times for our partners, and we hope to be able share in further success through this season.”

Qualifying for the Rolex 24 has already been completed following the 100-minute Motul Pole Award 100 race to decide the grid positions, last Saturday. The #23 Heart of Racing Vantage GT3 will start from seventh in class while the #97 TF Sport Vantage GT3 will begin the race in 13th. 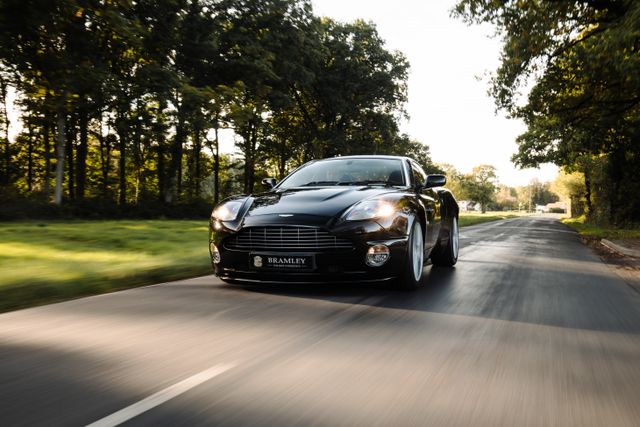