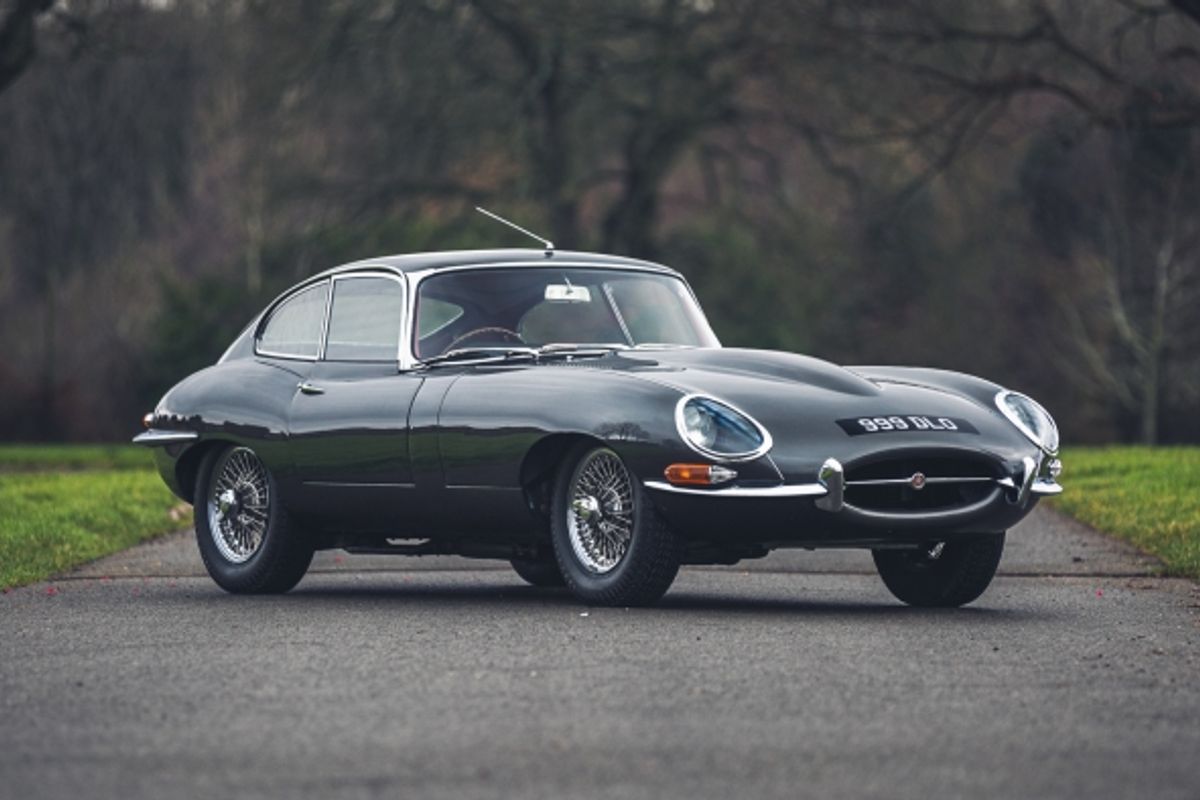 1961 Jaguar E-Type Series 1 (FHC) Flat Floor – Chassis #60
Coincides with the 60th anniversary of the E-Type
Offered from 43 years of ownership in The Race Retro Live Online Auction
Two further Series 1 E-Types also feature in the sale; a restoration project with just 2,805 miles and an original example with celebrity provenance
Silverstone Auctions Race Retro Live Online Auction will see three Series 1 Jaguar E-Types, each with their own unique provenance, offered in the sale.

2021 is the 60th Anniversary of the iconic Jaguar E-Type and remarkably, coinciding with this milestone, Chassis number 60 (860060) will be offered on Saturday 27th March in Silverstone Auctions Race Retro Live Online Auction.

This 1961 Series 1 is a beautiful home-market, right-hand drive, flat-floor, fixed-head Coupe and is finished in the classic colour combination of Opalescent Gunmetal over a red leather interior. Manufactured in 1961 and first registered on 1st January 1962, Chassis 860060 is an early flat floor example, one of the first 175 Coupes built before the recessed footwells were adopted and one of just 1,559 right-hand drive, 3.8 Coupes constructed in total, so a rather rare car in its own right.

Gary Dunne, Silverstone Auctions Sales Controlled commented “We have a trio of very special Series 1 Jaguar E-Types in our forthcoming auction, each one offering a special opportunity into the ownership of this British Classic. To have the 60th E-Type on the 60th birthday of the marque is truly wonderful”.

The second example offers an incredible restoration opportunity; at three months old the 1964 Jaguar E-Type 4.2 Series 1 had covered just 2,805 miles from new when it suffered a sideways impact at Snetterton race circuit. Whilst repairs were carried out, nothing further happened and as such the car remains at this incredibly low mileage today, having only ever been driven by one owner. In need of total restoration, this is an exciting prospect and is sensibly guided at (£): 70,000 – 90,000.

Looking glorious in red over black is the final example, a 1965 Jaguar E-Type Series 1 Roadster 4.2, which was once the property of TV and film actor, Nigel Havers. This rare UK, right-hand drive 4.2 Series 1 Roadster is believed to be original colours, engine, and gearbox, with it displaying all the signs of a very original and honest car. Estimated at (£): 60,000 - £70,000 it will be going under the hammer next month.

The catalogue for the Race Retro Live Online Auction (27th March) is still open for both classic and competition cars. Interested sellers can contact the team on 01926 691141 to discuss their car or by utilising their online submission options.