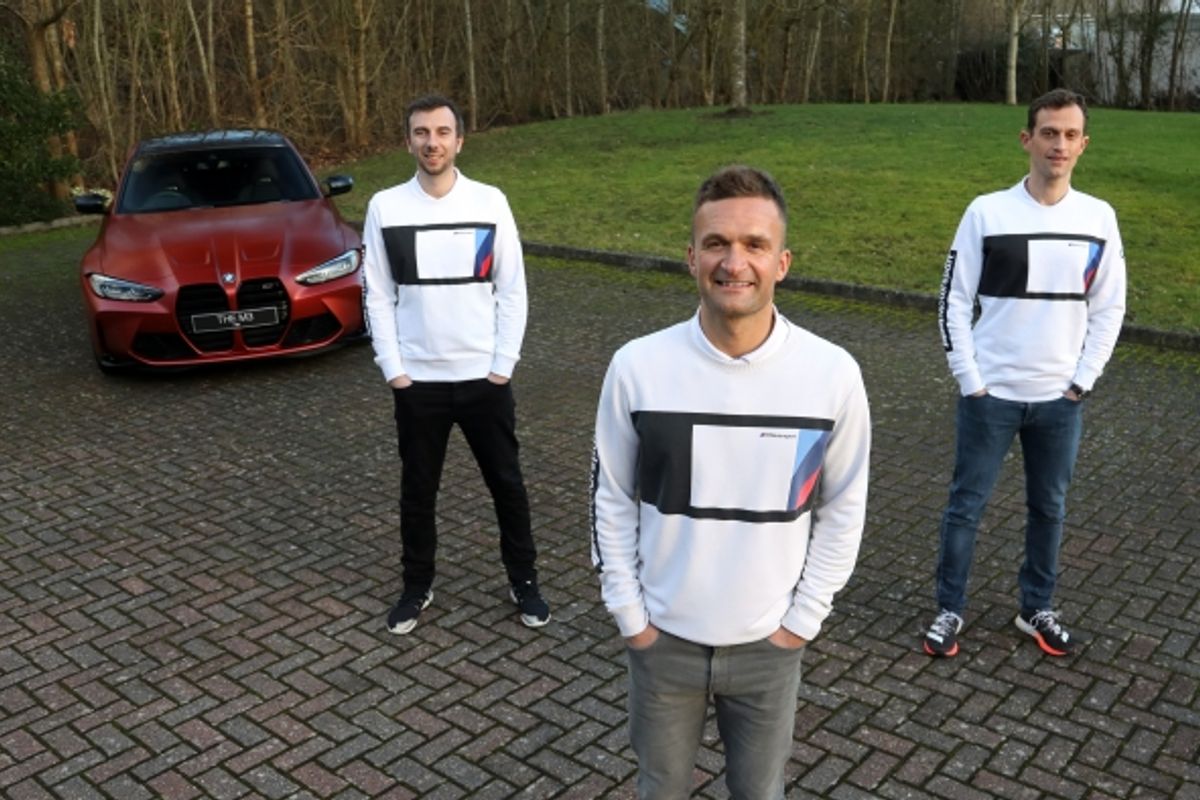 BMW will be represented by a three-pronged attack on the 2021 British Touring Car Championship with Team BMW today (Wednesday) confirming that its line-up of Colin Turkington, Tom Oliphant and Stephen Jelley will battle for the most coveted crown in UK motorsport with the BMW 330i M Sport.

Those achievements were cemented thanks to four-time champion Turkington taking the title fight down to the season finale and claiming second place in the Drivers’ standings, while Oliphant scored his first BTCC victory and finished sixth overall in what was his best campaign to date.

The 2021 line-up is completed by Jelley, who has taken each of his three career BTCC victories in BMWs. Having raced a 125i M Sport last year, his move to WSR-run Team BMW reunites him with an organisation he last drove for in 2009 - a campaign in which he scored his first series victory.

The trio have won 60 BTCC races between them, racked up 159 podium finishes, 23 pole positions, 67 fastest laps and over 4700 career points, giving Team BMW a tremendous chance of going one better than in 2020 and scoring what would be a remarkable title treble.

The 2021 BTCC starts at Thruxton on May 8-9 and comprises 10 triple-header rounds, reaching its climax on the Brands Hatch Grand Prix circuit on October 23-24. Every race will be screened live and in HD on ITV4.

Graeme Grieve - Chief Executive Officer, BMW Group UK: “2020 was a fantastic season for BMW and our partner West Surrey Racing as they achieved another double-title success with the 3 Series. I’m delighted to see an expanded three-driver Team BMW line-up for the British Touring Car Championship. In Colin, Tom and Stephen we have three supremely-talented drivers racing for one of the most successful teams in the history of the championship. I’m looking forward to seeing the story of the season evolve as we aim for a record-breaking sixth straight Manufacturers’ title and many other achievements.”

Colin Turkington - Driver, Team BMW, said: “The confirmation from BMW UK to continue the Team BMW programme allows WSR and I to launch our 14th BTCC season together. It’s not always easy to put these campaigns together year-on-year, but to have done so for 14 years and collected numerous titles is something I’m incredibly proud of. It makes me smile that we get to chase our title dreams together with BMW once again. What we achieved together last season was phenomenal. The pace of the BMW was blistering and we really were the ones to beat. It didn’t have the fairytale ending we all wanted, but you can learn a great deal from defeat, so I’m convinced I will bring even more to the table this year. We have high hopes for the new season and I’m certain it will be as exciting as ever.”

Tom Oliphant - Driver, Team BMW: “I’m hugely excited about the season ahead, and naturally delighted to continue to race for Team BMW. I feel I’ve made a positive step forwards with my performances over the past two years and I now feel so dialled-in to the 330i M Sport... I took on greater responsibility last year - my second year with the team - and that’s really helped my own development both on-track and off it. I certainly feel stronger and more confident as a result. I’m ready to move up to the next level in the championship and with the best overall package on the grid, I’m confident I can challenge for the Drivers’ title and help BMW try to win a record-breaking sixth straight Manufacturers’ crown.”

Stephen Jelley - Driver, Team BMW: “I’m thrilled to join Team BMW for 2021. There were times over the past few years - even when I was winning and getting podiums in the 1 Series - that I wasn’t sure I’d have an opportunity like this again, so to say that I’m looking forward to the season would be a huge understatement. When I walked into the WSR workshop for the first time in over a decade, the first thing that I noticed was just how many trophies there are on the shelves now, and that’s incredibly inspiring. I’ve spent the past few years in a BMW 1 Series, so there won’t be an issue adapting to the 330i M Sport, and I’m pleased to have both Colin and Tom in the team because I think we can all work together well to keep pushing ourselves forwards. I’ve been given the best possible platform to achieve what I want to in the BTCC and I don’t intend to waste it.”