In spite of the absence of spectators (owing to unexpected, last-minute changes in government COVID regulations), the 2021 Donington Historic Festival on 1 & 2 May was a memorable event, with world-class grids bursting at the seams and free to view live-streaming of every race bringing the track action straight into people’s homes and phones.

The live streams were produced by Historic Motorsport TV, the first dedicated video channel for historic racing, and presented with support from DK Engineering, Motor Racing Legends and the Royal Automobile Club. And there’s no need for anyone who couldn’t tune in over the Festival weekend to miss out on the racing from the event, as those live-streams are now available to watch as videos on www.doningtonhistoric.com  - allowing historic motorsport fans to play and re-play their favourite moments to their hearts’ content.

There was a palpable sense of excitement and ‘we’re back’ in the socially-distanced paddock as the cars, competitors and preparers began to arrive at Donington Park on the Friday before the Festival. And, while no motorsport event is ever quite the same without spectators, the tenth running of the Donington Historic Festival was a superb classic motor racing meeting, with the enthusiasm to be a part of it evident in over-subscribed grids of very special racing cars, and highlights including a race exclusively for Ford GT40s.

The event began in style, when no fewer than 32 E-types took to the track as part of the Jaguar Classic Challenge for pre-’66 Jaguar cars, with victory going to Gary Pearson after an impressive tussle.

The Historic Grand Prix Cars Association brought together two very full grids for their HGPCA races for Grand Prix and Formula One racing cars manufactured before 1966, with legendary machines such as Maserati 250Fs out on track. It was two-for-two for Will Nuthall in the Cooper T53, as he took the chequered flag on both occasions.

The ever-entertaining FJHRA/HSCC “Silverline” Formula Junior Championship presented three very full grids. The race for 1958 – 1960 cars was enormously exciting, with just 0.7 of a second separating winner Christopher Drake in his Terrier T4 and second-placed Ray Mallock in his U2 Mk2. Richard Bradley had a successful weekend, winning both the 1960-1963 race and the combined race in his Brabham B2.

The Saturday finished with a spectacular ‘first’ – the debut of Motoring Racing Legends’ Amon Cup for Ford GT40s. Had spectators been permitted, these iconic racers would undoubtedly have drawn a crowd in the paddock, where all 11 were displayed side by side. The sight and – especially – the sound of them powering round Donington Park was just incredible, and live-stream viewers were treated to a decided ‘Le Mans’ feel as the sun set. After 80 minutes of close competition, in which rain threatened but thankfully never arrived, Gordon Shedden and Miles Griffiths took the chequered flag.

Sunday’s race action opened with the oldest of golden oldies - the 'Mad Jack' for Pre-War Sports Cars, with one car on the grid being 100 years old and several others hurtling towards receiving their telegrams from the Queen. Many had illustrious histories, including Richard Pilkington’s 1937 Talbot T26 SS, which had raced at Donington Park 83 years ago. After some competitive racing, father-and-son pairing Justin and Ben Maeers were first across the line in their nimble 1926 GN Parker.

There was an immense line-up of cars spanning the history of tin-top racing for the Historic Touring Car Challenge with Tony Dron Trophy, Sixties Touring Car Challenge & U2TC for ’60s, ’70s and ’80s Touring Cars. ‘Godzilla’ power won the day, with the Nissan R32 GTR Skyline of Andy Middlehurst and Jonathan Bailey fighting through the huge grid to finish ahead of Craig Davies and Steve Soper in the Sierra Cosworth RS500.

Having begun in style, DHF 2021 ended on a high… The entry list for the Royal Automobile Club Pall Mall Cup for pre-’66 GT and Touring Cars, pre-’63 GTs and pre-’60 Sports Cars could not have been more packed – it was the largest grid seen in the event’s history - or more diverse. Lotus XV vs Shelby Daytona Cobra Coupe vs Jaguar E-type vs Ford Mustang vs Jaguar C-type vs Porsche 911 and more… what a way to end the meeting! At the end of the epic three-hour race, Roger Wills and Tim Harvey proved victorious in the beautiful Lotus XV.

Donington Historic Festival organiser, Richard Grafton, said, “It’s been an exhilarating weekend. We are enormously grateful to everybody involved, from the owners, drivers and preparers who brought their precious machines to Donington Park and then raced them with such enthusiasm, to our event partners Dunlop/Goodyear and Silverstone Auctions, the Orange Army of marshals who gave their time and expertise to make everything run smoothly, and the Donington Park, MotorSport Vision and MSVR teams who did everything possible to make the event safe for all participants. We look forward to the return of spectators for DHF 2022.”

Donington Historic Festival back on track in 2022 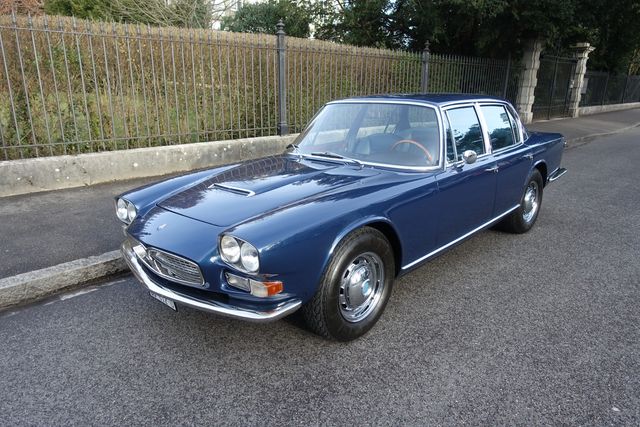