Co-driven by fellow Russian Alexey Arnautov, Lukyanuk was seemingly down and out on Tuesday following a testing crash which left his Pirelli-equipped Citroën C3 Rally2 beyond immediate repair after they rolled five times.

But Saintéloc Junior Team heroically answered their call by transporting a replacement bodyshell from its base in southern France and preparing an all-new car in time for Friday’s start.

Undeterred by his lack of loose-surface running – the 20 kilometres he managed in the build-up to the event was Lukyanuk’s first on gravel since Rally Liepāja last August – the two-time ERC champion kept calm and moved into the lead when long-term pacesetter Nikolay Gryazin was forced out with a double puncture on Saturday’s penultimate stage.

Starting Sunday’s final leg with an advantage of 29.7s over Andreas Mikkelsen and Ola Fløene, Lukyanuk and Arnautov achieved the perfect blend of speed and caution to win in Poland for the second time, unflustered when their Norwegian rivals cut their margin to 17.4s heading to the deciding stage on the streets of the capital, Warsaw, added to the itinerary as part of the event’s 100th anniversary celebrations.

Lukyanuk, for whom victory in Poland was number 12 in the ERC, becomes the first European champion since Luca Rossetti in 2011 to start his title defence with a victory. “Before the rally it was extreme, like a movie but it turned out with a victory with the toughest challenge, with very fast drivers around and with very hard roads,” said Lukyanuk. “I’m just happy to be on the first spot today.”

Pajari was first to finish in ERC3 Junior with Paulo Soria/Marcelo Der Ohannesian triumphing in the Clio Trophy by Toksport WRT, the all-new arrive-and-drive series for the MICHELIN-equipped Renault Clio Rally5. Dariusz Poloński/Łukasz Sitek won the Abarth Rally Cup, while the first ERC-MICHELIN Talent Factory incentives were handed out to registered young stars in Rally2 cars.

Leg two round-up: Lukyanuk wins from the front
Despite his comfortable margin of almost half a minute, Lukyanuk was rapid out of the blocks with the fastest time on Sunday’s opening test. He beat Mikkelsen by 2.0s to grow his advantage to 31.7s as Craig Breen went third quickest ahead of Marczyk, Simone Tempestini and Norbert Herczig.

Like Tempestini, Breen restarted on day two following his leg one exit with suspension damage and capitalised on his lower starting position to edge Lukyanuk on SS10 by 1.2s and claim a first stage win of 2021 for Team MRF Tyres and the Indian manufacturer’s first on gravel in the ERC. However, with Lukyanuk beating Mikkelsen by 2.3s, the Russian’s advantage out front increased to 34.0s.

Mikkelsen began the journey south to Warsaw with back-to-back stage wins courtesy of best times on SS11 and SS12 with his charge through the latter, Gmina Mragowo, streamed live on Facebook and YouTube. It was 8.3s faster than Lukyanuk and meant Mikkelsen would start the penultimate Przasnysz stage (SS13) 22.6s in arrears of the leader. Although Breen took the stage win, Mikkelsen outpaced Lukyanuk by 5.2s. His gap to Lukyanuk was now 17.4s with just the Rally Poland 100th Anniversary stage in Warsaw remaining.

Measuring 1.96 kilometres in length, it would take a major failure from Lukyanuk for Mikkelsen to win. But a trouble-free run from Lukyanuk ensured victory by 18.4s. Mikkelsen claimed second for Toksport WRT ahead of fellow Škoda Fabia Rally2 Evo driver Marczyk (ORLEN Team). Rallye Team Spain drivers Nil Solans and Efrén Llarena sandwiched Škoda Rally Team Hungaria’s Herczig in fourth and sixth respectively with Llarena closing to within 1.7s of Herczig at the finish. Solans was the best of Rally Poland rookies on the back of a strong performance after early troubles on only his second ERC start.

Former ERC2 champion Wojciech Chuchała was in fourth when a mechanical fault struck. A time penalty dropped him to seventh, one place ahead of 2020 French title winner Yoann Bonato. The CHL Sport Auto driver set off on the road to Warsaw in sixth only for a reported engine issue to drop him to eighth. Erik Cais (Yacco ACCR Team) finished ninth, 4.9s down on Bonato with Grzegorz Grzyb, a former Polish champion, completing the top 10 for Rufa Motor-Sport.

Despite having to open the road – and clear a line through the loose-surface gravel for his rivals behind – Umberto Scandola finished P13 for Hyundai Rally Team Italia. Motorsport Ireland Rally Academy’s Callum Devine was P14 having been hampered by gearbox problems on Saturday. Roland Poom and Tomasz Kasperczyk, who fought back from a roll on SS4, finished P15 and P16 respectively.

Perfect Pardo wins ERC2 in Rally2 Kit Suzuki
Spanish youngster Javier Pardo topped a highly competitive ERC2 category on his debut in the division with a strong performance for Suzuki Motor Ibérica. Dmitry Feofanov, in another Suzuki Swift R4lly S, started leg two in third but moved ahead of Victor Cartier when the young French engineer was slowed during the morning loop aboard his self-built Toyota Yaris Rally2 Kit. Andorran veteran Joan Vinyes scored a brace of stage wins in the second Suzuki Motor Ibérica as the rally drew to a close. Pole Michał Pryczek (Subaru Impreza) was fifth on his ERC2 debut, while compatriot Dariusz Poloński finished sixth as the Abarth Rally Cup winner.

Pajari flies to an ERC3/ERC3 Junior double
Sami Pajari made the perfect European Rally Championship debut with an ERC3/ERC3 Junior victory double in his Pirelli-equipped Ford Fiesta Rally4. The Finn beat Frenchman Mathieu Franceschi (Peugeot 208 Rally4) to ERC3 honours with Rallye Team Spain’s Pep Bassas third. Łukasz Lewandowski gave the Opel Corsa Rally4 its ERC3 debut and took sixth place behind Norbert Maior and Nick Loof. Pajari also headed the ERC3 Junior order ahead of Maior, Loof, Kasper Kasari, Daniel Polášek and Amaury Molle, who restarted on leg two after stopping on Saturday with an oil pressure fault. Ola Jr Nore was on course to score an ERC3/ERC3 Junior podium in his Renault Clio Rally4, but a gearbox fault led to his exit one stage from the finish. Broken steering stopped Martin László on SS13, while a car fire forced Nikolai Landa out on SS12. Jean-Baptiste Franceschi also failed to go the distance. Florian Bernardi was a non-starter due to damage caused to his Clio Rally4 in testing.

History made as M-Sport Poland Fiesta driver Armstrong wins new Rally3-based ERC Junior
Jon Armstrong marked the start of the Rally3 era in ERC Junior with victory in his Pirelli-equipped Ford Fiesta Rally3 built by M-Sport Poland following a fine display by the Northern Irishman. Ken Torn stepped up to four-wheel-drive machinery as the ERC3/ERC3 Junior champion from 2020 and finished second, the Estonian showing his pace with several stage wins following an early delay.

All roads lead to the capital for spectacular decider in Karowa
To mark the 100th anniversary of the event’s first running, ORLEN 77th Rally Poland organisers scheduled a superspecial stage in downtown Warsaw, where the original Rajd Polski began on July 23, 1921. Titled Rally Poland 100th Anniversary, SS14 measured 1.96 kilometres in length and was streamed live on Facebook and YouTube and on Motowizja in Poland. The stage layout was almost identical to the route of Rajd Barbórka – Kryterium Karowa, Poland’s traditional end-of-season motorsport spectacular, and was the only sealed-surface test ORLEN 77th Rally Poland. It ran on Tarmac and cobblestone sections through the streets of Browarna, Furmanska and the world-famous Karowa in central Warsaw and featured an iconic final climb. However, because Rajd Barbórka takes place under the cover of darkness in December, rallying in daylight in Poland’s capital city was a unique experience. Given his enthusiasm for the stage, it was fitting that ORLEN Team’s Miko Marczyk was rapid through the run in his Škoda Fabia Rally2 Evo, although Craig Breen came out on top in the end, albeit by 0.2s, for Team MRF Tyres.

P1 Racing Fuels Podium Challenge rewards drivers
The P1 Racing Fuels Podium Challenge continues in 2021. It rewards the top three finishers in ERC1 and ERC2 on all rounds of the championship with fuel vouchers that can be exchanged for P1 XR5 race fuel at subsequent events, helping competitors to further reduce the cost of competing. Across both categories, the winning drivers received 150 litres of fuel, while the second and third placed drivers received 100L and 50L respectively. More information: www.p1racingfuels.com 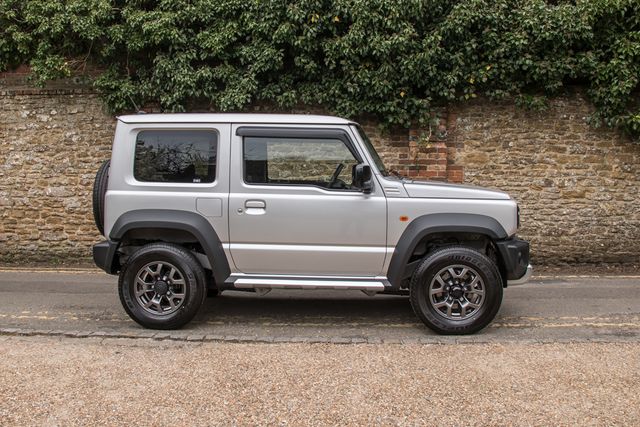