Nikolay Gryazin has delivered a super-fast driving masterclass on leg one of Rally Liepāja, locking-out the four stage wins to reach the overnight halt leading round two of the 2021 FIA European Rally Championship by 10.6s in his Pirelli-equipped Volkswagen Polo GTI R5.

Second fastest on Thursday’s Qualifying Stage, Gryazin joined his ERC rivals on the two-hour journey to Talsi this morning for this afternoon’s quartet of high-speed runs.

After edging Norway’s Andreas Mikkelsen (Toksport WRT Škoda Fabia Rally2 Evo) by 1.9s on the opener, Gryazin was 1.5s quicker than Craig Breen (Team MRF Tyres Hyundai i20 R5) on SS2, 3.3s faster than his Irish rival on SS3 and 1.0s ahead of Breen on SS4 to complete a perfect sequence of stage bests.

“I am happy we are holding this position, even with some difficulties with the grip,” said the Russian, who is based in Latvia and competes with a Latvian licence. “I am hoping tomorrow will be easier and hopefully the guys at the back will be at the front and we can see the real speed of them.”

Gryazin’s comments were in reference to Craig Breen and Efrén Llarena, two leading contenders who ran P21 and P25 on the road respectively on leg one as a result of their times not being fast enough on the Qualifying Stage. It meant they avoided taking part, albeit unintentionally, in the top-15 road selection yesterday evening where they could have been forced to pick a high starting position had they ended up in the lower regions of the top 15 in qualifying.

Five-time ERC event winner Breen, a strong second overnight, acknowledged Gryazin’s sentiments, but insisted he wasn’t a fan of the distorted running order either, despite effectively capitalising on his lower road position. “I completely agree,” Breen said in response to Gryazin’s comments. “It’s not fair the way it’s worked out but tomorrow will be completely fair for everyone.”

Llarena, the 2019 ERC3/ERC3 Junior champion, is third after four stages, 24.3s behind Gryazin in his Rallye Team Spain Škoda Fabia Rally2 Evo. “The last stage was not so good, we lost a lot time at the beginning because there were a lot of rocks and I was not happy to push. Maybe we cannot be on the pace tomorrow, but it’s a long day also. But to be third overall is a good day for us, we are happy.”

Alexey Lukyanuk, the defending ERC champion and current championship leader, has made it four different types of Rally2 car in the top four positions by completing leg one in fourth overall, 25.5s behind Gryazin in his Saintéloc Junior Team Citroën C3 Rally2.

“The stages are fantastic and so interesting to drive but also slippery and you could feel you were losing time,” said Lukyanuk, who ran P10 on the road. “I only made one mistake today, so it was a good job.”

Boosted by his first ERC podium in his native Poland last month and fastest on Thursday’s Qualifying Stage, Miko Marczyk holds fifth after four stages for ORLEN Team and was satisfied with his efforts. Fabian Kreim, the three-time German champion, lost vital time with an overshoot on Friday’s closing run but is a strong sixth overall for Pole Promotion on a rare start on gravel.

Ole Christian Veiby is seventh on his first ERC outing since 2015. The Norwegian reported a pop-off valve issue on his Printsport-run Hyundai, while a stall for Nil Solans dropped the Rallye Team Spain ace from eighth to P10 on the final stage. It means the Spanish Gravel champion will run first on day two followed by ERC1 newcomer Georg Linnamäe, who is ninth overnight, and Andreas Mikkelsen.

Mikkelsen set a trio of top-three stage times but a one-minute time penalty for late-starting SS2 means the Norwegian languishes in eighth place, 1m13.7s off the lead. However, Mikkelsen is adamant his delay was the result of a procedural mix-up and hoped the issue will be investigated by rally officials in Liepāja this evening**.

Erdi Jr edges ERC2 battle with Feofanov
Reigning champion Tibor Érdi Jr heads championship contender Dmitry Feofanov in a battle for Mitsubishi Lancer supremacy. Érdi Jr ranks Rally Liepāja as his favourite event and reported a “good day with no problems”. Feofanov made a late car switch for his home round of the ERC, reasoning the higher top speed of his Lancer would make it more suitable for the fast gravel tests compared to the Suzuki Swift Rally2 Kit he used to place second in class in Poland. Subaru driver Michał Pryczek was third after four stages despite time lost to a right-rear puncture on SS2 and contact with a rock. Dariusz Poloński fought back from a damaged right-rear tyre for complete Friday’s action as the Abarth Rally Cup leader. Victor Cartier retired his Toyota Yaris Rally2 Kit with a technical issue on SS2.

Torn takes his turn to shine in ERC Junior
Ken Torn is relishing his step-up to four-wheel drive by leading ERC Junior at the wheel of an M-Sport Poland Ford Fiesta Rally3 by leading the category ahead of newcomer Oscar Solberg in an impressive P23 overall. Estonian Torn, the ERC3/ERC3 Junior champion from 2020, heads Solberg by 1m13s, the Norwegian damaging his steering on the day’s penultimate stage.

Penalty for Franceschi puts Pajari in front in ERC3/ERC3 Junior
Fiesta Rally4 driver Sami Pajari leads ERC3/ERC3 Junior following a 1m10s penalty for Jean-Baptiste Franceschi (Renault Clio Rally4), who was quickest in class on two of the four stages. Home hero Mārtiņš Sesks (Fiesta) was fastest on the day-closing Ramirent test and his second ahead of Ola Jr Nore (Clio) with Franceschi fourth, 1m09.1s behind Pajari. Nick Loof is fifth followed by Kaspar Kasari, Amaury Molle and Daniel Polášek. Czech rookie Polášek dropped more than 25 minutes when he got beached on a slow corner and needed the help of spectators to get him back on the road. Pep Bassas’s hopes of a strong ERC3 result were undone by early tyre damage, while Łukasz Lewandowski battled back from rolling his Opel Corsa Rally4 on SS1. Nikolai Landa crashed on SS2, while damaged suspension and a broken driveshaft meant Norbert Maior’s challenge ended on the same stage. ERC3 Junior driver Martin László dropped out during Friday’s running. Newcomer Joosep Ralf Nõgene stopped with a gearbox issue.

Timur charges in Clio Trophy by Toksport WRT
Turkey’s Yigit Timur is the driver to beat in the ERC’s the new arrive-and-drive series for the Clio Rally5 on MICHELIN Tyres, the Clio Trophy by Toksport WRT. Andrea Mabellini is second after an overshoot on SS1 with Ghjuvanni Rossi third followed by Bastien Bergounhe. But it was a tough start to the day for points leader Paulo Soria, who retired on the opening stage when he slid off the road into a ditch and got stuck. The Argentine will restart on leg two.

**Mikkelsen/Fløene’s starting position for leg two will be based on their total time after four stages without their one-minute time penalty while the stewards gather further evidence following a protest submitted by Toksport WRT into the decision of the clerk of the course to apply the penalty. 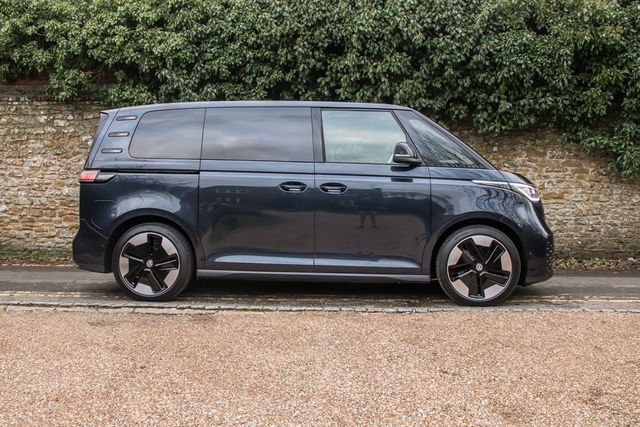