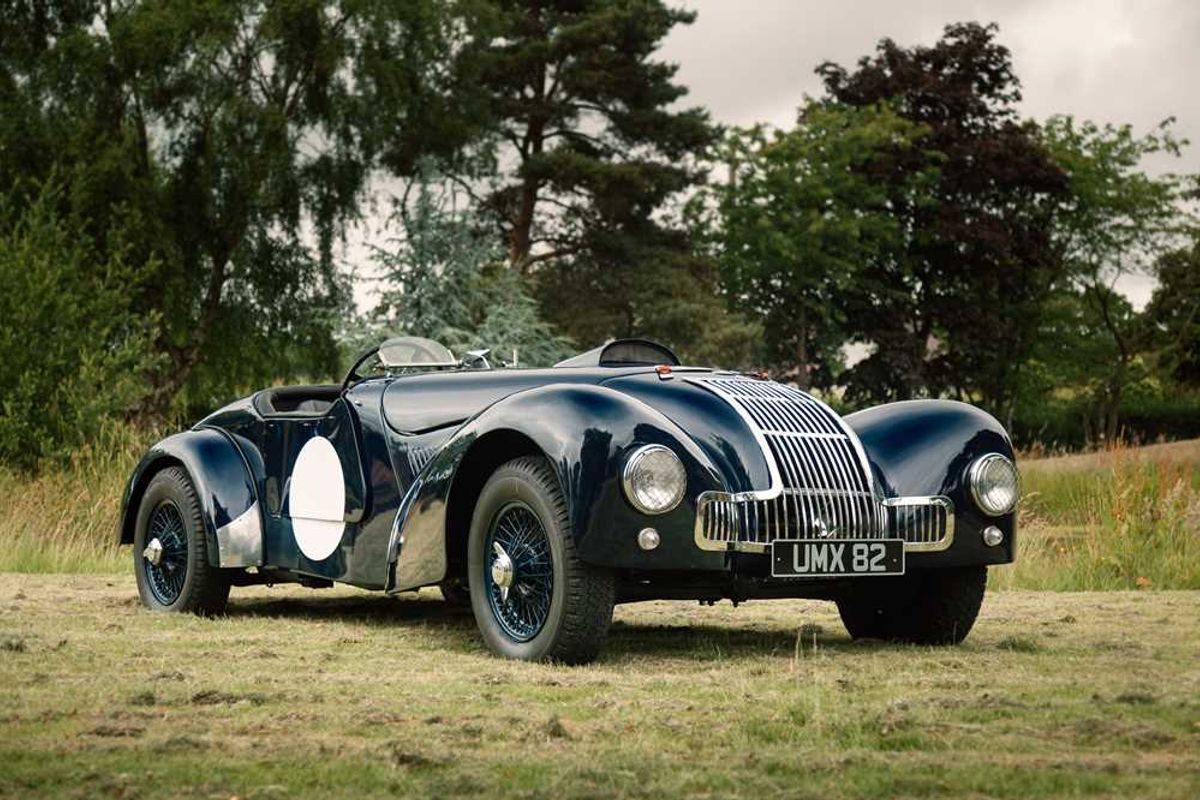 The 1976 Ferrari 308 GTB 'Vetroresina' is a highly-original, unmolested example and is offered in completely standard specification. It represents a truly unique opportunity to purchase perhaps the last available 'dry sump' 308 GTB that ticks literally every box for an investor or collector - highly original 'timewarp' condition, finished in a rare and iconic colour, with low ownership, warranted mileage and factory toolkit.

Supplied new in September 1976 and registered by Maranello Concessionaires for their own use, 'OPC 97R' was specified in striking 'Blu Dino' with contrasting beige leather, 'period' brown carpets and air conditioning. The Egham-based home of all things Ferrari retained the car for twelve months, later selling it to Mr. Lambert of Banbury on the 18th September 1977. A Merchant Seaman by profession, Mr. Lambert used the car as his 'daily driver', carefully dry-storing it for lengthy periods when away at sea.

This rare RHD dry-sump '308' was fortunate enough to spend thirteen years in a Carcoon air chamber during 2003 - 2016 and following a spinal injury and the subsequent operation that made driving the Ferrari no longer viable; Mr. Lambert decided to part with the car after forty-plus years of ownership.

Homage to Jaguar C-Type Homage to one of the most famous Jaguar c-types sells for £67,500

The stunning evocation (copy) of the first Jaguar sports racer to be fitted with disc brakes, privately owned by race driver & journalist, Tommy Wisdom, was developed alongside the Jaguar factory race cars. It was knocked down for £69,000 after stiff bidding by H&H Classics at the Pavilion Gardens, Buxton on July 7th .

Damian Jones of Head of Sales at H&H Classics comments: “This is among the nicest C-Type Evocations we have encountered and self-evidently a labour of love.”

The engineer who created this ‘tribute beauty’ made almost annual pilgrimages to the Le Mans 24-hours and had long dreamt about building a Jaguar C-Type Evocation. He settled upon a Realm Heritage kit because of the strength of its tubular steel spaceframe chassis (not dissimilar in ethos to that of the Coventry manufacturer’s original design) and the quality of its GRP bodywork. Having bought the engine, manual overdrive gearbox, axles, steering and pedal box from a 1975 Jaguar XJ6 3.4 Litre donor car in late 2013, he spent months the following year assembling this stunning Realm Heritage C-Type.

A rare 1947 Allard K1 with period competition history and unique coachwork sells for £64,125

Allard, like Ferrari and Porsche, flowered after World War II - A British marque whose race-bred lines were created by a charismatic genius, Sydney Allard, earning respect on the road as well as on the track.

The highly interesting period competition car has a history, substantiated by much correspondence and other paperwork. It is one of just 151 K1s made.

Allard, much like Ferrari and Porsche, began as a phenomenon of the Automotive Renaissance - those exciting, innocent years immediately following World War II. All three marques were race-bred lines fostered by charismatic genius, and all three earned immediate respect on the road as well as on the track.

Being top quality, hand-built British cars with American mechanicals, Allard's were very usable and relatively inexpensive to run and maintain. With their powerful and torquey V8 engines, three-speed manual gearbox and high overall gearing, they were fast and exciting cars to drive. Allard's were immensely popular in production sports car racing in North America, providing drivers such as Tom Cole, Zora Duntov, John Fitch and Carroll Shelby with numerous successes - in 1953 Shelby won every race he entered with his Allard.

A selection of sales highlights