McLaren Automotive concluded a successful weekend at the 2021 Goodwood Festival of Speed with a sensational victory for the 720S GT3X in the Timed Shootout Final.

As crowds returned to the summer event in the grounds of Goodwood House in West Sussex, UK, the all-new McLaren Artura made its public dynamic debut on the famous Goodwood Hill. It was joined by a GT, a 765LT and a 620R – the latter two with Bruno Senna at the wheel - and an Elva, which was driven in typically exuberant style by McLaren Chief Test Driver, Kenny Bräck.

The most spectacular performance of the event was however reserved for McLaren Factory Driver Rob Bell in the 720S GT3X. Competing in the Timed Shootout Final, Rob deployed the car’s extreme performance with supreme precision as he stormed to the top of the leaderboard with a time of just 45.01 seconds, more than a second clear of his nearest rival.

“Winning the Timed Shootout Final was the perfect end to an excellent 2021 Festival of Speed for McLaren. Rob Bell drove magnificently, showcasing the outstanding capabilities of the 720S GT3X to great effect in mastering the challenging Goodwood Hill. And with so many of our cars on display and in action – including the all-new Artura making its public dynamic debut and the remarkable Elva – this was a wonderful opportunity to meet customers and fans face-to-face once again and celebrate all things McLaren.”
Mike Flewitt, CEO, McLaren Automotive

Designed and developed in-house by the motorsport arm of McLaren Automotive, McLaren Customer Racing, the 720S GT3X is for track use only. Weighing just 1,210kg and powered by a hand-built 4.0-litre twin-turbocharged engine producing 720PS – with an extra 30PS available via a ‘push-to-pass’ system – it is not restricted by racing regulations and has a power-to-weight ratio of 620PS*-per-tonne.

The 720S GT3X can be ordered through 11 official McLaren Motorsport Retailers worldwide. 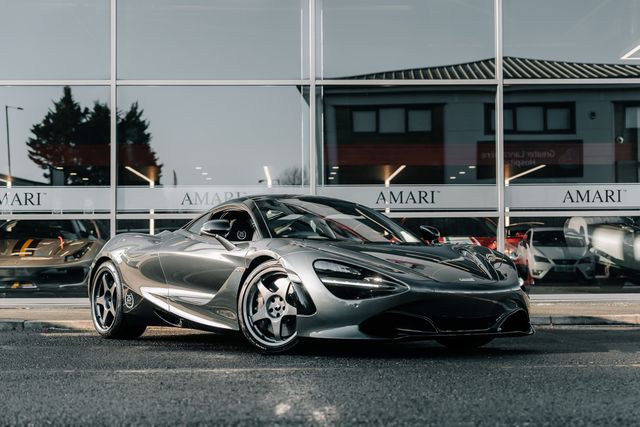