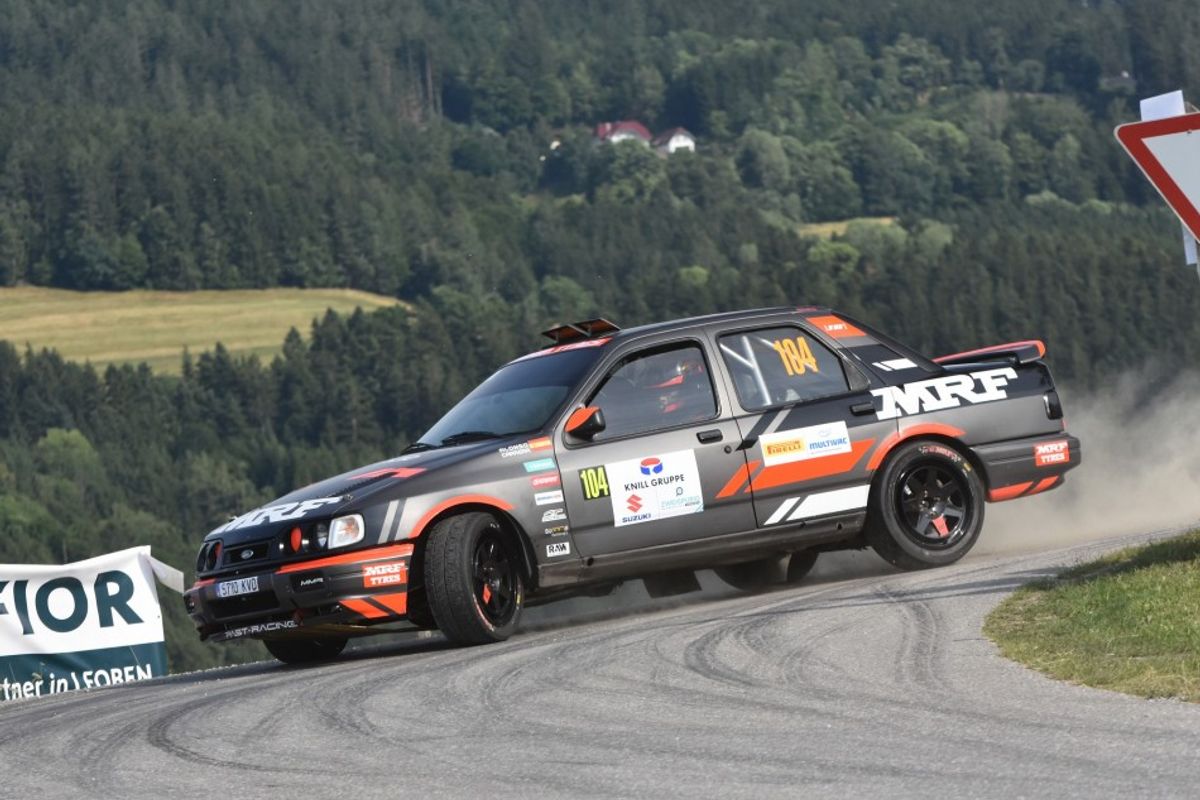 The no 104 Ford Sierra Cosworth 4x4 of Daniel Alonso Villaron and Candido Carrera Estevez finished the second day at the head of the Rallye Weiz leader board to extend their championship lead in Category 4.

The Spanish duo finished 52.5 seconds ahead of the no101 Audi quattro of ‘Zippo’ and Denis Piceno, the Italians re-joining the rally with a time penalty that put them in 17th overall after the fuel issues that saw them retire from SS6 on day 1.

The Audi took the fastest time on all eight stages on Day 2 to leapfrog up the standings and finish second overall and win Category 3, their 4th victory in four events.

Alonso and Carrera also had their problems, with the Ford suffering a broken turbo that the mechanics had to work hard to fix.

The no106 Porsche 911 RSR of Anders and Ingrid Johnsen was pushing hard and briefly took the overall lead of the rally after SS11 before Alonso re-established his lead a stage later.

The Swedes were leading Category 2 but failed to start the fourteenth and final stage with an unspecified technical defect.  This put Paolo Pasutti and Giovanni Campeis in the no109 Porsche Carrera RS into the Category 2 lead, the Italians finishing the rally in third overall.

Second place in Category 4 went to the no110 Ford Sierra Cosworth 4x4 of Alfons Nothdurfter and Jurgen Nolte, the Austro-German pairing finishing in 4th overall 3m02.6 behind Alonso’s Ford and well ahead of the third place Category finisher, Ermanno Sordi and Samuele Sordelli in the no118 Porsche 911 SC RS.

After failing to finish in the Czech Republic and in Hungary, Ernie and Karen Graham returned to the podium by finishing second in Category 2 and 5th overall 1m29.6s behind Pasutti’s class leading Porsche.  Laszlo and Edit Mekler finished 3rdin Category 2 in their no107 Alfa Romeo GTAM 1750 in 9th overall.

The second FIA EHRC Category 3 finisher was the no116 Volvo 244 of Siegfried and Renate Meyr, the Germans finishing in 10th overall 10m08.3s behind the overall winner.

There were several retirements on Day 2 of the Rallye Weiz.  Ville Silvasti and Risto Pietilainen also rejoined the rally after suffering fuel problems on Day 1 but the no105 Audi quattro S2 had further issues on Day 2 and retired after the first stage of the day.

The no115 VW Golf of Georg Reitsperger and Lana Sutlovic retired with a technical issue in the morning, as did the no117 BMW 2002 Ti of Michael Putz and Elisabeth Trimmel.