with McLaren Automotive to showcase engineering and design talent

On 26th July Brooklands Museum will open its new ‘Driven by Design’ exhibition exploring the fascinating world of supercar design in collaboration with McLaren Automotive.

As part of the company’s long-standing commitment to encourage more young people into careers that involve science, technology, engineering, maths and design, McLaren is loaning three exhibits including a McLaren Senna GTR prototype car, a McLaren Senna GTR concept car and a full-scale LEGO model of a McLaren 720S.

The exhibition forms a key part of the supercar company’s 10-year anniversary celebrations. Will also feature some of the 2,500 strong team who help design, engineer, test and build these incredible supercars including McLaren Development Driver Bruno Senna.

Brooklands holds a proud position as the birthplace of motorsport in the UK, not only boasting the first purpose-built racetrack anywhere in the world but it also held Britain’s first Grand Prix in 1926. Alongside its place at the centre of British motorsport, Brooklands has a strong history of aviation design and manufacture with many technologies developed there such as carbon fibre composites, which McLaren first introduced into Formula 1 40 years ago, and has featured in every McLaren race or road car since.

The exhibition will draw parallels between those involved in the development of the McLaren Senna GTR and Brooklands’ personalities from its time as an engineering hub for the automotive and aerospace industries where technology flowed freely between them.

The McLaren Senna GTR is the ultimate track machine, freed from all motorsport or road regulations. The prototype and concept car on display at Brooklands form a crucial part of the McLaren Automotive story which builds on founder Bruce McLaren’s dream of creating the best supercars in the world

In 2018, the concept car was presented to an eager public at the Geneva Motor Show. The prototype then went on to set new standards for automotive engineering as Bruno Senna, McLaren Development Driver and nephew of legendary Formula 1 driver Ayrton Senna who won all three of his World Championships at the wheel of a McLaren, put it through its paces in the quest to build the world’s best track car.

“The lesson of Brooklands is that anything is possible if you have the determination, ambition and spirit. Since the launch of the McLaren 12C a little over a decade ago, McLaren Automotive has quickly become one of the most admired supercar brands in the world.”

“When we look back on this period, we will measure this achievement as equal to the feats achieved by Malcolm Campbell or any of the other Brooklands pioneers of the 20th century. We are proud to host some incredible vehicles here but, above all, Brooklands Museum is a place of inspiration where we can look at past achievements and use them as an example of how to overcome the challenges we face today. The future of mobility is a question that stretches beyond the automotive industry and we hope that the opening of this new exhibition will inspire the next generation of engineers and problem solvers on whose shoulders so much rests. We are very grateful to McLaren Automotive for choosing Brooklands Museum to exhibit these beautiful examples of engineering excellence and to be able to tell the stories of the people who developed them.”

“We’re thrilled to support the new Driven by Design exhibition at Brooklands Museum. It’s a fantastic way to celebrate 10 years of McLaren Automotive as a supercar company and also a great way for children and parents alike to get up close with some very special development cars that are usually at the McLaren Technology Centre, nearby in Woking. Visitors will be able to learn more about McLaren and how we create our cars, including from members of the team who played a fundamental role in taking the McLaren Senna GTR from concept to final production car, and also see a life-size McLaren 720S made out of LEGO. We hope this exhibition inspires the next generation of designers, engineers and development drivers.”

This is the first new exhibition focused on cars to open at Brooklands Museum in over a decade. Driven by Design explores McLaren Automotive’s design and development process - what it takes to design a supercar and the skills needed to achieve groundbreaking engineering.

By exploring the skills and approaches to their work, and highlighting the people behind it, Brooklands intend to illustrate what innovation and collaboration looks like in a dynamic organisation like McLaren Automotive. It is important to Brooklands to show what opportunities lie within the sector, to inspire the next generation to think about how they can apply their own passion to challenges they may face. The exhibition is aimed at 12 to 18 year olds with a particular emphasis on STEM careers, providing our younger visitors the opportunity to explore the individual team members backgrounds - to see what they studied, what their greatest achievements have been, what their role at McLaren is and how it fits in with the broader team. Underpinning all of this will be the three featured McLaren supercars, underlining that through creativity and innovative thinking, great things can be achieved. 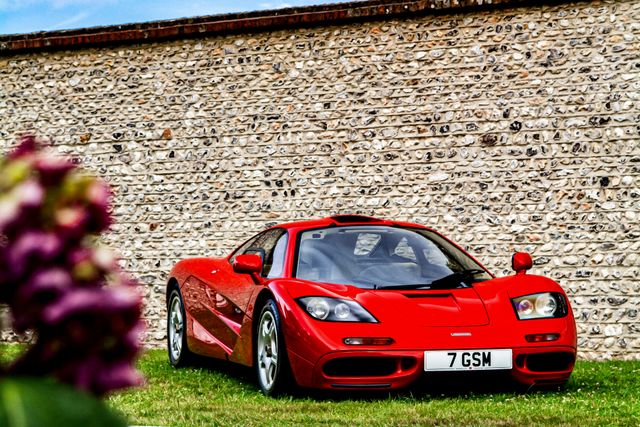