Unveiled at the Frankfurt Motor Show in late 1955, the BMW 507 roadster, designed by Count Albrecht von Goertz, stole the show. So pure and perfect from every angle, the new BMW roadster immediately took its place among the greatest automotive designs of all time. Not only did the 507 look like a true sports car, it also performed like one, too. With a rigid box frame, upgraded suspension, four-speed synchromesh gearbox, and large Alfin drum brakes, the 507 possessed an ideal foundation for BMW’s robust twin-carb V-8 engine. Production of the 507 commenced in 1956 and ended in 1959, with just 254 examples built. The limited-production V-8 roadster quickly became the most desirable postwar model produced by the Munich-based marque.

The BMW 507 presented here, chassis 70110, is a desirable Series II model, of which 218 examples were built. 70110 was completed in 1958 and finished in Silbergrau (Silver Grey), and came factory equipped with a hardtop and exhaust tips. Upon completion, this example was displayed in the BMW Pavilion in Munich. It was then shipped to Caracas, making it one of just 13 BMW 507s delivered new to oil-rich Venezuela. After its brief appointment in South America, the car returned to Europe, where it remained for the next five decades. In May 2014, 70110 returned to BMW Classic for an extensive inspection and factory expertise report, and a bound copy of the report is included with the car at auction. Owned by American collectors for the past five years, this BMW has only been displayed once, at The Quail, A Motorsports Gathering in August 2016. With its factory-correct Silver Grey finishing, red leather upholstery, and contrasting dark hardtop, this 507 is sensational in appearance and is highlighted by its ultra-rare Rudge knock-off wheels and period-correct whitewall tires.

Among the most iconic, beautiful, and desirable European sports cars of the 1950s, the BMW 507 is a highly sought-after model by discerning collectors. These exceedingly rare examples are eligible for the most exclusive concours d’elegance and driving events, including the Mille Miglia and Colorado Grand. As the ultimate representation of achievement from BMW, a high-quality 507 is a rare find – let alone a desirable Series II example such as this one. The beautifully restored and carefully maintained 70110 is surely among the finest 507s in existence.

The official auction house of the Pebble Beach Concours d’Elegance®, Gooding & Company, has unveiled its catalogue for its live Pebble Beach Auctions, featuring an additional lineup of major, show-stopping consignments. Throughout its two-day sale on August 13 and 14, 2021, the auction house will present historic cars of top value and provenance from legendary marques including Ferrari, Mercedes-Benz, Aston Martin, Maserati, and BMW. 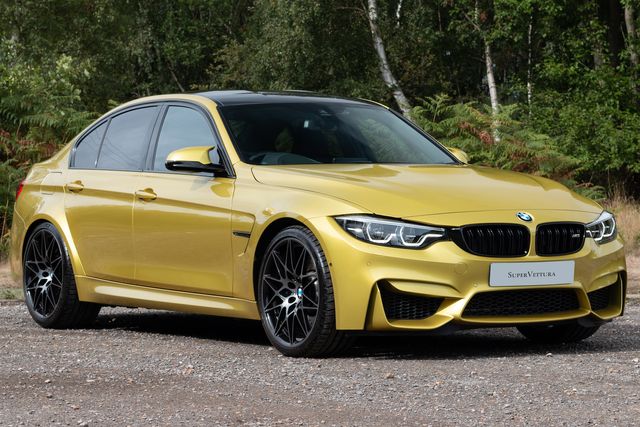