Sells the Year’s Most Valuable Car at Auction

Image: The 1995 McLaren F1 on the auction block, sold by auctioneer Charlie Ross for a world record price of $20,465,000.
Photo copyright and courtesy of Gooding & Company. Image by Jensen Sutta.

Pebble Beach, Calif. (August 16, 2021) — The official auction house of the Pebble Beach Concours d’Elegance®, Gooding & Company, made a memorable return to the live auction stage, setting numerous world records and realizing a grand total of $107,045,410 at the 17th year of its revered Pebble Beach Auctions. Over the course of the two-day sale, the internationally acclaimed company sold 115 of 132 lots, resulting in an 87% sales rate with an average price of $930,829 per lot. Four of those lots were among the top ten sales across all of car week, with the first and second most valuable cars being sold by Gooding & Company.

After last year’s hiatus from live auctions, enthusiasm and anticipation for this year’s event was at an all-time high, and the weekend kicked off with a record-setting series of sales on Friday evening. A sleek red 1992 Ferrari F40 from the collection of Donald L. Weber achieved $2,892,500, setting a new world record price at auction for an F40. Additional stunners from the Weber estate excited the audience, with the 1967 Ferrari 275 GTB/4 raking in a hefty $3,662,500, and the robust collection garnered an overall 100% sales rate. The evening continued with the sale of a pristine, show-quality 1968 Lamborghini Miura P400, which sold for $1,902,500 and set a new world record for a Miura P400 at auction. The crowd in the packed marquee cheered excitedly as celebrated auctioneer Charlie Ross presented fan favorites, including an elegant 1963 Mercedes-Benz 300 SL Roadster, selling for a remarkable $3,085,000. Heads were turned by the gorgeously vibrant Tricolore livery of the 1959 Ferrari 250 GT LWB California Spider Competizione, which achieved a final selling figure of $10,840,000 — the second highest price of the week.

The star of the show, and all of car week in entirety, was surely the unparalleled, time-capsule 1995 McLaren F1, which set a world record auction price for the model at $20,465,000. Tensions were high across the tent as bidders and spectators witnessed automotive history written in front of their very eyes with this historic sale. Notably, the F1 also made headlines as the most valuable car sold at auction this year. The monumental evening closed out with yet another captivating bidding war with the record-setting sale of the 1980 Mercedes-Benz 300 SD. The car achieved $156,800, a figure triple that of the estimated value, surprising each head in the room.

Saturday’s auction kept up the momentum with yet another host of incredible sales, including the 1930 Duesenberg Model J Disappearing-Top Convertible Coupe, which brought in $3,965,000, and the 1958 Ferrari 250 GT Series I Cabriolet, which achieved $4,405,000. An iconic 1914 Stutz 4E Bearcat also crossed the block with a selling price of $2,920,000, setting a world record for any Stutz ever sold at auction. Gooding & Company also held the honor of selling the collection of the late and great Neil Peart, the world-renowned lyricist and drummer for Rush. In an endearing and bittersweet moment, the crowd witnessed his “Silver Surfers” presented on stage, embodying Mr. Peart’s deep passion for collector cars.

The star car of the second day’s auction was undoubtedly the 1929 Bugatti Type 35B Grand Prix, which made a grand entrance on stage through the enthralling roar of its engine. Selling for a world record auction price of $5,615,000, this historic Grand Prix-winning veteran stole the show with its unmatched pedigree and provenance. It was also decorated with designations at the Pebble Beach Concours d’Elegance® on Sunday, being awarded with the Chairman’s Trophy presented by Sandra Button.

“It was beyond a pleasure and joy to return to the live stage with our expert auctioneer Charlie Ross and present an exceptionally stellar collection of cars this year,” said Gooding & Company President and Founder, David Gooding. “We were so grateful to see everyone and welcome their patronage while reminding them what a Gooding & Company auction is all about: distinct quality, full integrity, and true showmanship.”

Throughout the weekend, the auction house garnered the attention of viewers who tuned in to witness the magic of revered auctioneer Charlie Ross as he masterfully conducted each sale. The Pebble Beach Auctions also brought in an unprecedented number of online bidders taking part in the action via the company’s digital platform. From the multiple world records set, to the incredible turnout and the incomparable, top-of-the-line selection of collector cars across all periods and preferences, Gooding & Company’s 17th Pebble Beach Auctions defined the industry yet again.

Additionally, the Pebble Beach Concours raised more than $1.75 million for charity this year, bringing the event’s total charitable donations to over $32 million to date.

Gooding & Co sells most expensive car of the year: 2021 review 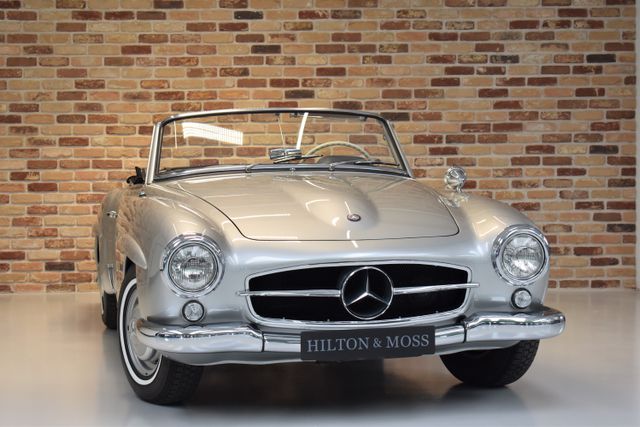