SRO Motorsports Group, together with Brabham Automotive, have announced Brabham Automotive’s intent to compete in the invitational class of the 2022 Fanatec GT2 European Series with the new Brabham BT63 GT2 Concept.

The first step in this exciting journey will see Brabham Automotive competing in the invitational class at the final round of the inaugural Fanatec GT2 European series season at Circuit Paul Ricard on 1-3 October 2021.  Brabham Automotive will then work closely with SRO Motorsports Group in relation to homologation requirements for the 2022 season.

It is fitting that Brabham Automotive will make its invitational debut at a track which witnessed Brabham F1 team’s final Formula One victory when Nelson Piquet took the chequered flag in 1985.

“We are delighted that Brabham Automotive will be making its debut in the Fanatec GT2 European Series in October this year. I would personally like to welcome back David Brabham to an SRO promoted series, especially with the superb Brabham BT63 GT2 Concept, a car bearing his name. The BT63 GT2 will be a great addition to the SRO GT2 category, and will contribute to the continued growth and success of the series.”

Once homologated, Brabham will join the four existing manufacturers currently competing in the new-for-2021 category, with the likes of Audi, KTM, Lamborghini and Porsche already enjoying success in the series' inaugural season.

David Brabham will be making the journey to Circuit Paul Ricard for the October race to oversee this new and exciting project working with SRO, the team and yet to be named drivers.

“Following on from the success of our customer racing programme in the UK with the competition spec BT62 in GT Cup, Brabham Automotive is excited that SRO has extended an invitation for Brabham Automotive to race in the Fanatec GT2 European Series. Having personally competed in SRO series in the past, I very much look forward to seeing a Brabham on track in this series.” 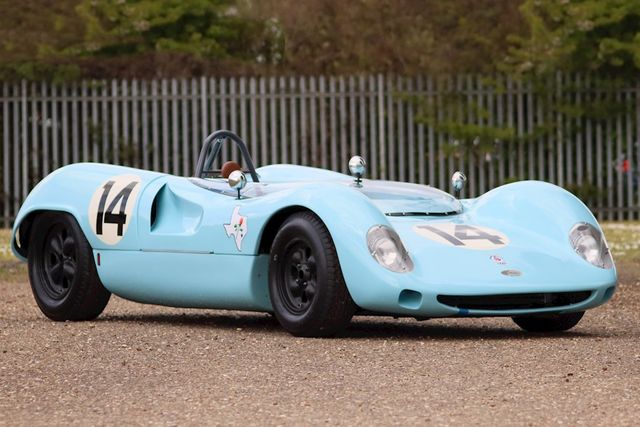