Gooding & Co sells most expensive car of the year: 2021 review

Leading international auction house Gooding & Company is proud to conclude the year with an impressive report of successful growth and performance. Through seven Geared Online digital auctions and the anticipated return to the live auction stage with the market-defining Pebble Beach Auctions, the company realized a total exceeding $150 million in sales, reporting an incredibly profitable year after the global instability of 2020. Indicating steady growth, Gooding & Company sold a total of 1,044 lots, achieving an 88% sell-through rate for all vehicles auctioned, and an astounding 100% sell-through rate for all automobilia. Additionally, the auction house sold 36 cars valued over $1 million. Notably, its average price per car sold this year was an industry-leading $608,014.

﻿
Building upon the previous year’s expansion and development, Gooding & Company excelled further with a number of Geared Online auctions, both in the US and the UK, offering both highly valuable, prized collector cars, and rare automobilia from the collections of famed racing driver Phil Hill as well as renowned collectors Donald L. Weber and Stephen P. Dean. The auction house cemented its global standing this year by announcing a long-term sponsorship of the Concours of Elegance in London, where it will return in September 2022 to conduct a sale held on the exquisite grounds of Hampton Court Palace.

“After the immense challenges and uncertainties of the pandemic, this year bore witness to the strength and resilience of the collector car market, and auction houses like ours came out stronger than ever by maneuvering through unprecedented times with innovation, integrity, and adaptability,” said Gooding & Company President and Founder, David Gooding. “We saw the strong demands of the market unfold in front of our very eyes this year, especially at our record-setting Pebble Beach Auctions. In 2022, we look forward to further delivering our proven company standard with the utmost agility and attentiveness. We are proud to continue expanding our offerings both in the live auction and digital realms, and are especially delighted to become a consistent presence in the UK going forward.”

Gooding & Company made global headlines with the sale of the most valuable car at auction of 2021 with the 1995 McLaren F1 that set a new record for the model at $20,465,000 at Pebble Beach in August. As the most valuable car sold across all global auction houses by a large margin, the F1 was followed by yet another impressive sale by the renowned auction house at Pebble Beach, the 1959 Ferrari 250 GT LWB California Spider Competizione, which achieved $10,840,000. Additionally, the company set numerous world auction records with examples from Bugatti, Lamborghini, Ferrari, and Mercedes-Benz, and continued to achieve top figures from the sales of Duesenberg, Aston Martin, and Ford vehicles. 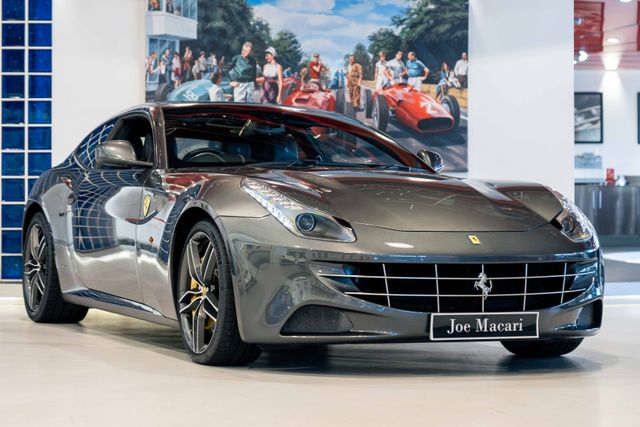