Four Aston Martin Vantage GTEs will return to the scene of the brand’s greatest racing triumph this weekend when three partner teams take on the most famous endurance race of all, the 24 Hours of Le Mans.

This year while there are no works machines in the Pro class, the GTE Am category will feature the highest number of privately-entered Aston Martin GT cars in the modern WEC era. Indeed, this is the largest ever Am entry, with no less the 23 cars participating in the event.

Leading the Vantage charge will be the NorthWest AMR squad, whose owner/driver Paul Dalla Lana (CDN) returns to la Sarthe with his Vantage GTE, this time with his own team NorthWest AMR. Dalla Lana and the 2020 Asian Le Mans Series champion Marcos Gomes (BRA), who lie third in the WEC points standings following a brilliant second place finish in the previous round at Monza, will be joined by FIA GT world champion Nicki Thiim (DEN). For Dalla Lana, who won the GTE Am world championship in 2017 with Aston Martin Racing, winning at Le Mans would be the culmination of a long-held ambition having come so close to victory several times before.

Last year’s winners TF Sport come to Le Mans with an all-new and highly competitive driver line-up with GTE Am race-winner Ben Keating (USA), Dylan Pereira (LUX) and Felipe Fraga (BRA). Having finished second in the opening round of WEC, at Spa in May, the trio were leading the class comfortably last time out at Monza when a puncture cost them track position.

TF Sport’s involvement doesn’t stop there as it also plays an assisting role in D’station Racing’s first assault on Le Mans with Aston Martin. The Japanese team has entered a Vantage GTE for Super Taikyu Championship leaders Satoshi Hoshino (JPN) and regular co-driver Tomonobu Fujii (JPN) along with rising British GT star Andrew Watson. This trio finished third in the Monza WEC round after a thrilling battle with the NorthWest Vantage.

David King - VP, Special Operations & President of AMR - said: “The Vantage GTE reached an unprecedented milestone at last year’s Le Mans 24 Hours with a double-class victory and the GT manufacturers’ world title win. This year we have seen that in the hands of our capable partner teams it remains a very competitive force. I look forward with confidence to seeing what can be achieved in what will surely be a closely contested GTE Am class.”

This year’s Le Mans schedule has been moved from its traditional June date to a mid-August setting to account for the ongoing Covid-19 pandemic. The Le Mans test took place over the weekend, prior to scrutineering commencing in the paddock as opposed to its normal town square venue. Practice and qualifying will run through Wednesday and Thursday while the race will begin at 1600 CET, Saturday, 21 August.

The Le Mans 24 Hours is the fourth round of the 2021 WEC, which features six rounds, beginning with the Total 6 Hours of Spa-Francorchamps (BEL) on 1 May, the 8 Hours of Portimão (POR) on 13 June and the 6 Hours of Monza (ITA) on the 18 July. The series will then conclude with back-to-back races in Bahrain on 30 October and 6 November following this weekend’s Le Mans race. 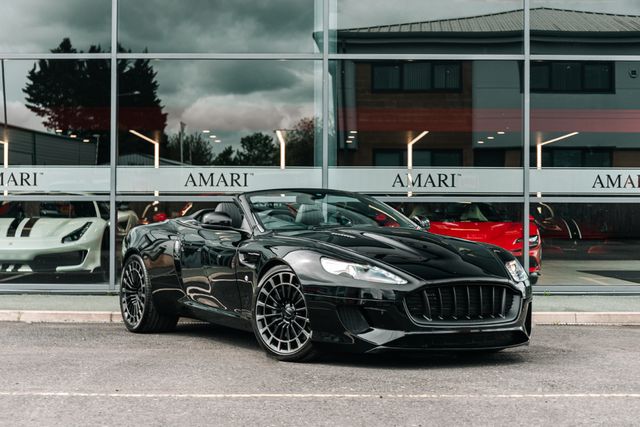